In Riverdale, good parents are hard to come by. Just ask Betty Cooper, whose dad was revealed to be a masked serial killer, or Veronica Lodge, whose father is a mafia kingpin bent on ruining her life, and let’s not even get started on Cheryl Blossom’s disastrous family. But although we have gotten to meet pretty much every parent in town, one has remained conspicuously absent from the show… until now. Newly released Riverdale Season 3 Episode 8 photos show Jughead’s mom and sister for the first time, so fans can finally put a face to Gladys and Jellybean Jones after all this time of hearing about them.

The CW just released some first-look stills from the upcoming eighth episode of Riverdale Season 3, which is entitled "Outbreak," and the photos are all about Jughead’s long-distant mother and sister, Gladys and Jellybean Jones. You should know that we will not be seeing the Jones women on this week’s new episode — "Outbreak" will air next week on Wednesday, Dec. 12, following the seventh episode, "The Man in Black" premiering this Wednesday.

Gladys and Jellybean Jones have been mentioned a few times in the first two seasons of Riverdale, but notably have yet to appear on screen. Gladys took Jellybean and moved to Toledo after growing fed up with F.P.’s alcoholism while the children were still young. Jughead tried to take a bus to Toledo to be with his mom and sister in Season 1, but she told him that it was not a good time. But now the time has come for the long awaited Jones family reunion — the episode description for "Outbreak" reveals that Jughead and Archie will track Gladys and Jellybean down in Toledo:

We also have our first look at Gladys Jones, played by Gina Gershon. Her character description reveals that she runs a scrapyard that doubles as a Serpent compound, and she acts as a leader to her own Serpent gang. The new photos show Gladys definitely knows her way around heavy machinery, and she is also not afraid to pull out a knife: 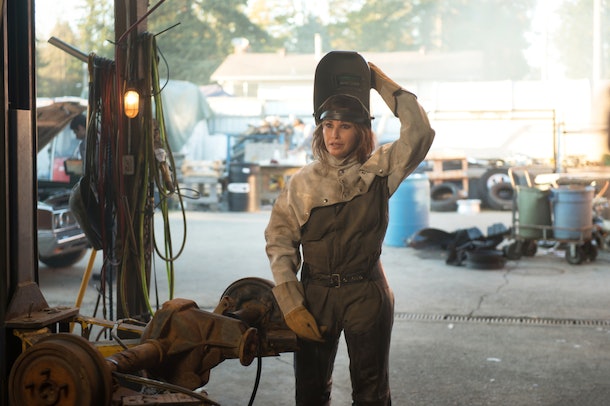 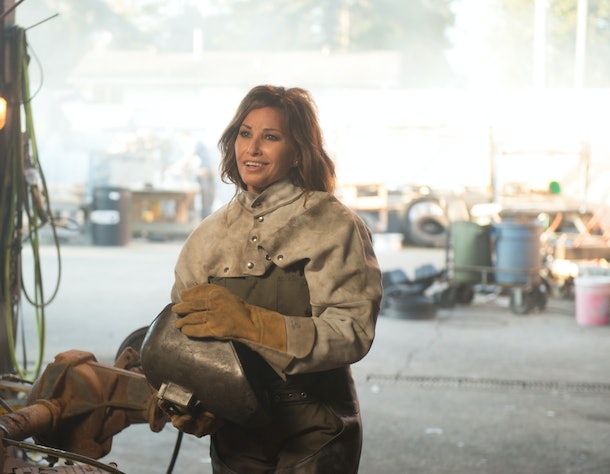 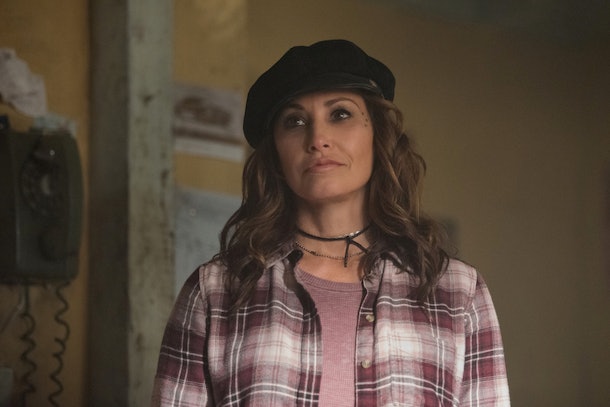 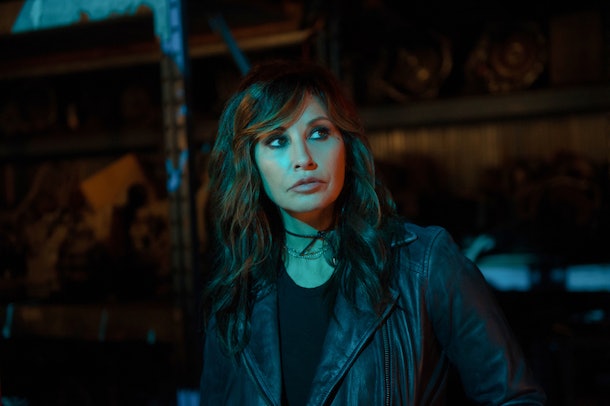 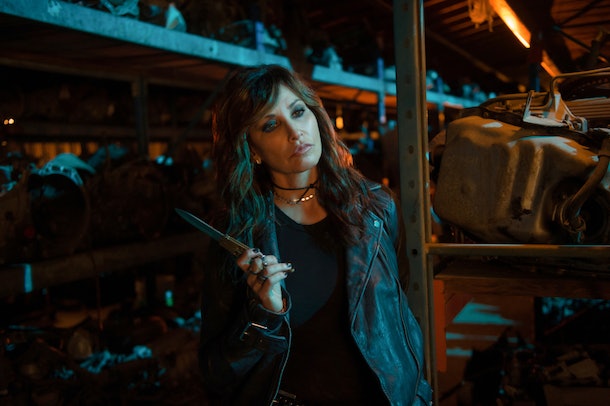 We also get our first look at Jellybean Jones, played by Trinity Likins. Her character description reveals that she is wise beyond her years and picked up a lot of her mother’s knowledge of scamming, making her quite the con artist. She also prefers to now go by JB rather than Jellybean. The new photos tease that Jellybean is an adept mechanic from all her time at her mom’s scrapyard: 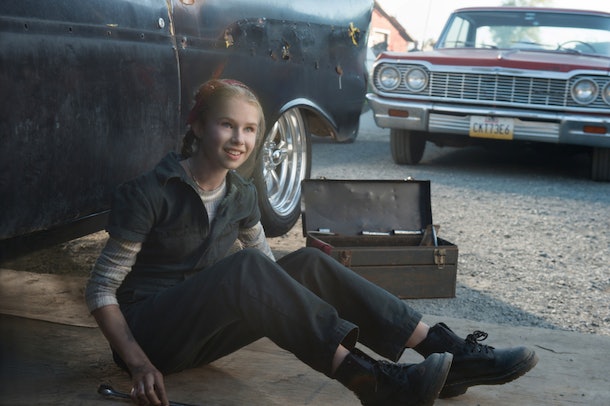 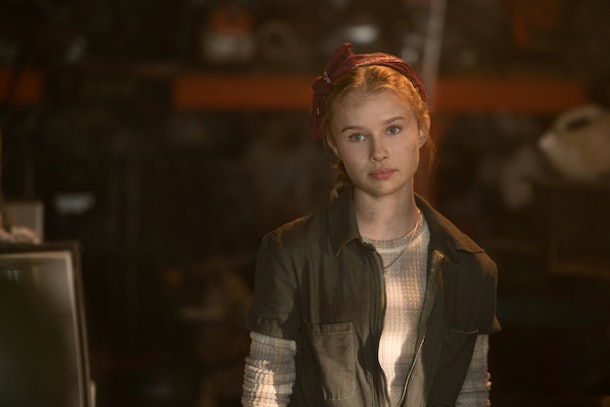 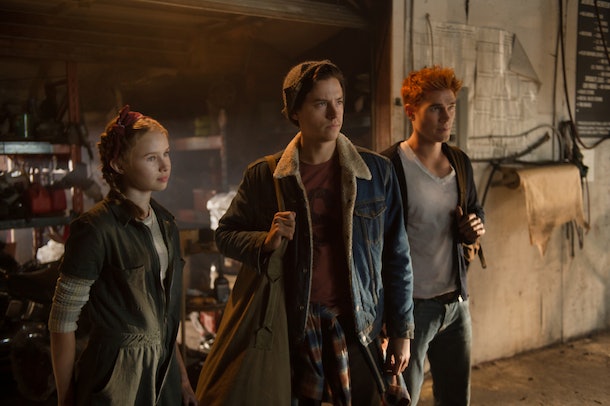 There are only three new stills from "Outbreak" that don’t center on Gladys and Jellybean. Two new shots of Archie and Jughead do not reveal much of anything, and the only photo we get back at Riverdale shows Veronica and Cheryl teaming up against their parents, as Cheryl ominously holds a bucket or trash bin for some reason: 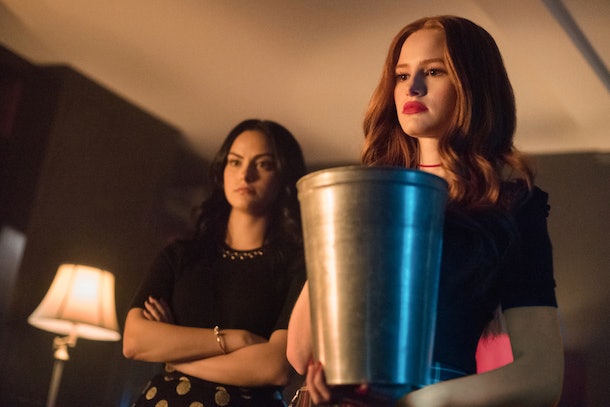 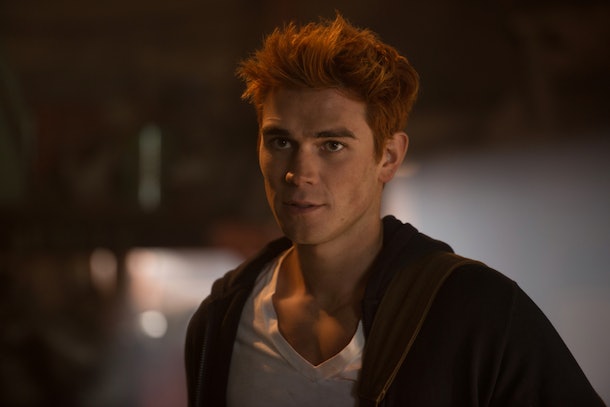 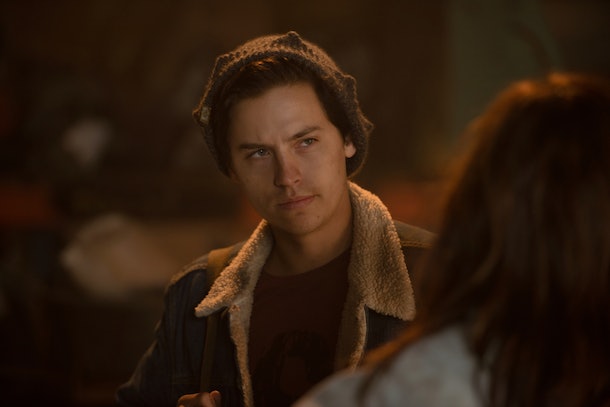