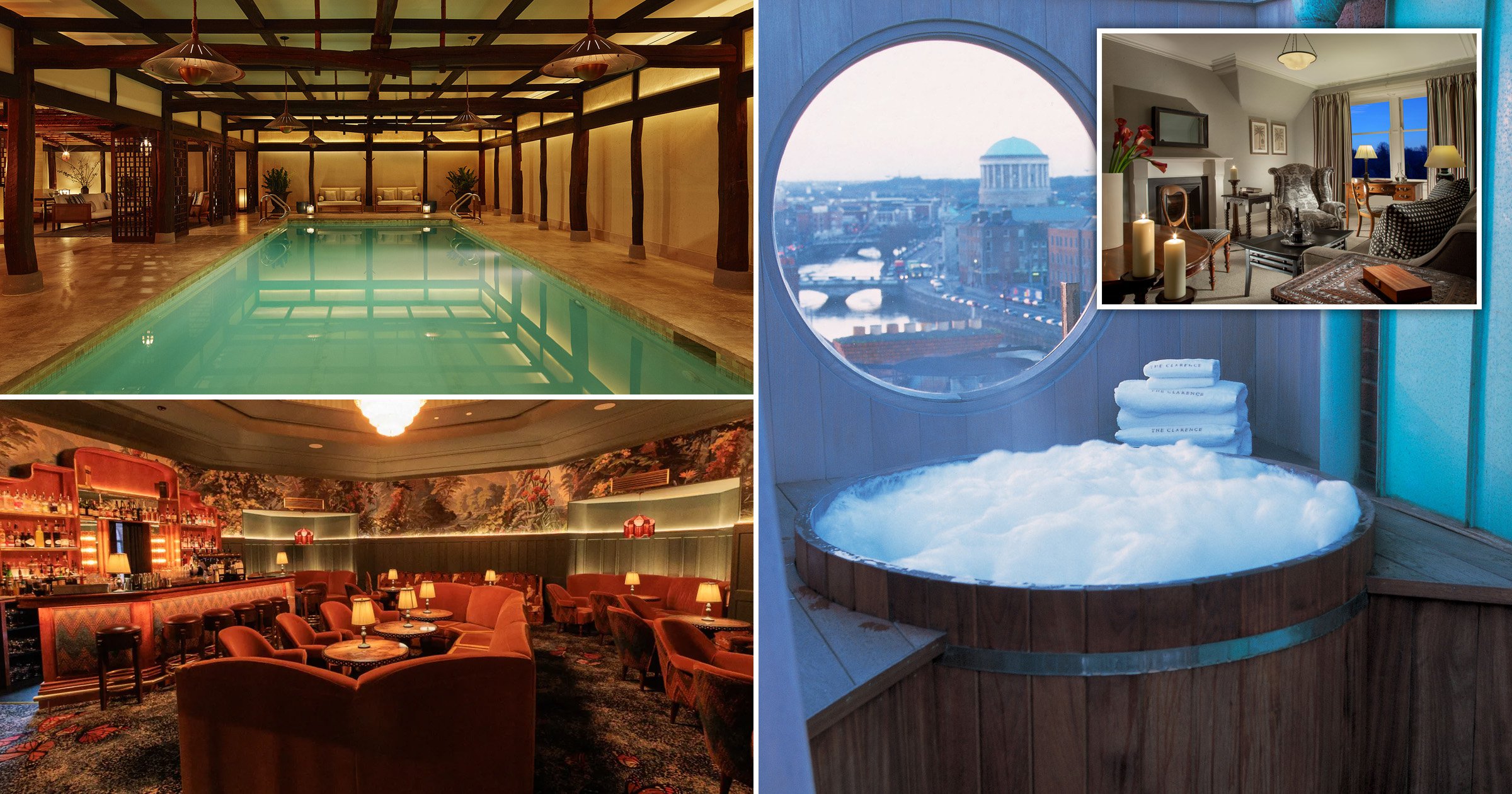 While fame may provide protection from many things (waiting in line for the latest designer handbag and doing your own laundry, to name a few), being an A-lister doesn’t guarantee a completely stress-free existence.

Whether frazzled from a gruelling filming schedule, a publicity tour, or from dodging paparazzi, celebrities need holidays too. And with huge bank balances at their disposal, many of them are opting to buy and create their very own hotel getaways, rather than simply checking into one.

Be it a vanity purchase, a serious investment, or a longhand passion project; there are way more celebrity hotel owners than you might think.

On the West Indies island of Mustique, lies one of Mick Jagger’s private homes that’s also available to rent – for a price.

Boasting a beach setting with incredible views over the Atlantic Ocean, Stargroves Villa is a 1930s property set over seven separate pavilions, connected via a raised walkway.

The Rolling Stones front man’s tropical getaway sleeps up to 10 guests and comes with all the facilities that every self-respecting high roller needs: a swimming pool, fitness room, sundeck, and a team of resident staff, including a butler and chef to cater to every whim.

You might fancy yourself as having the moves like Jagger but, at upwards of £3,500 per night during high season, you’ll need to have a rock star-sized bank balance to match in order to afford a stay here.

Nestled on 14 acres of countryside in the sleepy town of Bedford, New York, what this small country inn lacks in size it makes up for in Hollywood credentials. Though unassuming, this country check-in is owned by none other than Pretty Woman star, Richard Gere.

Purchasing the eight-room inn back in 2007 with his business partner, the screen legend has gone on to transform The Bedford Post Inn into a luxury wellness retreat.

The yoga-loving actor has also installed a yoga studio that offers daily classes alongside retreats and workshops.

Purchased by Bono and other members of U2 back in 1992, The Clarence Hotel was a frontrunner in the gentrification of Dublin’s city centre. And 30 years later, the 49-room boutique check-in remains one of the hippest hotels in the Irish capital.

Located in the happening Temple Bar area, the 1930s vibe and decadent rooms (think thick velvet drapes and custom-designed furniture) are great, but it’s the wealth of dining and drinking venues here that make the place really stand out.

From all-day dining at contemporary eatery, Cleaver East, and cosy pints in The Stout Bar, to a lauded cocktail menu at The Curious Mister (formerly the Octagon Bar).

Not only is this a great venue for a nightcap, it’s also the bar where the band used to hang out before making the hotel their own.

A converted townhouse, each of the Cadogan’s 54 rooms (including 19 suites) have been decorated in an opulence that befits her The Royals alter-ego, Queen Helena Henstridge.

Built by Lord Chelsea in the late 19th century, Liz took over the hotel and renovated it extensively in 2016.

Now offering slick accommodation and fine dining at in-house restaurant, Tartufo, there’s even a suite package that includes bottle of bubbly and luxury transfer, allowing mere mortals the chance to live like a royal for an evening or two.

Though synonymous with the big screen, Goodfellas star, Robert De Niro has another gig on his impressive CV: successful hotelier.

Though co-founding the renowned Nobu Hospitality Group (a hospitality empire that spans multiple eateries and hotels around the globe) the Oscar-winner first cut his teeth in the hotel game with the Greenwich Hotel.

Impressive add ons include the Japanese Shibui Spa, which is housed in an actual 250-year-old Japanese farmhouse reconstructed on site. There’s also a shiatsu room, traditional bathing area, and treatment room for facials and massages.

Tennis star, Andy Murray, loved the location for his brother’s wedding so much, the Cromlix Hotel, that he bought it three years later and even helped his own nuptials here two years later.

Situated just outside his hometown of Dunblane, the tennis ace purchased the 15-room Victorian mansion for £1.8million in 2013 before renovating it from tip to bottom.

Inside the pimped-put pad has its own chapel, games room, and fine dining restaurant, while outside there’s tennis courts, a private loch for fishing, archery and off-road driving.