Hulu’s newest comedy series, Shill, is already generating a huge amount of buzz, and there are endless exciting names attached to it. Lorne Michaels and Elizabeth Banks serve as executive producers while Saturday Night Live standout Aidy Bryant stars as the show’s protagonist, Annie. The series debuts on March 15, and it’s impossible not to wonder if Shrill will return for Season 2 after just six short episodes.

Deadline reported back in September that Shrill was meant to be a six-episode series, and given that it’s based on Lindy West’s book of the same name, it would make sense for the show to have a limited run. But as we know now by Big Little Lies’ continuation and the rumored Sharp Objects second season, series based on standalone books can often take on a life of their own when it comes to TV. Depending on Shrill‘s success, there’s no telling if it could follow a similar path. Ultimately, though, there’s no solid news one way or the other.

Shrill follows Annie through a journey of self-discovery, as she embraces who she is as a woman instead of convincing herself that she needs to change. In an interview with Entertainment Weekly, Bryant talked about adapting the story for TV with West, and how exactly her book influenced what the show set out to do.

"To get to work with her was such a joy. Ultimately, she wrote this Bible of our show, which is the book," she said of West. "It felt like, from when we started, that we were already 10 miles ahead because we had so much emotionally rich material, these flagpoles that we could build the show around."

Reviews of the show, and of Bryant’s performance in particular, have been glowing thus far. That kind of continued praise, paired with an future enthusiastic audience response, could totally nudge the show closer to a second season.

Vulture’s Jen Chaney praised Shrill‘s attitude and it’s fresh take on the feminist attitudes it embraces. "Shrill is steeped in a sense of empowerment and anti-fat-shaming but never succumbs to the sort of cliché, ‘You go, girl’ cheerleading that a less confident show might be tempted to channel," she wrote in her review. "It is a half-hour dramedy that is comfortable in its own skin and doesn’t care if you like it." 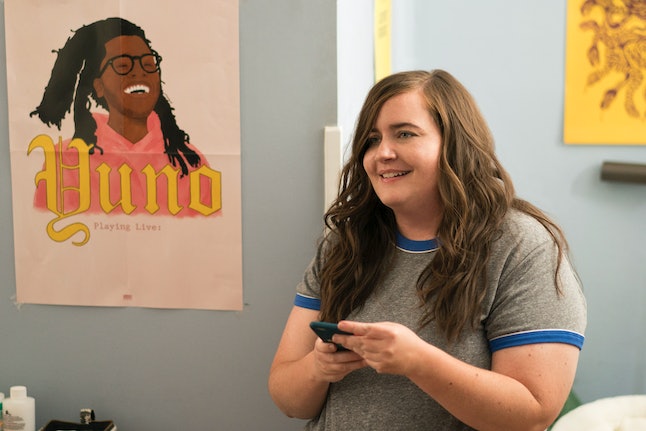 In fact, Chaney said that her main complaint with Shrill was that it wasn’t longer: "I easily could have watched 10 or 13 or 27 of these half-hour slices of humanity that somehow manage to seem both effortless and meticulously conceived all at once."

Collider’s Allison Keene compared it to another popular show about millennial women’s lives, saying in her review that Shrill is "the show that Girls should have been; it has a lush aesthetic and a killer soundtrack, but its emotional beats will sear you to your core." There are criticisms, too, though. Robyn Bahr wrote for The Hollywood Reporter that despite the show’s positives, Shrill "might have more narrational bite if we were treated to a fully realized setting instead of a micro lens on Annie’s small place in it. Bahr also noted that she felt Annie’s "relationships are too underdeveloped to emotionally invest in."

Still, even where it might have room to improve, Shrill seems like a project that could skillfully tighten up those weak spots if it sails into a second season, and tell plenty more worthwhile stories to come.