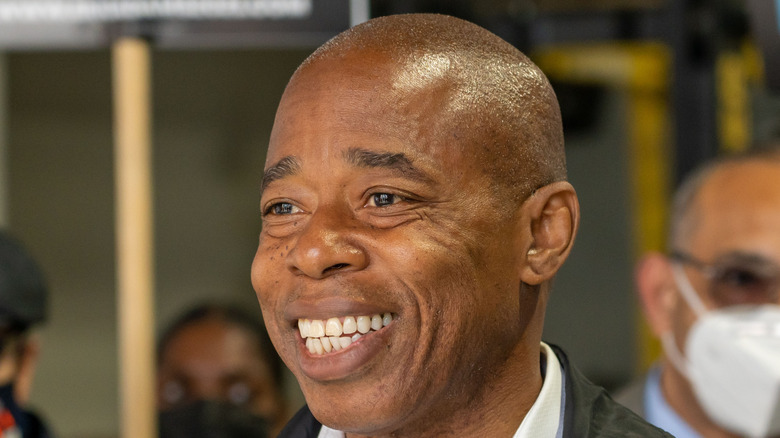 It has been confirmed that Brooklyn Borough President Eric Adams won the Democratic primary for mayor of New York City, according to AP News. Adams was running against former city sanitation commissioner Kathryn Garcia and will be running against the founder of the Guardian Angels, republican Curtis Sliwa, in the general election in November. If Adams wins the election, he will be the second Black mayor in New York City’s history. Democrat Bill de Blasio is New York City’s current mayor.

According to AP News, Adams is a moderate Democrat and former police captain who is opposed to the movement calling for the defunding of police that arose as a part of the Black Lives Matter movement. “If Black lives really matter, it can’t only be against police abuse. It has to be against the violence that’s ripping apart our communities,” Adams told his supporters on the night of the primary, per AP News.

As the mayor of New York City, Adams has stated that he will mostly be focusing on issues related to crime and public safety. Adams hopes to accomplish this by connecting the poor to more government services, reinventing the anti-crime and anti-gun units in the New York Police Department (NYPD), and creating more diversity within the NYPD, according to The Sun.

These policies fall directly in line with the work that Adams has done in New York City over the past decades. 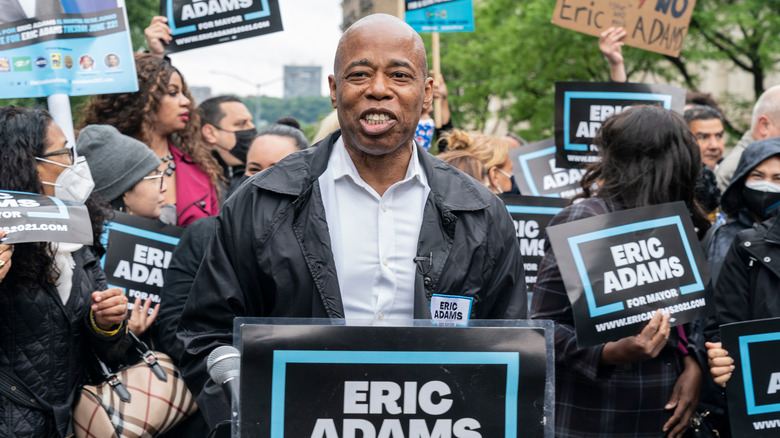 Eric Adams was born in Brownsville, Brooklyn to a single mom and raised in South Jamaica, Queens. According to Adams’ website, he was beaten by the police in the basement of a precinct house when he was only 15 years old. This event led Adams to join the New York Police Department (NYPD) and create the 100 Blacks in Law Enforcement Who Care, which was created to police the crime-ridden streets of New York City in the 1980s and 1990s. From there, Adams represented central and Brownstone Brooklyn in the State Senate and was eventually elected as the Brooklyn Borough President in 2013.

Though Adams has been a popular public official in New York City, he has also been met with his fair share of criticism for comments he has made about other politicians and gentrification in New York City. In 1993, Adams said that Puerto Rican-born politician Herman Badillo should have married a Latina instead of a white, Jewish woman, according to AP News. Just last year, Adams complained about New York City gentrification, saying, “Go back to Iowa. You go back to Ohio. New York City belongs to the people that were here and made New York City what it is,” per AP News.

Aside from looking after Brooklyn, Adams is looking after his health. The politician credits a plant-based lifestyle with reversing his diabetes, according to AP News. Currently, Adams resides in Brooklyn with his partner, Tracey Collins, who works as an administrator in the city’s public school system.