The fundamentalist Exclusive Brethren church is renowned for its strict doctrine of isolation from the modern world. Members are told not to vote in elections, watch television, join a union, go to university or socialise unnecessarily with outsiders.

The risk of being excommunicated extends to other more antiquated rules that men should not wear shorts, couples may not live in “sin”, and women should not wear pants, have short hair or work in a position of authority over men. 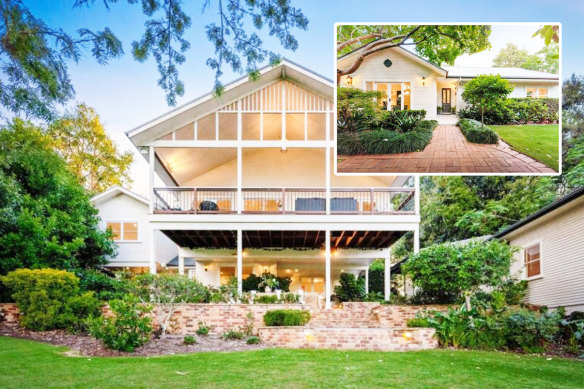 The Windsor home of Russell Woodbury was among the first to sell in the exodus. It sold for $1.98 million.Credit:Domain

That unflagging devotion to religious beliefs showed itself on property records this year as hundreds of members in the Windsor area, north-west of Sydney, sold their homes, closed businesses and relocated to Brethren communities around the country.

About 40 privately owned houses of Brethren members have been sold, totalling more than $58 million in sales, as members settle into new lives and church communities as far afield as Victoria, Tasmania, Leeton in the state’s south-west, the Central Coast and the Blue Mountains.

But as the exodus ends more than half a century of Brethren life in Windsor, a dispute has emerged over whether the move was prompted by the recent floods that have inundated the area, or whether it is the end game of a political grudge within the leadership of the church, now known as the Plymouth Brethren Christian Church.

A statement attributed to senior church member Russell Woodbury acknowledged that “local Hawkesbury residents have been part of, and share a deep history with, the Windsor community for over 50 years.”

But, the statement said: “After the repeated and devastating flooding events over the past few years, and considering the future impacts of climate change, like many in the area, we have had to consider our church, member’s homes and businesses in the long term. 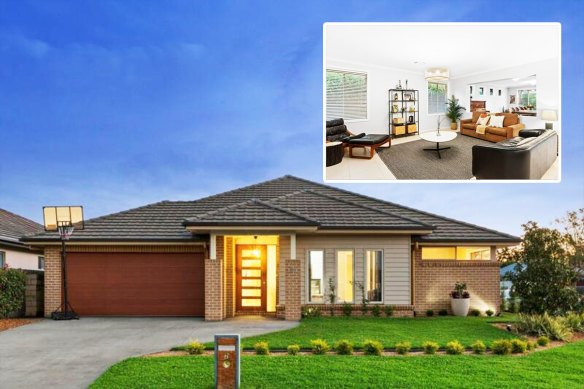 This five-bedroom house at Pitt Town was listed a year ago for $1.75 million to $1.85 million and sold in April for $1.745 million.Credit:Domain

“Our congregation met and together in March 2021 decided the safest course of action was to close the churches in the Windsor area and for members to shift their homes and businesses to other PBCC communities, of their choice, across the country.” 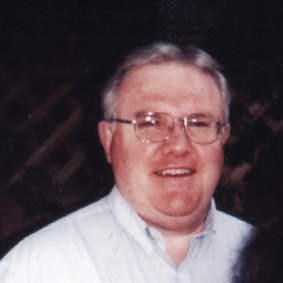 Bruce Hales is the global leader of the Plymouth Brethren Christian Church.

The collective nature of that decision has been dismissed by former Brethren members of the Windsor community, who point instead to global leader Bruce Hales, known as the Elect Vessel, as the only authority in the church.

One of those former members is Woodbury’s nephew, Ben Woodbury, who was born and raised in the Windsor Brethren community. He left the church in 2016 and was excommunicated soon after.

“The late [former] leader never agreed on the Brethren starting a community here, and the current leader carries his father’s long-standing grudge.”

Ben, who remains in Windsor, where he owns the homewares shop Manor on George and children’s boutique Manor Little One, says his family was sent to live in the Blue Mountains, causing much distress to those still trying to “make peace with it”. 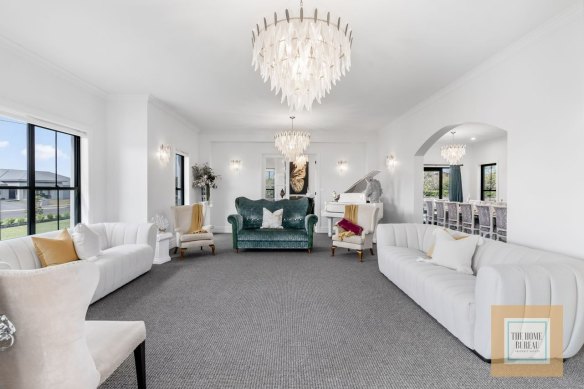 This six-bedroom mansion was recently completed on a block of land bought in 2018 for $950,000, and is now for sale.Credit:

“My mother would never have moved to Katoomba of her own choice,” Ben said. “I was told first-hand by another community member that their mother hadn’t stopped crying once they were told to move to Picton.”

A text from another member, seen by this masthead, shares a joke about joining the Anglican Church “because apparently they don’t make you move out”.

The extent of the church’s isolation from the surrounding community was apparent last week when only one of about a dozen business owners in the Windsor town centre said they were aware the Brethren had left.

Hawkesbury deputy mayor Barry Calvert was also unaware the Brethren had left, but wasn’t surprised they had done so because there had been six floods in the past 18 months, three of which forced the closure of the Windsor Bridge. 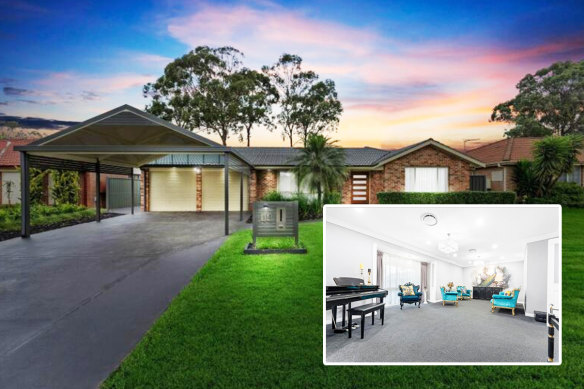 This five-bedroom home with four living areas and children’s play equipment at the rear sold for $1.18 million in June.Credit:Domain

Real estate agents in the Windsor, Bligh Park and Pitt Town suburbs, however, have been keenly aware of the deluge of homes coming up for sale, calling it “the great Brethren migration”.

“From an agents’ perspective, it pays to get in good with the Brethren, and talking to the media about them isn’t how you get to sell more of their houses,” said one agent on condition of anonymity.

The move comes at a high point in the property cycle, Domain data shows. In suburbs such as Bligh Park, Pitt Town and South Windsor, where most of the Brethren houses were located, values soared a respective 15.3 per cent, 26 per cent and 13.3 per cent in the 12 months to September.

Of the four local assembly halls, two have been sold in South Windsor and Pitt Town, as well as the main church (which can fit 500 people) in South Windsor. Those three sales raked in a total of $6.5 million to the church’s trust coffers. 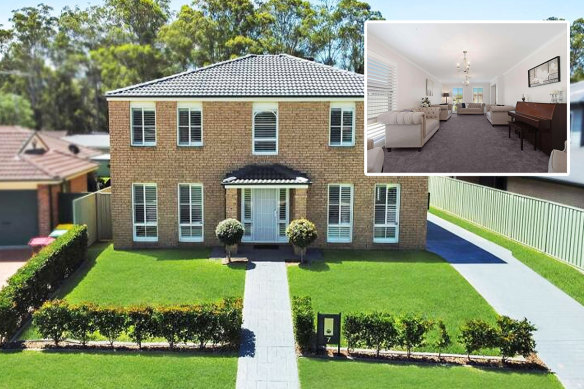 The two-storey house at Bligh Park comes with a five-bedroom main residence and a two-bedroom dwelling at the rear. It sold for $1.73 million.Credit:Domain

There are a handful of houses and assembly halls still for sale.

Agents uniformly declined to be quoted for this story, for fear of jeopardising future listings, but many of them spoke about the immaculate condition and presentation of the Brethren houses, featuring a penchant for pianos and bars, but rarely any televisions or swimming pools.

“These houses are so posh,” said former Brethren member, now excommunicated, Russell Dent. “It shows the Brethren are really not shy about flaunting their wealth now, which was so against the teachings of previous leaders like John Hales. 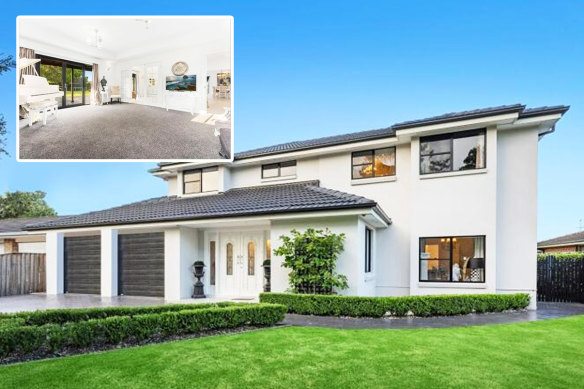 This Bligh Park house had a pool when it last traded in 2014 for $652,000. It has been renovated since and the pool was filled in before it sold for $1.28 million in July.Credit:Domain

As Windsor’s Brethren community was being wound up this year, the Hales family’s lavish taste in housing has made headlines given their purchase of some of the most expensive homes in Epping and Dural.

In November, Gareth Hales, son of Bruce Hales, purchased a weekender in Dural for $9.5 million. The estate was bought with cash and includes a swimming pool, as well as a tennis court, golf driving range, home theatre and billiard room. 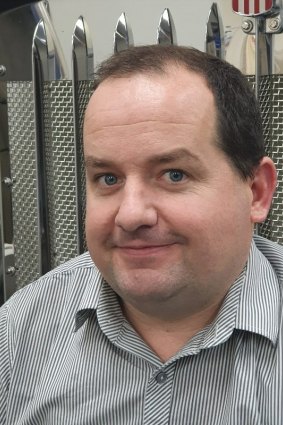 Russell Woodbury recently moved from Windsor to the Blue Mountains as part of what local agents are calling ‘the great Brethren migration’.Credit:LinkedIn

A few months earlier, Gareth’s brother Dean Hales set a high of $7.5 million for an Epping house, topping previous suburb records set by other members of the Hales family of $4 million in 2016 and $5.75 million in 2019.

The church said the decision to leave Windsor was not taken lightly.

Russell Woodbury’s statement said: “A committee was established to ensure all community members had somewhere to move to and that they received the support they needed to find homes and employment in their new community.

“Around 200 members were involved in the move to other parts of NSW as well as interstate, and, as you can appreciate, this has taken some time for the families involved to finalise.

“The proceeds from the sale of the churches in the Windsor area will be proportionately distributed back among the church communities where members are establishing their new lives.”

A private bus service for school children between Windsor and the Brethren’s OneSchool Global campus in Oatlands stopped running this year.

This isn’t the first time the church’s Elect Vessel has directed a community to move out of an area, according to Dent.

Dent said he and other Brethren who lived on the north side of the Hawkesbury River in Wilberforce and North Richmond were told to move back to the Windsor central area after the former global leader John Hales came to power in 1987.

“At the time, there was flooding that impacted the roads, so we couldn’t fulfil the requirements of the assembly calendar by attending church daily,” Dent said. “It was only ever a temporary stop for us though, just a few days when flooding was at its worst, but it was enough to make us all have to move across the Hawkesbury.”

Dent dismissed claims about climate change being a concern.

“That’s a load of hogwash,” Dent said. “The Brethren usually take the conservative view, as we know from their support of the former Liberal governments, in particular the Howard government, and that includes the belief that coal is in the ground to be used, and that God is in control and climate change is not man-made.”

The Brethren’s support for former prime minister John Howard was first revealed by The Age and The Sydney Morning Herald’s Michael Bachelard, who reported the ban on voting did not include generous political donations and lobbying on conservative causes.

But that federal government support seems to have ended in 2007 when Kevin Rudd was elected prime minister. He referred to the Brethren as an “extremist cult” that he claimed broke up families and was bad for Australia.