The future of the DC Extended Universe has been thrown into question as The Flash star Ezra Miller faced arrest, causing fans to turn to Grant Gustin. In the CW The Flash, Grant Gustin plays Barry Allen, and the scarlet speedster has proven to lead one of the stronger CW DC shows compared to Supergirl and Batwoman. However, fans want to see WB replace Miller with Gustin on the big screen after the latest drama. 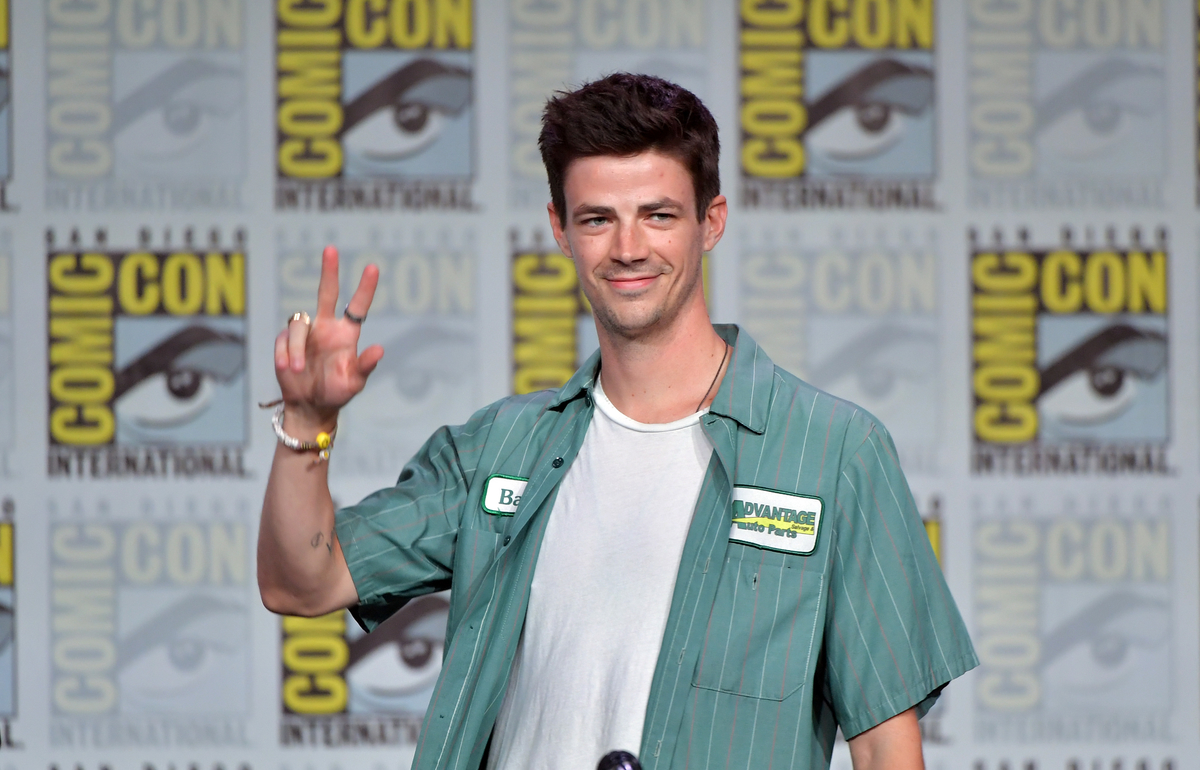 After Ezra Miller’s arrest, ‘The Flash’ fans called for Grant Gustin to play the scarlet speedster in the DCEU

On March 28, 2022, Ezra Miller was arrested and charged with disorderly conduct and harassment in Hawaii.

“The Flash star, who identifies as non-binary and uses they/them pronouns, had been at a karaoke bar Sunday night when they began ‘yelling obscenities and became agitated when people began singing karaoke,’” the Hawaii County police announced (via PageSix).

A star in movies from both DC and Marvel (like Eternals), Ezra Miller quickly fell out of grace with fans. He first starred as Barry Allen, aka The Flash, in Justice League (2017). However, with the solo Flash movie in the works, fans wanted a complete pivot from Warner Bros.

DC fans called for Grant Gustin from the CW The Flash TV show to replace Ezra Miller in the DCEU.

While Zack Snyder has his supporters, many DC fans already think Gustin plays the better version of The Flash. The Flash Season 1 started in 2014. And after season 7 wrapped up with The Flash Season 8 on its way, Gustin has a strong following.

While Miller was meant to reflect the darker tone of the DCEU, fans feel like Gustin brings more emotional weight and better acting to the role.

“Sorry, but Ezra Miller could never top this,” one fan on Twitter posted. “Grant Gustin and John Wesley Shipp, two legends already gave us The Flash we deserve.”

“Just put Grant Gustin as The Flash in the movies,” another Twitter fan posted. “[It] becomes clearer and clearer after each drama with Ezra Miller.”

While drama surrounds the future of Ezra Miller in the DCEU, Grant Gustin fans are just happy to see appreciation for The Flash. Batman fans have had plenty of time in the spotlight with Robert Pattinson’s Dark Knight blowing away audiences. Its nice for another Justice League member to be appreciated.

“It’s great to see such love and appreciation for Grant Gustin today,” a fan on Twitter posted. “He has been nothing short of exceptional as Barry Allen on The Flash over its eight years and has etched his place in superhero history as one of the best. An incredible actor and undisputed Flash.”

While the future with Superman, Batman, and Wonder Woman seems uncertain for Miller, The Flash Season 8 airs on the CW in April 2022.