I come from a different side of the world, where August means summer and Christmas happens in winter. Ten years ago, I flew away from my homeland, chasing my dreams and my future, to finally arrive here, in Australia, to a new world, a new life.

When I departed the city I was born in, Barcelona, I left many things behind. I left my family and friends, I left my job and my apartment, and I left a personal photographic project, nameless at that point in time. I left the project there, but I brought these photographs here. With the passing of time, these film slides have matured enough, so the project has gained a name: Fading Faces. 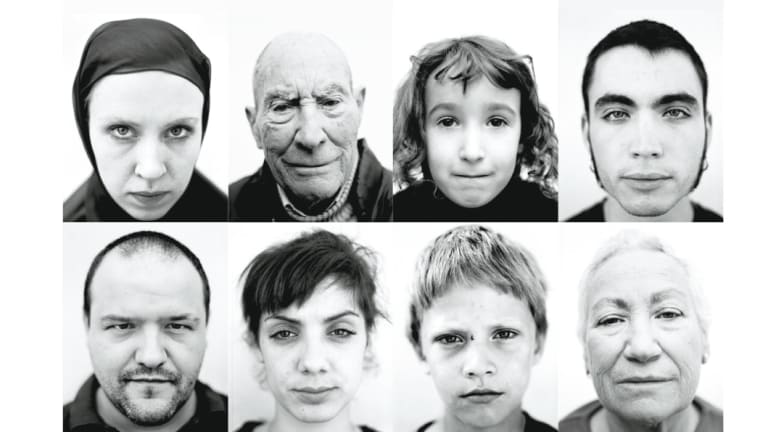 Some of the Fading faces photographs Jonathan brought to Australia with him.Credit:Jonathan Cami

In those years my world was different; the world was different. We didn't have smartphones. The mobiles we did have were merely for talking, not to keep everybody posted about our latest meal. Ten years ago, all my cameras were analog. In those days I was a young, reckless man who wanted to portray himself through other people, building a human map of those who were part of my life; people who, altogether, described who I was.

I used to live along Las Ramblas in Barcelona, in a small attic with a rooftop. On that rooftop, against a wall, I had a stool. I asked my family, my friends, my workmates and my acquaintances to come upstairs to sit on that stool and let me take a single shot with my beloved, old, 4-inch x 5-inch Linhof Technika camera. Shooting with a large-format piece of equipment wasn't easy. It's one of those cameras you see in old movies, where the photographer shoots from underneath a black blanket. I worked with it because its lens' bokeh (the aesthetic quality of the blur produced in the out-of-focus parts of the image) was exceptional and unique.

Once the film is loaded into the camera, you can't see the image you are trying to capture through the viewfinder. My subjects had to stay very still to allow me to capture that exact 1/60th of a second of their life, of my life, of my world. Everything was captured on that single sheet of black-and-white film.

I wouldn't shoot more than one frame – that would have been cheating. I wasn't looking for perfection. I wasn't looking for beauty. I didn't ask for smiles. I didn't want them. I was trying to portray myself, to understand myself, to transfer that exact moment of my life onto a sheet of black-and-white film, seeing my camera and myself reflected inside each person's eye.

The film I used no longer exists. And in this fast-paced world my camera didn't fit in, so I had to let it go. Nowadays, not many people have the patience to wait for film to be processed and developed. Having my Linhof in a closet was just a sad reminder of the film days, when each photograph was different. Now that world belongs just to artists and the very fortunate and talented photographers who possess the luxury of time.

Barcelona, like film, is fading as well, slowly losing its soul, sold for a handful of euros to eager tourists. Some of them are looking for a different culture, for ways to learn and enrich themselves, but most are just putting another tick in their maps app, and taking yet another identical selfie to post where only the background is different. My rooftop, too, has disappeared into the touristy part of Barcelona; the old block has been engulfed by Airbnb apartments. 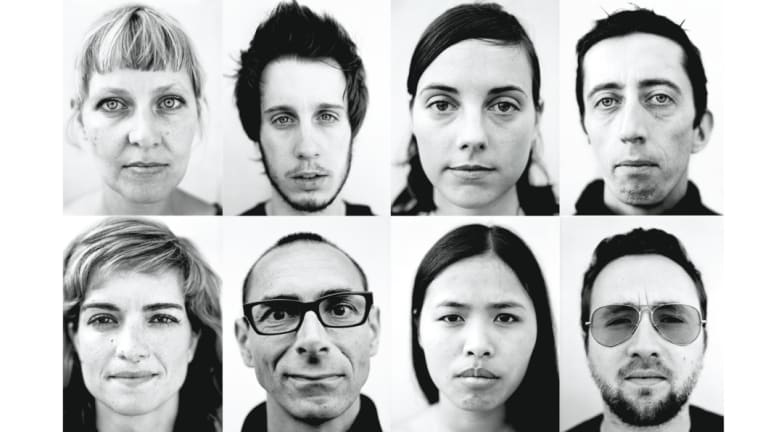 “One second after I took those portraits, the faces were already different.” Credit:Jonathan Cami

Overall, these faces, my faces, have changed, too; maybe they don't exist anymore. One second after I took those portraits, the faces were already different. Ten years later, they no longer portray me; not my world, not my life. Most of them belong to somewhere I don't recognise anymore. I'm not sure what was real and what, through the filter of time, are just nice memories of my reckless, toll-free youth.

But looking back at my idealised past again, not only do I see my old self, the person I wanted to be, but I see the city I left behind, the country I used to live in, as a welcoming and open place. Maybe this is the self-portrait I was trying to capture; it's not for me to say if it was real or not. That world of 10 years ago was before Instagram, before everything had to be posted right away, onto a small screen, scrolled ever downward, gone. It was a time before everything looked the same.

These portraits weren't shot to be shown like this, but rather to be kept in a drawer until they would mature, and some day be exposed in a large format. But it seems the time of having these gigantic, staring faces enlarged to the size of a wall won't arrive. As you know, film is organic and eventually it will fade, like the faces, like everything else. Like me.

To read more from Good Weekend magazine, visit our page at The Sydney Morning Herald, The Age and Brisbane Times.