Labour party aide: ‘Would you like to meet Keir Starmer?’ Baffled voter: ‘Who?’: The oh-so-telling Hartlepool exchange that reveals why the strategy went so wrong – and why it will spark civil war, writes ANDREW PIERCE

As a disconsolate Sir Keir Starmer trudged under an overcast sky, his dark overcoat spattered by rain, one of his aides rushed across the street past a boarded-up shop in Hartlepool to talk to two women laden down with shopping.

‘Would you like to meet Keir Starmer?’ said the young male canvasser wearing a red rosette. The reply from the women, who were trying to escape the rain, was crushing: ‘Who?’

The same scene was played out repeatedly on Starmer’s three visits to the town as he battled not only a lack of recognition but also enthusiasm from people who should have been natural Labour supporters.

Even those who knew who he was muttered inaudibly about having no time to talk. The same fate was suffered by Angela Rayner, Labour’s deputy leader, on her three visits to Hartlepool, and by the ten shadow cabinet ministers ordered into the town to try to drum up support.

But when Boris Johnson arrived the reverse was true. His officials and police protection officers had to gently push people away as they tried to throng around him. ‘Boris wanted to play the crowds but we had to respect social distancing,’ said a Tory minder. 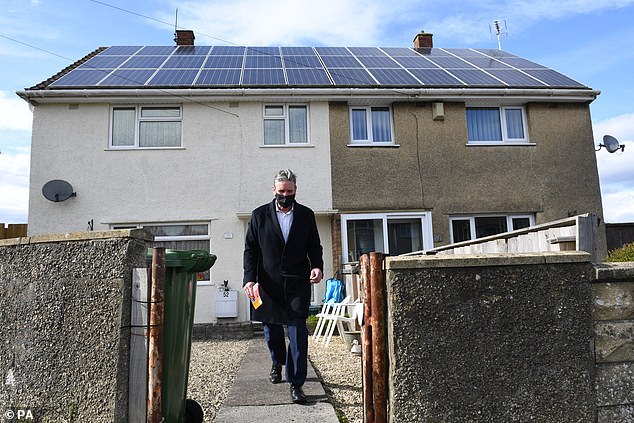 By the time Starmer’s team turned up at Mill House Leisure Centre for the count, the only issue was how many votes they would lose by. Jenny Chapman, Starmer’s chief of staff, spent most of the early hours on a stack of gym mats in the corner of the sports hall. As the Tory votes piled up, she became increasingly ashen.

She had ridden roughshod over the views of local party members who warned against holding the by-election, triggered by the resignation of a Labour MP, on the so-called Super Thursday – the biggest set of local elections in half a century.

The locals were desperate to avoid holding the poll on the same day as the hugely popular Tory Ben Houchen was running for re-election (successfully as it turned out yesterday) as Metro Mayor in Tees Valley. They feared his campaign could damage Labour’s in Hartlepool next door.

There was also concern about the way Chapman and Starmer ruthlessly imposed their preferred candidate, presenting the local party with a ‘long-list’ of one. Paul Williams is not only not from Hartlepool, which voted 70 per cent Leave in the Brexit referendum, he is also a fanatical supporter of the EU and never accepted the result.

He made this all too plain as MP for pro-Brexit Stockton South – before he was rejected by voters for the Tories in the 2019 election.

And yet Starmer still put him forward as Hartlepool candidate, a decision that shows the Labour leader has no comprehension of the anger people feel towards a political class that tried to overturn 17.4million votes to leave the EU. ‘His selection was a slap in the face of Hartlepool people,’ said one party official. ‘Why would they now trust Starmer who picked him?’

It is a question many are now asking, for Starmer’s leadership qualities are under scrutiny as never before. Too cosmopolitan, out of touch with working-class supporters… the criticism among Labour stalwarts is becoming deafening. Losing a seat to the governing party in a by-election – as in the case of Hartlepool – has happened only three times since the 1960s. Even Jeremy Corbyn held on to the seat twice.

Last night, Labour MP Khalid Mahmood announced his resignation as a shadow defence minister, saying his party is failing because it has been taken over by ‘a London-based bourgeoisie with the support of brigades of woke social media warriors’.

Meanwhile, the trade unions, who bankroll Labour, are becoming uneasy. Labour’s biggest backer Unite has donated only £250,000 since Starmer’s election. This is in contrast to the same period of Corbyn’s leadership, when Unite gave £1.5million.

Nor is Starmer’s charm offensive to win back wealthy donors to cut the reliance on unions.

Returns to the Electoral Commission show only £200,000 of donations from private individuals compared to £627,000 in the same period for Corbyn. Party membership is also down to 496,000 from a 564,000 peak under Corbyn. The Hartlepool debacle will only make matters worse.

‘Starmer and his sensible metropolitan centrists are in trouble,’ one prominent trade unionist told me. ‘Their claims that all Labour’s problems are down to Corbyn are blown apart.’

The trade unionist added: ‘He’s not Keir Starmer any more, he’s Unclear Starmer. The last three Labour leaders – Ed Miliband, Jeremy Corbyn and Keir Starmer – all lived within a ten-minute bus ride of each other in fashionable metropolitan north London. Is it time we looked to the unfashionable north of England and picked a working class leader?’ 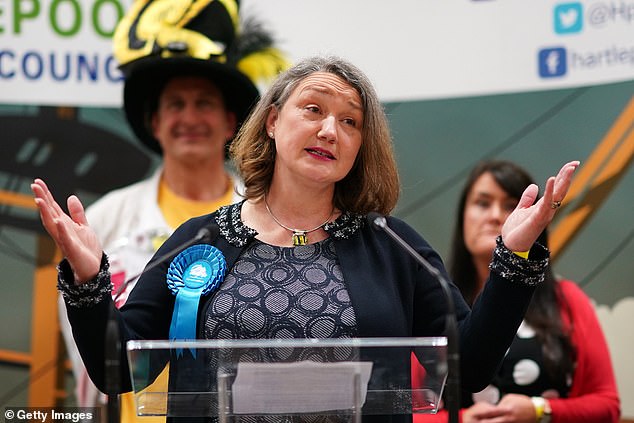 An ill-fated Starmer photo opportunity in the wallpaper department of John Lewis in Manchester, to try to embarrass Boris over the row over the Downing Street flat, provoked scorn among many Labour MPs. One said: ‘It chimed with the Tory charge that we are playing cheap party politics at a time of a grave public health crisis.’

The inquest into the disastrous campaign will focus on why it was dominated by one theme: Tory sleaze. Labour MPs alerted Starmer’s office that the message was not cutting through on the doorstep – yet Starmer ploughed on.

One Labour peer told me: ‘It was negative, vacuous and raises serious questions about Starmer’s strategy, credibility and electability.’

The truth is that Starmer now faces a full-blown crisis barely a year since he took over as leader. Hartlepool shows Labour could not be further from returning to government. It is not unthinkable that a formal leadership challenge could emerge from the Left or Right of the party.

Andrew Scattergood, leader of far-Left Momentum which was established to bolster Corbyn, said Starmer is to blame for the Hartlepool result, adding: ‘He needs to ask himself: “Am I the right person to lead Labour?” ’

And even the Labour leader’s allies appear to be questioning his ability.

Supporters such as Lord Adonis, who was Tony Blair’s head of policy, told me brutally: ‘The verdict of the voters is that Keir simply isn’t working.’