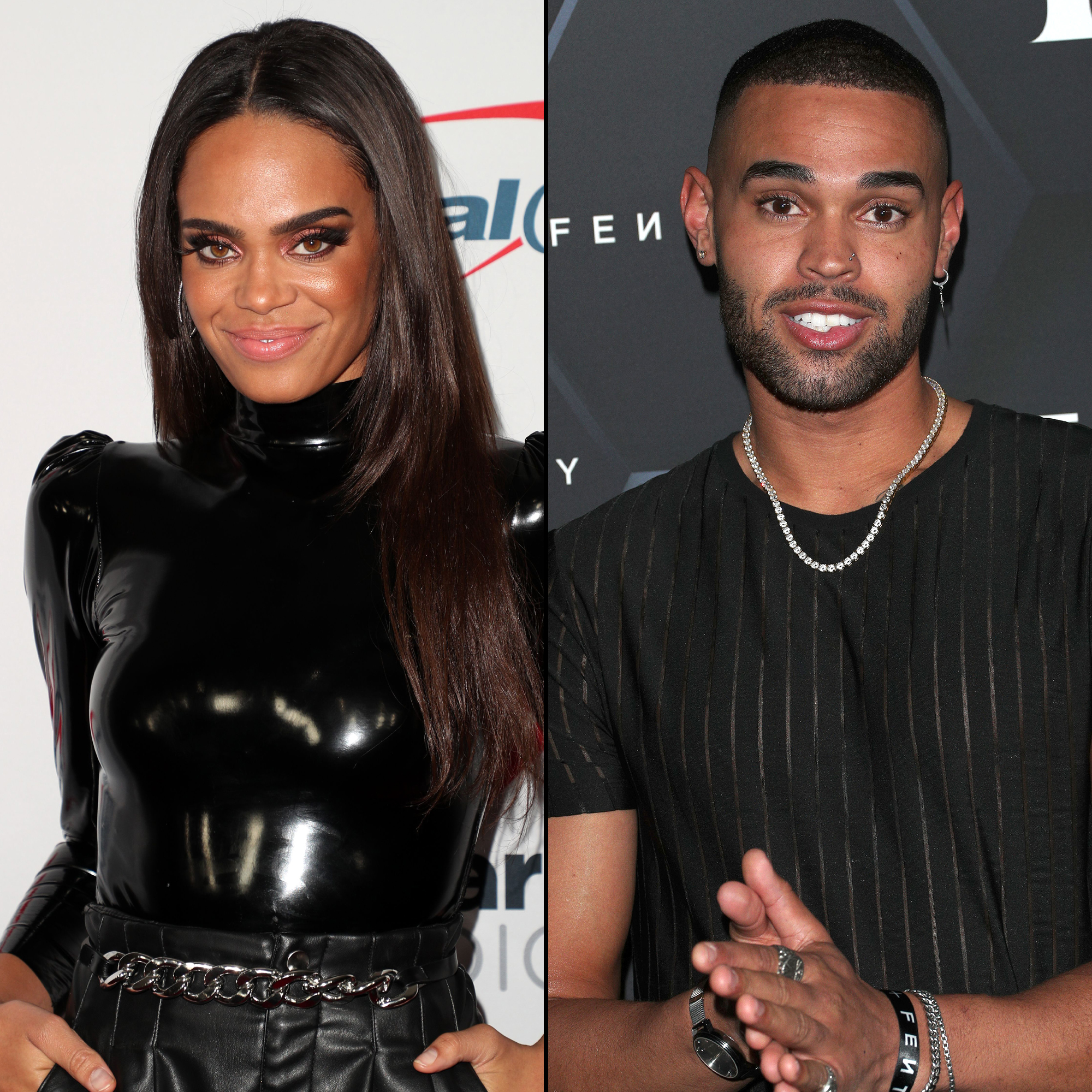 Looking back. Nearly three months after Michelle Young and Nayte Olukoya called off their engagement, the former Bachelorette’s fans have a theory about why it ended.

Michelle Young and Nayte Olukoya’s Split: Everything They’ve Said About Ending Their Engagement

“So, I saw a video on my For You Page, I don’t remember the creator but … They were talking about how it was really obvious to them that Nayte and Michelle were never going to last,” a TikTok user speculated in a video earlier this month. “Because Michelle is not Nayte’s type and it doesn’t really have anything to do with looks because Michelle is stunning, but a lot of leads don’t go for the person that’s actually the best for them.”

She continued: “Instead, they go for the hottest person in the room or the person they feel like would be out of their league in real life. On the show, we heard Michelle talk about how she didn’t grow up as the pretty, popular girl that went on a lot of dates. So with Nayte, I think she saw her opportunity to go for the cool, hot, popular guy that she’s always wanted.”

The Minnesota native, 29, for her part, seemingly slammed the theory, writing, “Sooo that was the issue” and added a face-palming emoji.

Bachelorette’s Michelle Young and Nayte Olukoya: The Way They Were

The elementary school teacher and the Canada native, 28, announced in June that they had split after less than one year together.

“To those who have supported Nayte and I, including Bachelor Nation, I know I speak for the both of us when saying having a relationship in the public eye has not been easy,” Young wrote via Instagram Story at the time, confirming the pair’s breakup. “I’m struggling to say that Nayte and I will be going out separate ways but I stand with him in knowing the heaviness that is present in both our hearts as this relationship has been very real for us.”

She added: “To you, Nayte, you quickly became my best friend and the love I have for you is incredibly strong. I will never stop wanting to see you succeed. … I will always acknowledge and appreciate the adventures, support and growth both Nayte and this experience have brought me. At the same time, I’m deeply hurting and will need time and space to work through this heartbreak.”

Olukoya — who proposed to Young during the December 2021 finale of The Bachelorette season 18 — has since been candid about his intentions in pursuing his ex-fiancée.

Bachelor Nation Couples Who Have Split in 2022

“I went on the show with no expectations. Just an open mind and an open heart,” the sales executive wrote via Instagram Story later in June, praising Young for helping to open up his heart. “But figured if I find my person, then thank God I went. Yes, I truly believed Michelle was my person.” 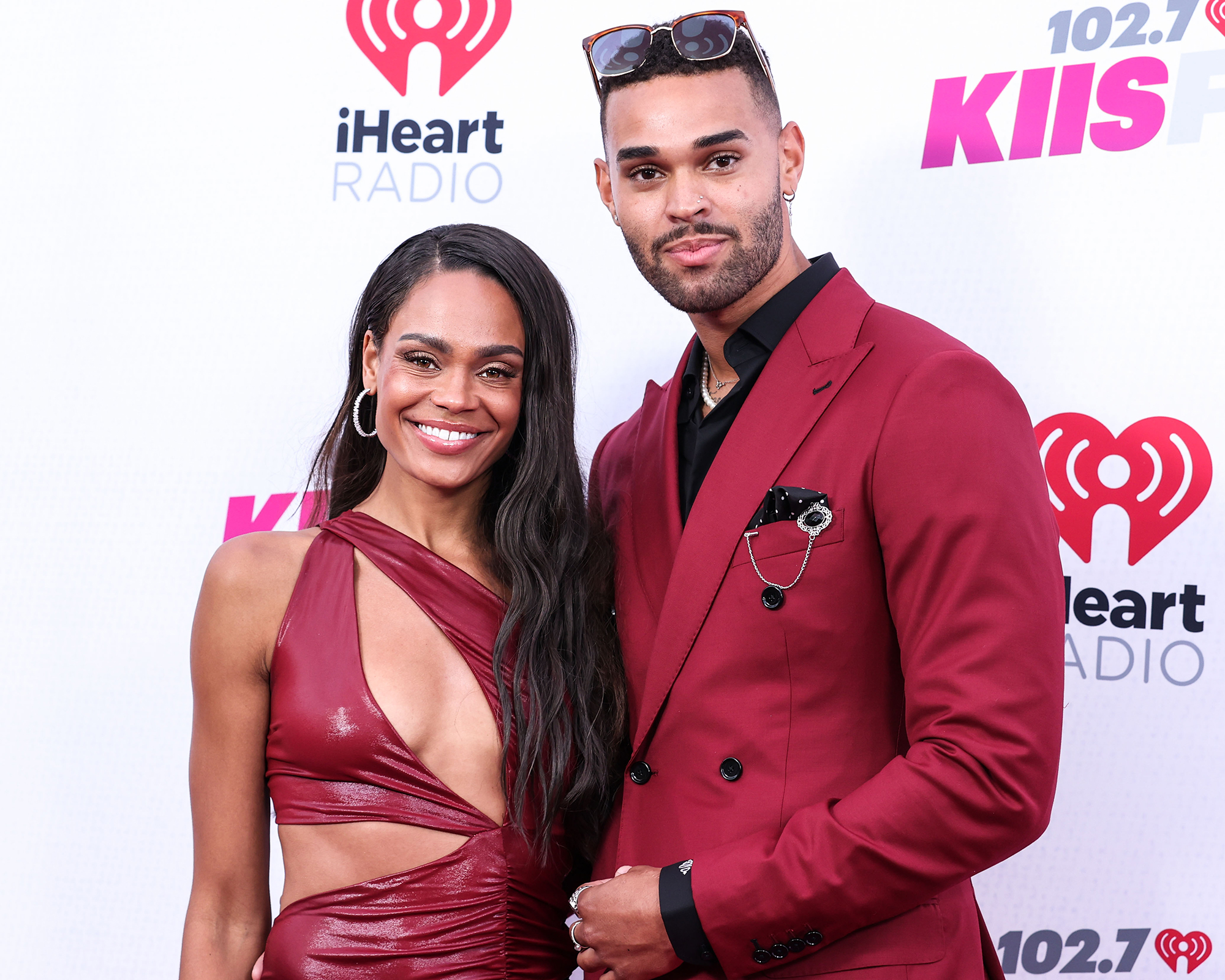 Since their split, both Olukoya and Young have remained focused on moving forward and as they each planned separate moves to California.

“For those of you who don’t know, I’ve decided to step outside of the classroom for this next year,” the Bradley University alum said during an August episode of her “Bachelor Happy Hour” podcast. “It’s a decision that I would have made whether I would have had the Bachelorette role or not [and] I’m gonna be spending a little more time in L.A.”

Young has since been candid about processing their breakup.

“I will say this is not something that I foresaw and I’ll leave it there,” she revealed during a July appearance on the “Almost Famous” podcast. “It’s definitely not something that I planned to have to work through this summer. But I definitely have the understanding that, like, sometimes we have to work through things that we did not plan for or that were not in our life plans.”