When ITV News tweeted yesterday that Rishi Sunak had said that “musicians and others in [the] arts should retrain and find other jobs”, the arts world figuratively saddled up its steeds and prepared to descend on 11 Downing Street with flaming torches. But then came what is known in the music world as a big “rewind in the house”.

After much uproar, ITV deleted the tweet and said it had been misleading – but thespians were already orating, and Liam Gallagher was already halfway out of his jacket, looking for a scrap. What had Sunak actually said, then?

“It’s a very sad time … I can’t pretend that everyone can do exactly the same job that they were doing at the beginning of this crisis. And that’s why we’ve put a lot of our extra resource into trying to create new opportunities for people.” Asked whether he was really telling people from the arts and music world to simply go and get a new job in a different sector, he said: “That is fresh and new opportunity for people. That’s exactly what we should be doing.” No further questions your honour. He didn’t say it as bluntly as some soundbites put it. But yeah, it’s in there, isn’t it? He didn’t not say it.

‘The risk is enormous’: UK live music still in crisis after reopening

We totally understand that everyone is facing hardship at the moment, but there was something offhand in Sunak’s words – people felt dismissed and undervalued. What Sunak didn’t seem to take into account was that musicians and actors have been working other jobs for years – as baristas, chefs, roadies, graphic designers or bartenders, and in so many roles in the ironically named “gig” economy – to fill the time between, well, gigs. When I tweeted that many musicians and artists already had second jobs, the writer and journalist Ravi Somaiya nailed it with his reply: “Nobody remembers Renaissance accountants.”

It’s said that in certain parts of Shoreditch, in London, or Manchester’s Northern Quarter, you’re never more than 12 feet from a singer in a band. But it’s a long time since the heady days when you could write a song, release an album and live off the income from royalties and record sales – nowadays you’d need well over a thousand streams just to be able to buy a coffee (unless of course you’re working as a barista, in which case you can probably just make yourself one); and increasingly music is being offered for free to an audience who get their music from streaming platforms. Even before the pandemic, it wasn’t looking good for any artists who were just starting out.

Live music was the final place where most bands could still earn enough to follow their dream. And six months ago that disappeared, with no return in sight. An entire summer of music festivals cancelled, along with the worlds of standup comedy, West End theatres and touring shows – all gone. 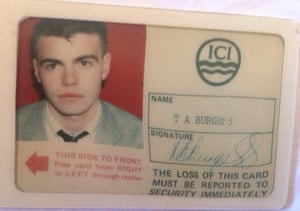 The worry is that the next generation of performers will come only from certain sections of society. It felt as if the chancellor was rebranding the arts sector as some sort of luxurious, decadent hobby, and now it was time for everyone to get their hands dirty – perhaps literally, as we are very short of people to pick fruit. Is that part of his masterplan: to plug the gaps left by the exodus of migrant workers with people from bands? We could divide them according to skillsets – drummers keeping a steady beat as they scoop up armfuls of berries, bass players keeping locked in with them and working to a rhythm, while the singers wander around randomly picking selective items of fruit when the mood takes them.

Acting, creating art and playing music have buoyed up the UK’s economy for decades. In 2018 alone, the music industry contributed more than £5bn to the UK economy, and the Conservative’s own figures show that in the same year 296,000 people were working in music, performing and the visual arts. The government has even been happy to persuade tourists to head to our shores via pictures of the Beatles, Florence Welch, Shakespeare, Stormzy, beautiful theatres and aerial photos of fun being had on an industrial scale at Glastonbury. Has all this been forgotten?

I’m guessing Sunak wasn’t suggesting Ed Sheeran should become a plumber’s mate. But what happens when the Ed Sheerans or Adeles of the future abandon their dreams, and we’re left without artists bringing in those billions and inspiring others in the future?

By deciding which jobs are ‘viable’, Sunak is leaving millions to sink or swim | Ed Miliband

Other countries have found a way to protect their citizens who work in the arts world – and when we somehow get back to a version of normal, won’t it be the bands, the musicals and the plays that provide an escape? Just as books and music have been a beacon of light in the darkness of lockdown.

Perhaps it’s harder for us to question the order that we should get second jobs when so many MPs already lead by example. Last year the public standards committee found that 119 MPs declared an annual total of £3.35m from second jobs, and there have been calls to tighten the code of conduct around payments from organisations that might hold “undue influence” over our elected representatives. So, yeah, no coffee shops or delivery-driver jobs for them. Maybe members of disbanded bands could be given MPs’ extracurricular occupations.

Just in case you think I am retraining as a journalist, that’s not the case. When I left ICI Runcorn in 1989, I was called into the office on my last day and told, that if things didn’t work out “with the music thing”, my job would be kept open. That was over 30 years ago, but it looks like I may be making that call. I even kept my ID card, just in case.

• Tim Burgess is lead singer of the Charlatans