Political appointments to the independent tribunal that reviews government decisions have skyrocketed under Scott Morrison’s administration, leading to concerns that ‘jobs for mates’ will undermine public confidence in the key part of the justice system.

The most comprehensive analysis of appointments to the Administrative Appeals Tribunal (AAT) done to date found 5 to 6 per cent of people put on the body had political backgrounds under the Howard and Rudd/Gillard administrations. 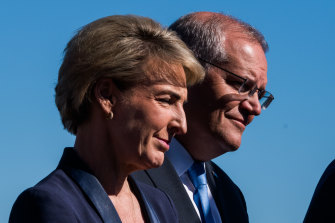 Over the past three years, it has been eight times higher, with 40 per cent of appointments people from political backgrounds.

The average since the Coalition won power in 2013 is 32 per cent.

The analysis by academic Debra Wilkinson for progressive think tank The Australia Institute adds weight to calls, including from the majority of the Senate’s Legal and Constitutional Affairs Committee, for the AAT to be taken apart and new members appointed.

Jobs with the AAT are statutory appointments lasting up to seven years. Salaries for full-time members range from $193,990 up to $496,560 for deputy presidents.

The analysis examined 974 appointments to the AAT and its precursors since 1996. It used publicly available information to determine whether those people had ever worked for a political party. This included elected representatives, advisers, party officials, candidates and people who had run for preselection.

Over the 26 years examined, 119 appointments made had political associations – 12 per cent of the total. But the rate of political appointees increased dramatically after the Coalition won office in 2013.

The most recent round of appointments was made a week before the election was called, when Attorney-General Michaelia Cash included former NSW minister Pru Goward, two former WA Liberal state politicians and three advisers to federal Liberal frontbenchers in the 19 new members.

Australia Institute director Ben Oquist said the high level of political appointees “amounts to an effective radical reshaping of one of our key judicial oversight bodies”.

“It’s not just terrible for the AAT, but terrible for our democracy. It’s a key part of legal and democratic infrastructure,” he said.

“And it’s got so bad, it’s going to need radical solutions to fix it.”

An anonymous submission to the Senate committee inquiry made by a former AAT member who spent two decades on the tribunal said the change to appointment processes began in 2014. They saw “highly experienced and efficient members … dumped and replaced by inexperienced inefficient post-2014 members”, many of whom they said had no relevant experience or education and some who “didn’t know how to save a document in Microsoft Word”.

“The new members spoke of being given an application form from their accountant and/or of having someone in the Liberal Party sponsor them,” the former member said.

A separate submission from a group of current and former AAT employees said there was no longer a transparent, merit-based recruitment process, and also pointed to change around 2015.

“New appointments have occurred by invitation only and to the exclusion of anyone who is not acquainted with the relevant powerbrokers,” they wrote.

While there were “professional, capable, and efficient decision-makers both with and without known affiliations”, they had also observed political appointees who couldn’t use computers, find relevant legislation, and “continue to struggle with concepts that are quite basic to anyone with some experience in administrative law”, leading to a higher workload for staff and other members and a worsening of the AAT’s significant backlog.

Almost half the political appointees had no legal qualification – including a quarter of those made senior members, who are expected to decide cases of greater complexity.

Former High Court judge Ian Callinan recommended in 2019 that all future appointments or renewals should be lawyers admitted to the bar “and on the basis of merit”.

Cash was asked for comment about this recommendation and the eightfold increase in political appointees. A government spokesperson said all appointments met the legislative requirements.

“All appointments are made on merit. This means ensuring that the AAT is constituted by people who have a wide range of experiences and different records of service to our community,” they said.

In April, Cash defended the most recent swathe of appointments during Senate estimates, saying they were all “highly qualified to undertake … merits reviews of government decisions”.

Labor has promised to reintroduce merit-based, accountable recruitment processes if it wins the May 21 election.

“The Morrison government’s stacking of the tribunal with its mates is undermining its ability to do its job,” shadow attorney-general Mark Dreyfus said.

“The public’s trust in the AAT is being eroded by the number of Liberal Party mates who are now reviewing decisions of the same government that appointed them.”

However, Dreyfus wouldn’t go as far as saying he would scrap the existing membership and start again.