After Briana DeJesus finally settled the drama between her and her baby daddies, she embarked on a trip to Puerto Rico with her new secret boyfriend.

Briana DeJesus has a new beau and she did everything in her power to keep his identity a secret during the Nov. 17 episode of Teen Mom 2. The major reveal came after Briana settled her money issues with her baby daddies — that’s when Briana thought it’d be a great idea to go to Puerto Rico with her secret boyfriend… even though the worldwide pandemic outbreak had already started.

Briana’s mom seemed concerned, but only because she didn’t know who the man was or if he’d kidnap her daughter. When it came to the virus, however, Briana and her mom just talked about her not touching her face and washing her hands regularly. And later, when Briana was in Puerto Rico, she had a huge smile on her face when she called her best friend to talk about her trip so far. We didn’t get to see who the new beau is just yet, but Briana said she’s not in a rush to fall in love this time around.

Meanwhile, the threat of the coronavirus started panicking everyone else. Especially Chelsea Houska and Leah Messer. Chelsea had embarked on her own trip to Los Angeles for work — her new clothing venture needed her in-person expertise — so she was a little worried about traveling and getting sick. Aubree even asked her about wearing masks etc. upon her return. 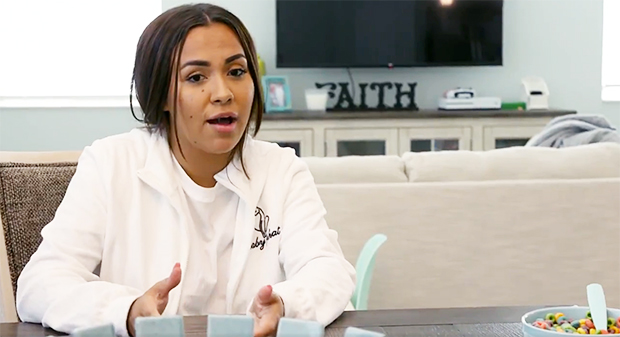 Leah, however, cancelled a trip she had planned to Costa Rica, during which she and her sister were supposed to take Victoria‘s new baby to meet his or her dad. Leah was terrified to go anywhere. Especially because one of her daughters has a compromised immune system. So Leah stayed home and helped her daughters have fun while filming home videos and doing crafts together.

Finally, Kailyn Lowry, who said she won’t be listing Chris Lopez as the father on her baby’s birth certificate, told her kids she was expecting another boy (Isaac wasn’t too thrilled about it), and Jade Cline helped Sean reunite with his sister after they hadn’t seen each other for seven years.