The nation’s top businesswomen are pleading with the federal government and Labor to sink more money into the “caring economy”, put more women in cabinet and sharply increase childcare assistance, warning a generation of young women will be left behind by the COVID-19 recession.

Chief Executive Women, which has almost 1000 members drawn from boardrooms across the country, says women remain the economy’s largest untapped resource, and the nation is being held back by the ongoing lack of support for them. 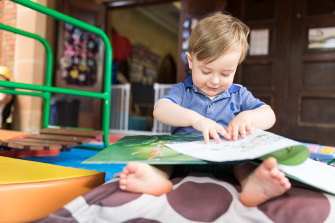 Leading businesswomen are calling for a major overhaul of government policy towards women, including childcare.

The Morrison government is under increasing pressure from women’s and family groups to address a series of issues, ranging from childcare fees to paid parental leave.

Since the Coalition government was elected in 2013, childcare costs as measured in the consumer price index have climbed by almost 46 per cent in Sydney and by 32.2 per cent in Melbourne.

Childcare costs fell by almost 12 per cent when the government overhauled the system in mid-2018. But since then, fees have climbed by 18.5 per cent while the overall inflation rate has risen by 8 per cent.

From Monday, fees for services through not-for-profit provider Goodstart will rise by up to 4.9 per cent as its deals with larger-than-expected costs caused by COVID-19. It follows the decision earlier this year by G8 Education, the nation’s largest childcare provider, to sharply increase its fees due to extra costs associated with the coronavirus recession.

New government changes to the childcare subsidy start on Monday. These will make it cheaper for families with more than one child aged under 5 or about a quarter of all families using care.

Chief Executive Women president Sam Mostyn said the recession had highlighted just how much the economy depended on “caring” industries such as childcare and health.

“The next government of Australia must prioritise women’s economic participation and progress to help address both cost-of-living pressures faced by women and families, and ensure a strong, flourishing and sustainable Australian economy,” she said. 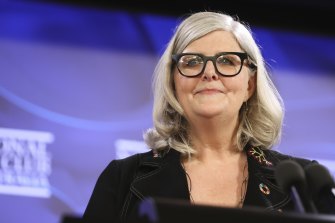 “What Australia needs, more than tax cuts, is a comprehensive plan for growth, which closes the widening social and economic gap between Australians,” she said.

The government has focused on the recovery in female employment through COVID-19, highlighting that female participation has risen 0.6 percentage points to a record high of 62.1 per cent.

If Australia matched Sweden’s world-leading female participation rate of 72 per cent, Australia’s labour force would have an additional 1 million women.

The organisation has also urged the government to implement all 55 recommendations from the [email protected] report including the proposal for a positive duty for employers under the Sex Discrimination Act. It believes at least 10 days of paid family and domestic violence leave should be included in national employment standards.

It also believes federal cabinet needs to be gender balanced. At present, there are eight women in the 24-member cabinet, including Foreign Minister Marise Payne whom Mr Morrison last year described as the “prime minister for women”.

“With major providers hiking fees already this year, any small amount of relief provided by Scott Morrison’s dud childcare plan is already gone for many families,” she said.

On Sunday, the government announced plans to spend an extra $189 million over the next five years on ways to protect women and children from family, domestic and sexual violence.

The package includes $104 million to prevention organisation Our Watch, $48 million for a new campaign on confronting the attitudes and expectations of men who condone or excuse violence, and $32 million for a consent campaign focused on young people aged 12 or more.

“Through this package, we will help address the underlying drivers of gendered violence – in particular sexual violence. This includes attitudes and behaviours that excuse, justify and even promote violence against women,” Senator Payne said.