Still on the outs? Lindsay Hubbard revealed where she and Danielle Olivera stand amid surprising feud — and teases whether she’ll be on her wedding guest list.

“Nothing’s changed since I saw you and talked to you at BravoCon,” Lindsay, 36, exclusively told Us Weekly on Wednesday, November 30, while promoting season 2 of Winter House. “I can’t really give any updates at this point just because nothing’s really changed.”

The Summer House star — who has been close with costar Danielle, 33, since she joined the cast during season 2 in 2018 — noted that BravoCon was only “a month and a half ago” and the two estranged friends haven’t spoken since.

“I’ve just been focused [and] trying to, like, put my head down and get this wedding off the ground and throw in a holiday or two in between,” Lindsay explained. “There’s no update.” 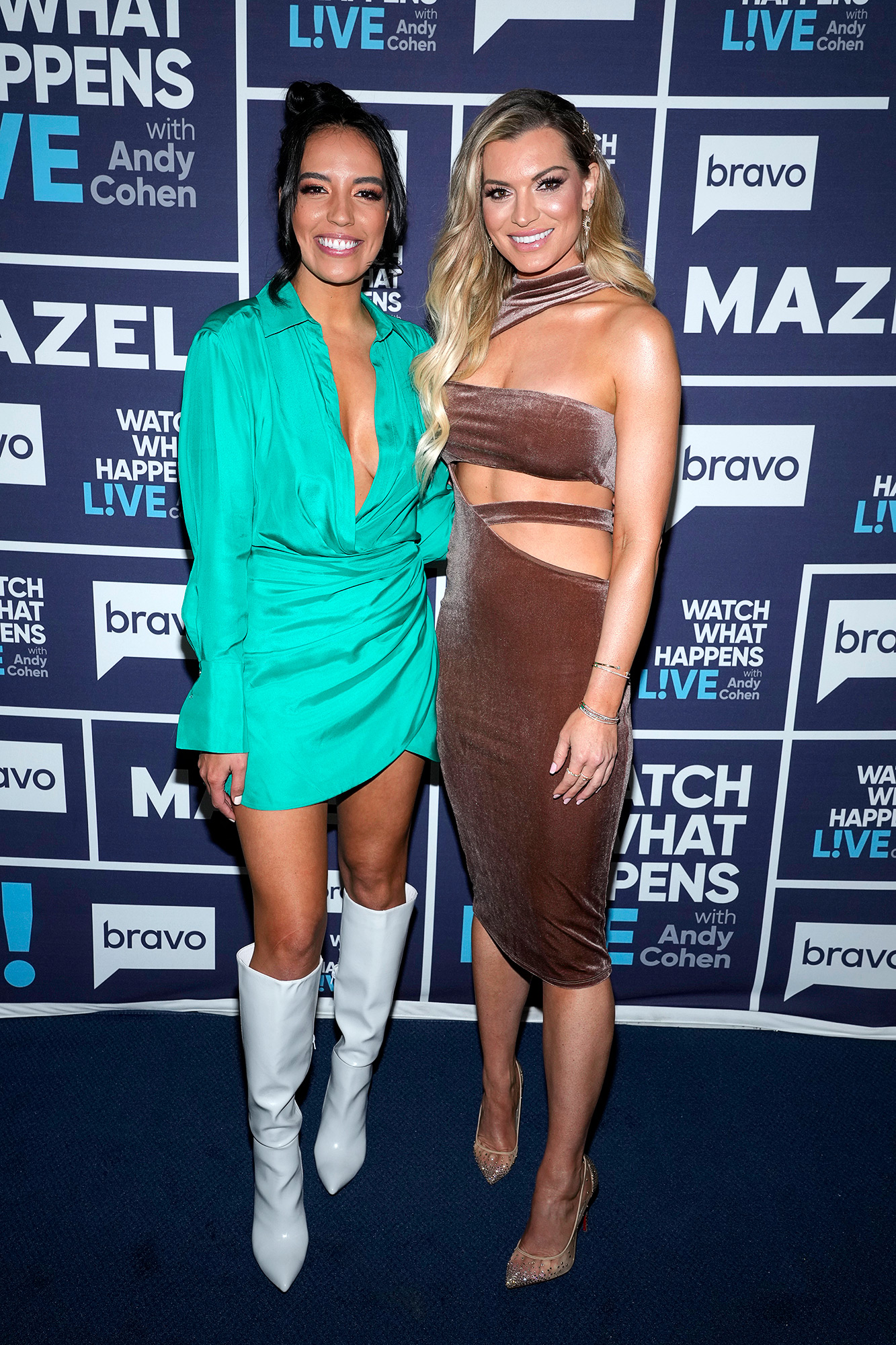 The app cofounder exclusively told Us in September that she “did not see it coming” when Carl, 37, proposed while filming season 7 of the Bravo series. As for why she didn’t comment about the happy news on social media, Danielle said she was “just exhausted from summer” and “juggling so many things.”

She claimed, “I am obviously very, very happy for them,” adding, “Who could not love love?”

When the duo attended BravoCon the following month in New York City, it was clear there was more to their feud. “I’ll just use the word unfortunate,” Danielle said after a fan asked about their current friendship status, to which Lindsay quipped, “Same.”

The Hubb House PR founder exclusively told Us at the time that it really is “unfortunate” how her dynamic with Danielle shifted.

“I think there was a lot of stuff [that] happened this summer,” Linsday said in October. “I can’t really get into too many of the details, but she betrayed me a lot, a lot. [There were] things that a best friend shouldn’t do to your best friend, and I’ll just leave it at that.”

‘Summer House’ Stars Weigh In on Lindsay and Danielle’s Feud

Lindsay told Us on Wednesday that it’s still upsetting that she has no communication with her one-time BFF. “You talk to anyone who you know, is ever beefing with a best friend and it’s just like, it’s sad,” she confessed.

The University of Florida alum, however, is hopeful that their relationship could turn around before she and Carl walk down the aisle.

“We have a lot of time between then and now,” Lindsay teased. “As we know on Bravo and in this world, like, a million things can happen between now and then.”