STEPHEN GLOVER: It’s hard to know whether to laugh or cry when the State wants to police how many vol-au-vents we eat

Will there ever come a time when highly paid bureaucrats dictate the size of food portions in restaurants and on the supermarket shelves so that we don’t eat too much?

It sounds ridiculous, doesn’t it? But actually we’re already there. Yesterday it was revealed that a quango called Public Health England (PHE) pays 266 of its staff more than £100,000 a year. The number has risen by nearly a fifth in three years.

So PHE is steadily becoming fatter as it doles out usually presumptuous and often irritating advice about how we should all become thinner by eating and drinking less.

Leaked new proposals show how this bossy and increasingly intrusive organisation is now planning to impose calorie limits on thousands of foods sold in shops and restaurants. 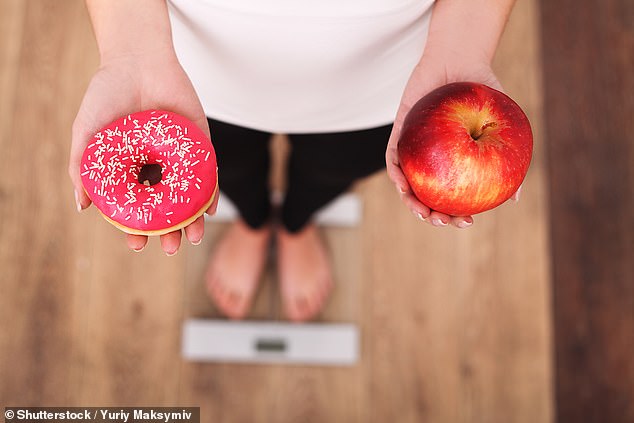 Leaked new proposals show how the organisation is now planning to impose calorie limits on thousands of foods sold in shops and restaurants. (Stock image)

A limit of 550 calories is suggested for sandwiches and main meal salads. A pizza, whether sold in a restaurant or a supermarket, should not exceed 1,040 calories, a good deal less than many of those now served at pizza chain restaurants.

There are also glaring disparities. In a supermarket, portions of coleslaw or vol-au-vents, onion bhajis, Yorkshire puddings or prawn cocktails, will be capped at 134 calories. But in restaurants the proposed limit for the same food is 555 calories.

Beware going to a restaurant if you are feeling peckish, though. If PHE gets its way, there will be a limit of 951 calories for most main courses. Put that roast potato back! Remove that extra slice of meat!

Should we laugh or cry? The case for laughing is the absurdity of these overpaid bureaucrats dreaming up an impractical and unenforceable plan brimming over with anomalies. Has it occurred to them that if someone feels hungry after eating one of the new reduced-in-size vol-au-vents, he or she will simply eat another?

But the case for crying is also a strong one. How can PHE — or the Government standing behind it — think that it has the right to micro-manage our food intake in this way?

Nor do I suppose that these zealots have spared a thought for all the time-consuming red tape which would be involved in ensuring that calorie limits are not breached.

Imagine your local Italian restaurant trying to calculate the calorific value of Saltimbocca alla Romana. Should it take account of bread sticks?

My biggest worry — and this is cause not just for crying but for tearing out one’s hair — is that the State should now presume to make decisions on our behalf, and allegedly in our best interests, in matters that used to be the preserve of individual choice.

Needless to say, I appreciate there is an obesity problem in this country. Two-thirds of adults and one-third of children are judged to be overweight.

The possible consequences for people’s health need hardly be stated.

The proper role of government, though, is not to seek to control what we eat, but to provide information, and even a little judicious advice, so that we can make up our own minds like the grown-up people we are. 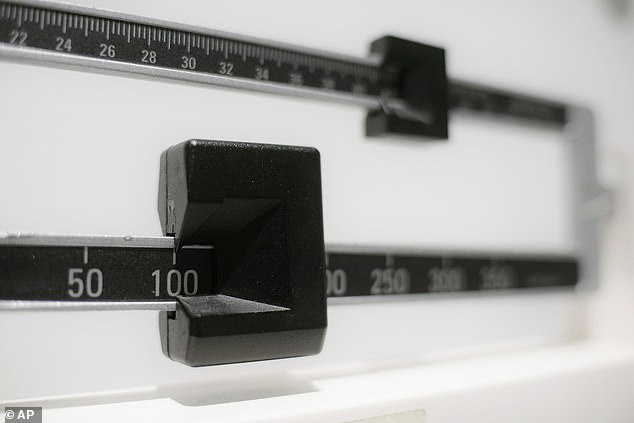 Two-thirds of adults and one-third of children are judged to be overweight in the country. (Stock image)

How terrifyingly far we have travelled from the traditional concept of freedom, as described by the philosopher John Stuart Mill in his famous 1859 essay On Liberty.

Mill’s essential argument was that unless we intend to do harm to others we should be free to act without interference.

For Mill — and indeed for almost any sentient being until the recent past — the idea that the State could barge into our lives and dictate what we should eat and drink would have seemed preposterous.

He did, though, make one notable, and just, exception — children. Mill wrote that they ‘must be protected against their own actions as well as against external injury’.

So, although it may seem paradoxical, I think he would have sympathised with the Chief Medical Officer and self-declared ‘chief nanny’, Professor Dame Sally Davies, when she inveighed last week against the high amount of sugar and salt added by manufacturers to baby food.

Of course, we should normally depend on parents not to buy food that might harm their children. But what if the parents are unaware? Or negligent?

Then, it seems to me, the State should take protective measures on behalf of children by putting pressure on manufacturers to reduce salt and sugar content.

The trouble is the modern State treats us all as children — and it must be said that Dame Sally is sometimes guilty of this fault, as when in 2016 she suggested all women should, like her, think about the risks of breast cancer every time they reach for a glass of wine. Such advice is overbearing.

An insidious idea is gathering force that the State should not only do its best for all citizens — obviously it should — but that in some way it is also responsible for their lives, as a nanny is responsible for her charges. It’s not, or at any rate it shouldn’t be.

If government thinks it has the right to regulate the amount of food we eat, where will it end?

In forced exercise for those stubborn souls who insist on second helpings? In a special supplementary tax on clothes above a certain size?

I agree education is important. Advice, so long as it is not bellowed from the rooftops, can be useful.

But in contemplating coercion and compulsion, PHE is heading towards perilous waters.

For this is an argument far more important than the exact calorific value of vol-au-vents or onion bhajis.

If government wins here, it will move to try to assert control in other areas of our lives which we had previously assumed to be our own concern.

What is depressing is that PHE’s ideas are under consideration by a Conservative Government, though it’s true there are reports of disquiet at No 10.

I had always imagined that Tories valued individual liberty over State control.

And I had also foolishly believed that on the whole they don’t like the idea of secretive and unaccountable bureaucrats being paid vast sums of money for dreaming up policies designed to undermine people’s freedom.

By the way, wouldn’t it be interesting to know the weight and body mass index of the panjandrums at PHE who are so eager to lay down the law about what we can and can’t eat? I wonder whether they practise what they preach.

The TaxPayers’ Alliance has just produced an analysis of what a Christmas lunch might look like if PHE’s official guidelines were followed.

A few thin slices of turkey, a couple of sprouts, tiny servings of potatoes, parsnips, carrots and red cabbage — all washed down with a quarter of a glass of red wine!

It will be a grim and austere world if Public Health England gets its way — far worse than the worst outcome foreseen by extreme Brexit doom-mongers — and I hope the Government finds the good sense to reject these daft and dangerous proposals.