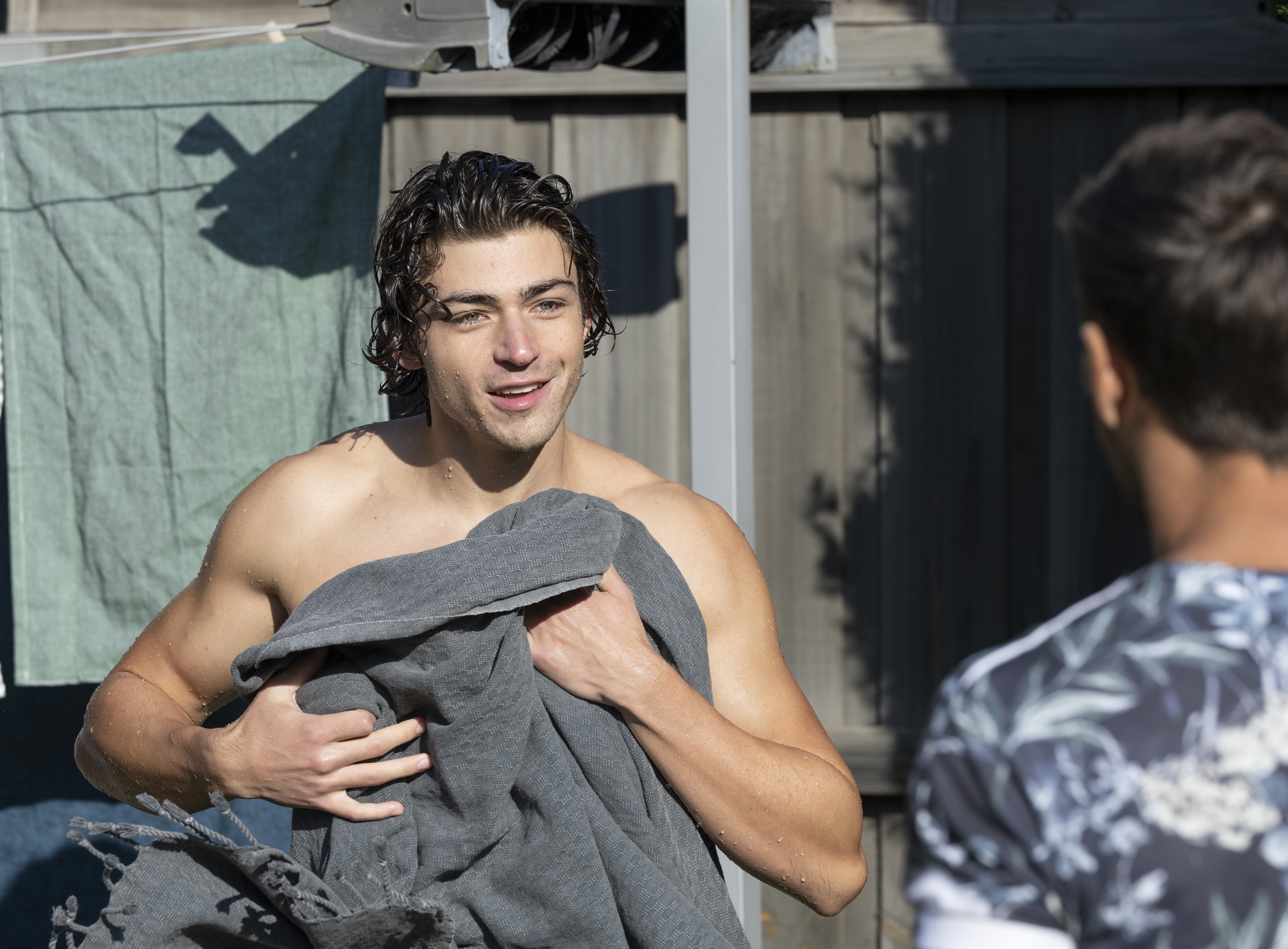 Byron (Joe Klocek) might be about to topple off the pedestal his mum has put him on when she learns about his secret double, and quite lucrative, life in Neighbours.

Jane (Annie Jones) is over the moon to have her beautiful little son back in her fold, but little does she know what he gets up to, in order to earn a buck or two.

Byron has other plans that don’t involve him taking his first meeting at Rebecchi Law, and instead he takes confidential papers to a different meeting with a mysterious client. It’s not long before things

take a saucy turn and it becomes clear what his side hustle is – he’s a gigolo. His mum would have a fit, hence it being a secret side hustle.

The thing is, Byron is apparently just way too talented at this gig. He’s trying hard to juggle his double life, but he’s so popular that his extracurricular activities are coming in the way of his work with Toadie (Ryan Moloney). He keeps showing up late and leaving early, qualities Toadie does not appreciate in an employee.

He tries to up his game in a bid to keep Toadie onside, but as demand grows, so does the struggle. How long will Byron be able to keep his two jobs separate? How will Toadie discover his other business venture?