‘Southern Charm’ is back and the drama is heating up. HL spoke EXCLUSIVELY with Craig Conover about Austen and Madison’s relationship drama, his dating status, new cast members, and more.

Southern Charm season 7 is now airing on Bravo, and despite major cast changes, there’s still plenty of drama in Charleston. This season, the cast members will be facing the COVID-19 pandemic, which drastically alters their normal way of living. HollywoodLife got the EXCLUSIVE scoop from Craig Conover about how he handled quarantine life and trying to be the voice of reason with Austen Kroll’s relationship drama.

While Craig wasn’t surprised by the departures of Naomie Olindo and Chelsea Meissner, he admitted that Cameran Eubanks not coming back “blindsided” him. He also teased the “chaos” that begins to happen with John Pringle when he reveals he has a crush on Madison LeCroy, Austen’s on-again, off-again girlfriend. Plus, Craig talked about having another major production in town: Outer Banks! 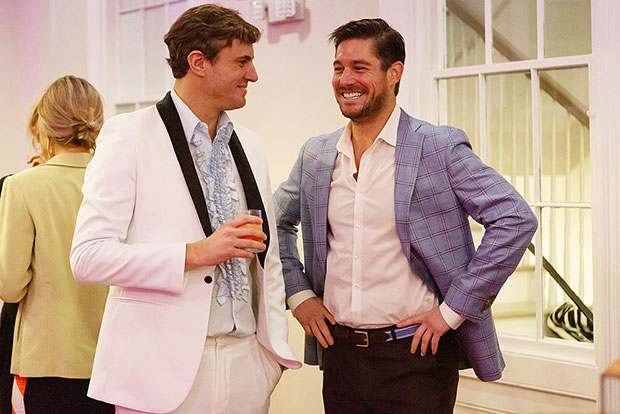 How has quarantine life been for you over the past several months?
Craig Conover: I was fortunate. I kind of embraced it and tried to use it and steer it into a positive experience. I was more fortunate than a lot of people in that our company was going to be okay. I was pretty healthy, so we made the best out of that. Austen and I lived next to each other, so we quarantined together. Charleston’s kind of a spread-out city, so you’re not really on top of each other. We still got to spend time outside. I guess the first month was kind of like college again. I went and bought a bunch of video games, drank a ton of wine, and went live with everyone. After that first month, I kind of transitioned into getting healthy and planning the next steps for Sewing Down South and where I wanted to be. We had to put some things on hold that we were doing with Sewing Down South, but we pivoted into masks. I kind of associated the beginning with a snow day in school. I remember getting a little anxious when everything started to open up again. I was like, man, this kind of feels going back to school when the snow melted, but now I’m back to regular life.

When the pandemic really started to get bad earlier in the year, was there ever a time where you weren’t sure Southern Charm would be able to come back for season 7?
Craig Conover: We were filming right before and it was good. It was really good. That was kind of a bummer with COVID. The timing just sucks. We’re really ramping up, but we made the best of it. No one knew what was gonna happen. With television, whether you were in scripted or non-scripted, it was kind of completely unknown. They knew we just needed a chance. Fortunately, we figured out a safe way to do it. They gave us a chance, and everything fell into place like it somehow has in the last 6 years of Southern Charm. It all came together. We just needed that shot. It worked out.

This season doesn’t have Cameran Eubanks, Chelsea Meissner, and Naomie Olindo. Were you shocked by their departures? Did you know beforehand?
Craig Conover: I mean, Naomie and Chelsea were never coming back. Their life in reality TV ended last year. That’s just because of the transparency that they were comfortable with. Chelsea wasn’t comfortable with opening up her life to the audience, so there’s nothing that you could bring to the show. Naomie’s got a lot on our plate, and she just went in another direction. That’s why Leva [Bonaparte] is so great this year and some of the new girls because they’re fully transparent. They behave the exact same way on camera and say what they would say if the cameras weren’t there. I think that’s something we really needed with the show. Cameran was a heartbreak. I was blindsided by that. Every year she was kind of hesitant about doing it again, but she loves doing it and always does it. That time that we get to spend together… it’s really special. It’s just different this year. It was kind of time to refresh things. 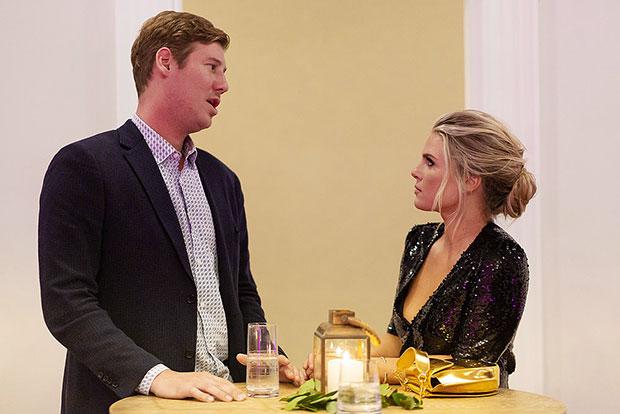 In the past, your romantic life has been the source of a lot of the show’s drama. But this season, you seem to be very much the voice of reason, especially with the Austen and Madison situation.
Craig Conover: It’s just funny because when you do get to the other side of it, the clarity is insane. I know when you’re in it, you’re clouded. You’re not making rational decisions. So when you get out of it, you want to shake your friend, to wake them up, and be like, I’m not steering you awry. I’m not leading you awry. You’re just being an idiot. But this year, it only gets worse. It’s funny because none of us wanted to deal with it anymore, and we didn’t think we’d have to, and then somehow it stays alive. If this was in the beginning of their relationship, we wouldn’t have any room to talk. Everyone has their sh*t, regardless of who you are, but this is just the most dead horse that exists on the planet. So sometimes it gets frustrating because it really does affect his life and his moods. You want what’s best for your friend. And to be clear, I don’t blame Madison at all. He’s got all the information he needs to make a grown adult decision, and he decides to continue chasing her, so there’s not much more we can do.

It seems like new cast member John Pringle comes in and shakes things up with that as well. What can you say about that?
Craig Conover: It was so unexpected and bizarre. It’s funny because this new stuff always happens with us just when you think everything’s normal. I don’t know what episode is, but he kind of pulls me aside and tells me he has a crush on Madison. And I’m like, he can’t have a crush on Madison. We live in a city where there are five girls for every one guy. Go find another girl. That’s just such a bizarre situation. We’ll get to see it play out this year on camera. He’s in a specific china shop that he’s wrecking. He causes chaos.

What’s your relationship status? Are you single? Have you been trying to date?
Craig Conover: I’ve been dating, which is good. You’ll get to see that this season, which I’m excited about. It was a weird time. I was talking to people and dating, and you didn’t get to see it the year before, but this year you’ll get to see my dating life. It’s funny because Shep’s in a relationship now, I’m dating, and Austen is Austen on this show. The dynamic is kind of mixed up a little bit.

You have been filming in Charleston for 7 seasons now. You’ve got some competition now with Outer Banks. Have you seen any of that cast out and about?
Craig Conover: I loved Outer Banks and so did Austen. We were so blown away because it’s not that big of a city, and we are kind of the production that’s here. We were like, how in the hell was an entire Netflix show filmed here without us knowing? We had no clue. We’re kind of jealous, but we love the show. If I had seen them out, it was before I watched the show. Their lives changed overnight. They became actually very, very famous overnight, so I haven’t seen them since the show came out. I told myself I was going to try and get a guest role this season, but they’re filming actually right now. I saw on Instagram that Chase [Stokes] and Madelyn [Cline] were filming. It’s funny that we have another huge production here. Danny McBride does all his stuff here, but it’s kind of out of the city. But I’m happy for them. I don’t know how the hell they’re gonna navigate it all. I hope to God they continue dating because that show is going to be on for a few seasons. I can only imagine what it would be like to film every day with your ex if they did break up. That would be a challenge.