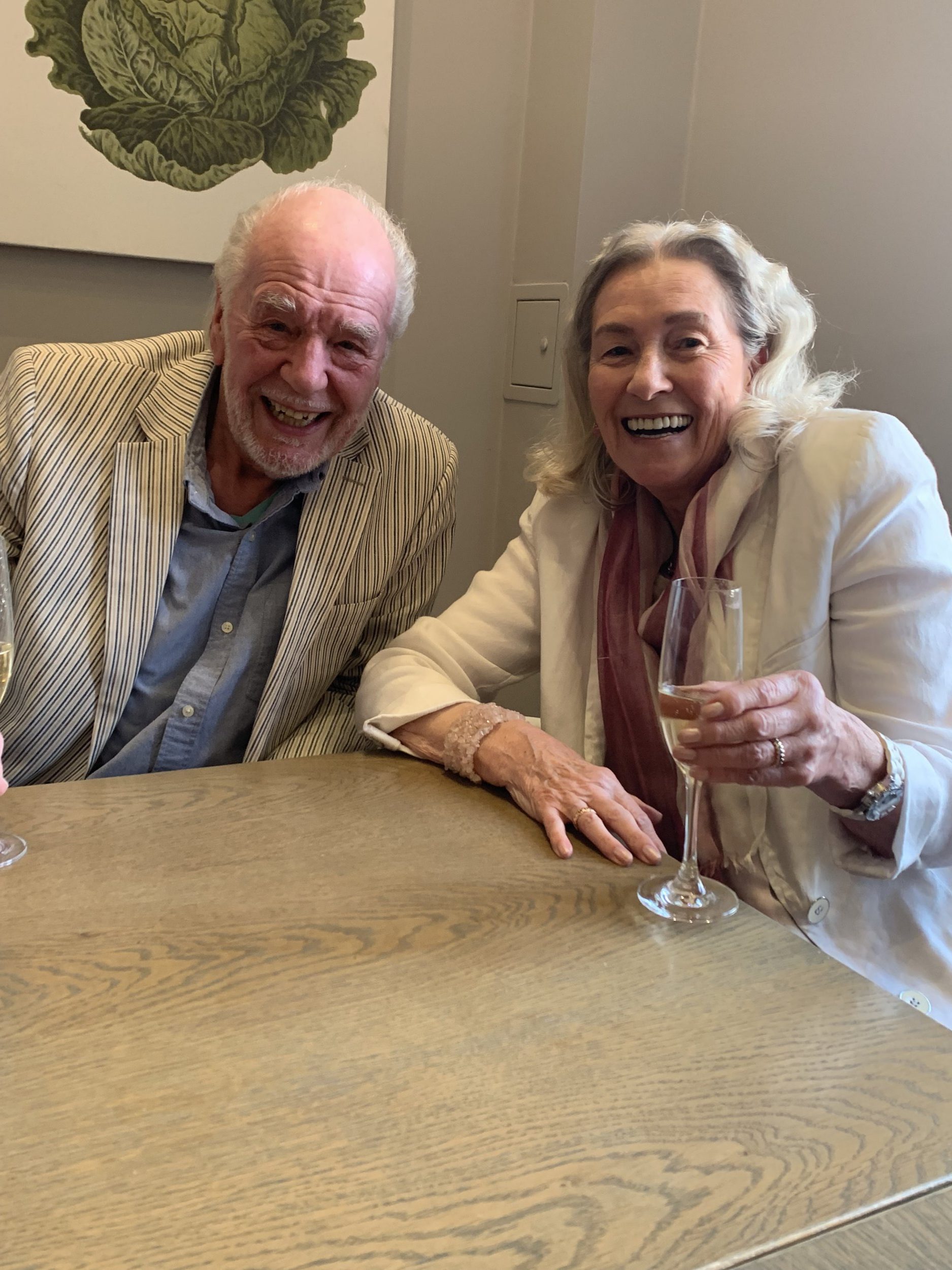 A pair of love-struck 80-year-olds fell in love after meeting with their trolleys collided in a supermarket two days after Christmas.

And now, in a storyline fit for a Hallmark movie, the pair have tied the knot after a whirlwind romance.

Two-time widower Paul, a former furniture business owner, recognised Wendy, a former antique art dealer, after previously spotting her eating alone at the restaurant at Audley St Elphin’s Park, the retirement village where they both lived.

After their chance meeting, they soon began planning dinner together the next evening.

The loved-up pair enjoyed a whirlwind romance – they got engaged in March, just three months after meeting, and were married on Wendy’s 80th birthday in September, before moving in together shortly afterwards.

Wendy, who had been single for 32 years before meeting her new beau, said: ‘I wasn’t looking for love and had been very happily single for over 30 years when I met Paul.

‘But I knew from early on that we were right for each other, we had instant chemistry.’

Wendy lived in Manchester-by-the-Sea, Massachusetts, for 40 years but had not long since moved back to the UK when she had the literal run-in with Paul – who has four grown-up children.

‘I married an American in 1979 and moved over [to Massachusetts] with him,’ Wendy explained.

She added: ‘I’d been single ever since.’

Wendy said she was not looking for love when she bumped into Paul two days after Christmas in 2021.

‘I have a very full life with lots of friends and family, so I was never interested in remarrying after my divorce,’ she said.

‘I’d always hoped to return to England again and in 2019, I finally sold my house in the US and moved to Derbyshire.’

Both Paul and Wendy were residents of Audley St Elphin’s Park, a retirement village in Matlock.

‘I was turning the corner of an aisle in Sainsbury’s when my trolley collided with another trolley,’ said Wendy.

She added: ‘I heard the man say, “Oh hello Wendy, I’m Paul,” and I recognised him from the village.

‘We got talking and he said to me, “I see you eating alone in the restaurant a lot. You know, I’d love to join you at some point.”‘

The next evening, the pair met for dinner and Wendy said the chemistry was instant.

‘It was during our dinner that I just knew,’ she said.

‘He’s very nice, seemed very genuine, and over the next few weeks we had more dinners together.

‘On Valentine’s Day, he presented me with beautiful roses and a lovely poem that he’d written for me. The rest is history.’

In March 2022, Paul, who has been widowed twice, popped the question.

‘We went to a very nice local jewellers the next day to pick out a ring, and that next evening we celebrated with other Audley St Elphin’s Park residents with bottles of champagne.’

She added: ‘Paul joked to everyone that he had asked me how many children I would like to have.’

The couple got married at Thornbridge Hall in Bakewell, Derbyshire, on 12 September.

‘I chose my 80th for the wedding because I wanted it to be a special day,’ Wendy said.

She added: ‘My friend Ivan, who was also an antique dealer, gave me away and my daughter, Kristina, and my friend, Gillian, were my bridesmaids.

‘I sang a song during the ceremony called La Novia, which is Spanish and translates to “the wedding.”‘

Sticking to tradition, the couple did not move in together until after the wedding.

‘I didn’t think it was a good idea to move in together until we got married,’ Wendy said.

‘I have quite a big flat so Paul moved in with me after we were wed.’

Now the newlyweds are looking forward to spending their first Christmas together.

Wendy said: ‘We’re going away for Christmas to Kilworth House Hotel in Leicestershire.

‘We were there in June and they have a lovely open-air theatre where they put on all the old musicals.

‘Paul is very musical, he plays the piano and organ, and we both loved it there.’

She added: ‘It’s just wonderful and we knew we had to book for Christmas, so hopefully we’ll have a fabulous time.

‘I never expected that I’d find love at my age but I’m so glad to have found Paul, we are great companions for each other.

‘I’m looking forward to our first Christmas together and the years to come.’