Shawn Mendes put his love for Camila Cabello on display during the MTV Video Music Awards on Sept. 12, and we have the video to prove it.

Shawn Mendes, 23, is so in love with Camila Cabello, 24. He made that crystal clear when he was spotted sweetly dancing to her performance at the 2021 MTV Video Music Awards on Sept. 12. The gorgeous singers were both on hand to perform during the show, but it was during Camila’s performance of “Don’t Go Yet” that Shawn proved he’s Camila’s biggest cheerleader.

Camila was seen dancing around the stage in a sparkly off-the-shoulder gown accessorized with pink flowers. Her black bra peaked out from under the dress, and her choreography was so on point that it was impossible not to dance along with her — even Shawn couldn’t resist.

It was a real treat to see Camila and Shawn at the show this year. Especially since they skipped last year’s show. Neither artist had any nominations last year, so it didn’t really make sense for them to go. Plus, it was before any COVID vaccines were available, so it made sense for them to stay safe at home.

But the year before was super hot and steamy. In 2019, Camila and Shawn performed their duet, “Señorita”, and throughout their time on stage together, everyone waited with bated breath to see what would go down between them. Sadly, they didn’t kiss, but they came so close! And the other moments during the performance proved they’re extremely hot for each other. 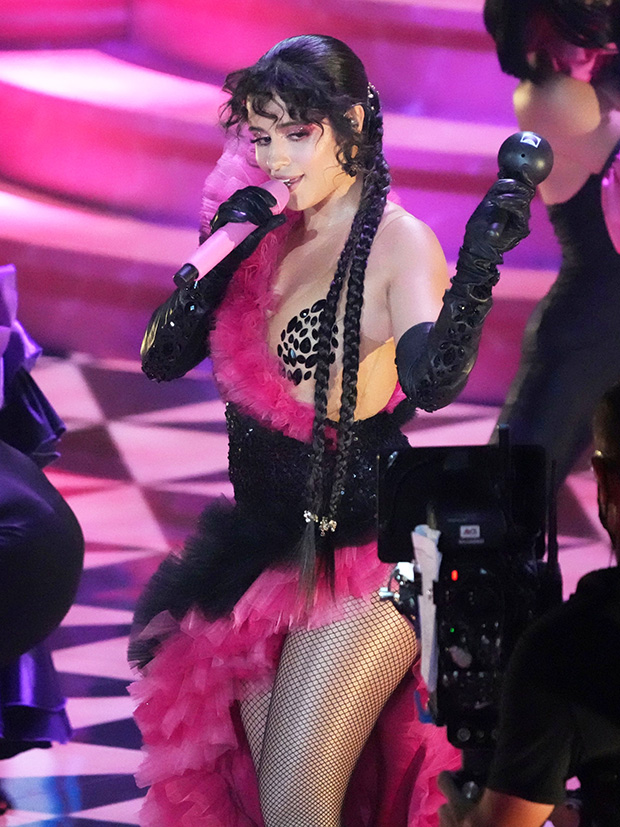 Clearly, their feelings for each other haven’t waned. If anything, they’ve only gotten stronger.