Too much, too soon? Sharna Burgess thinks that may have been the case with Dancing With the Stars pro Alan Bersten and his season 27 partner, model Alexis Ren, who have split one month after revealing their feelings for one another in a video package that aired on the show on November 5.

“They’re this young couple that have this really, very natural and genuine connection between the two of them, and then we put a camera on them, and I don’t think that they were quite ready for what that is,” Burgess told Us Weekly exclusively on Wednesday, December 5.

The professional dancer, 33, is plenty familiar with having the spotlight on her with regard to a potential love interest — season 24 saw fans taking note of her “obvious chemistry” with bull rider Bonner Bolton. “Yeah, everyone wants me to marry my partners,” she joked to Us. 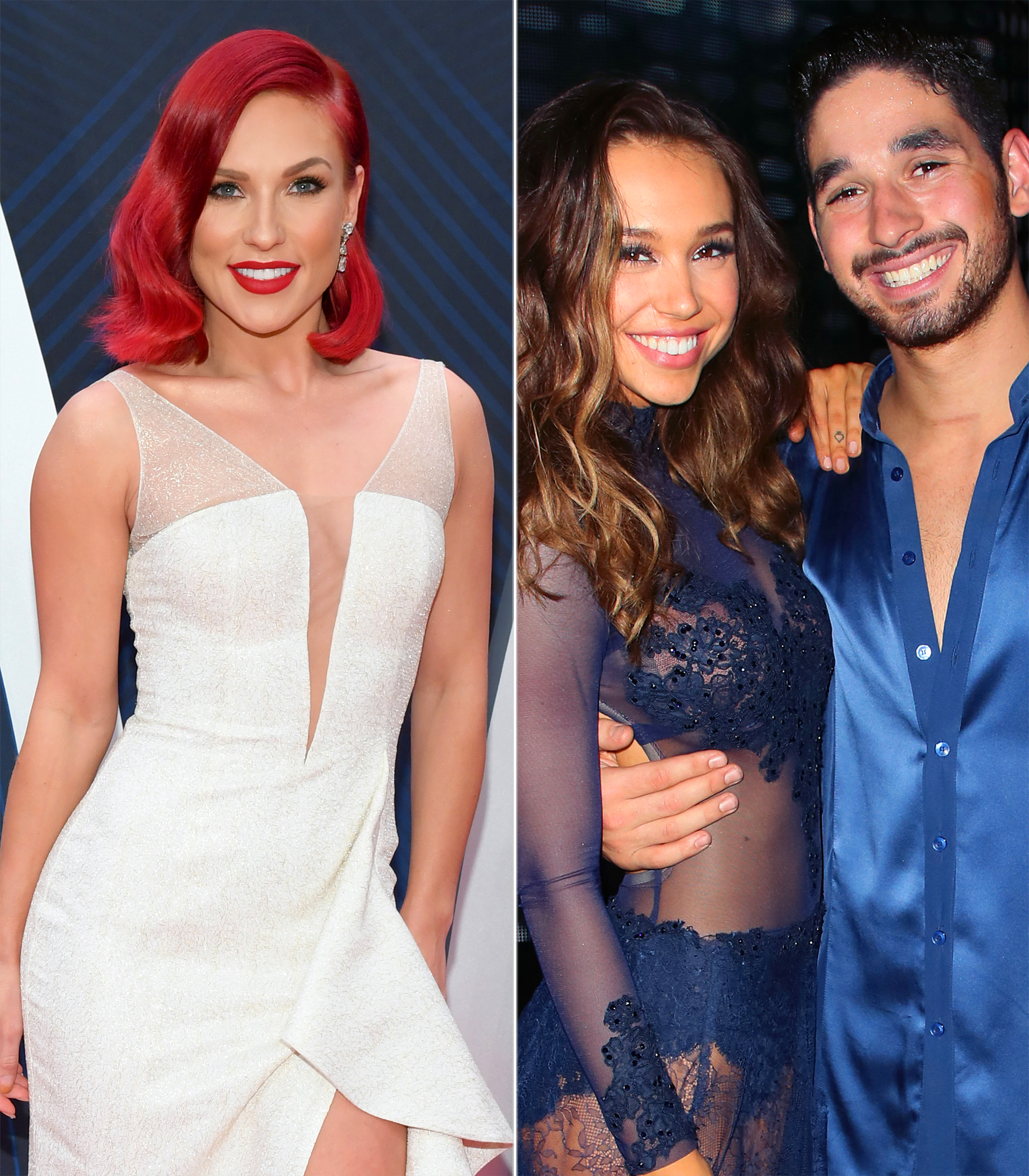 Still, she was rooting for the Ren, 22, and Bersten, 24, to work as couple. “I haven’t seen them since the season, and I hope that they go at their own pace now, because they look so dang good together,” she said before the news broke about their breakup.

Ren, who came in fourth place for the mirrorball trophy with Bersten, hinted on Instagram that her love affair with the dancer had ended while replying to a fan comment on Tuesday, December 4.

“Feelings aren’t black and white and neither is life,” she wrote to a commenter who asked if the pair was “done.” “We’re focused on our careers and growing as individuals. He’s an amazing person and I’m grateful that he came into my life. He’s on his own journey and I respect that.”

A source later told Us that the former couple are still friendly, however. “She’s in Japan working and he’s going on tour in a couple of weeks but they are still talking and still consider each other friends,” the source said. “They aren’t in the same country for a while which makes a relationship hard but they are open to whatever the future might hold.”

Bersten told Us in November that he wishes he’d been “a little more subtle” with his feelings at the show finale in November. The Sports Illustrated vet, for her part, had no regrets about wearing her heart on her sleeve. “I’m still learning in the entertainment industry how to hold yourself, how to speak and what to say but I felt like we were both ourselves during this journey and I don’t regret any of it,” she said.

See what else Burgess had to say about the couple’s fizzled romance in the video above!