TINA WEAVER: Set free the Monster of Worcester who murdered three children and impaled them on railings? It’s madness

It was the words ‘impaled on railings’ that took my breath away. And the picture of three rosy-cheeked toddlers.

I thought I was inured to shock but then I read about a crime so barbaric, it stops you in your tracks.

I apologise to readers for the graphic detail in what follows but I believe you need to know about it.

Because the most shocking thing of all is that a Parole Board panel has just decided that the monster who did it should be freed.

Baby Samantha Ralph, just nine months old, was bludgeoned to death. Next, her sister Dawn, two, had her throat slit. 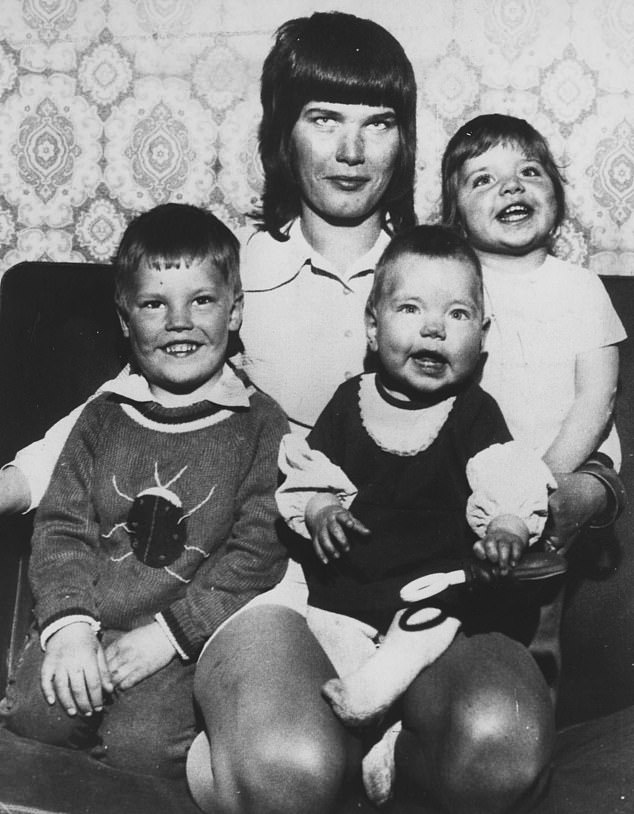 Baby Samantha Ralph, just nine months old, was bludgeoned to death. Next, her sister Dawn, two, had her throat slit. Then their four-year-old brother Paul was strangled with wire

Then their four-year-old brother Paul was strangled with wire. The children were also beaten with a pickaxe handle and their battered bodies impaled on a neighbour’s garden fence.

The murderer was David McGreavy, a family friend and lodger, who was babysitting.

He blamed his murderous spree on Samantha’s crying for her milk bottle that evening – Friday, April 13, 1973. He was also drunk.

The children’s mother, Elsie, was out doing a part-time job in the local pub to earn extra cash – the family were saving to buy their own home.

Her husband Clive went to collect her and asked McGreavy to keep an eye on the children.

Then 21, he had been lodging with the family after falling out with his own parents. Occasionally he’d cook Sunday lunch and even shared a room with young Paul. 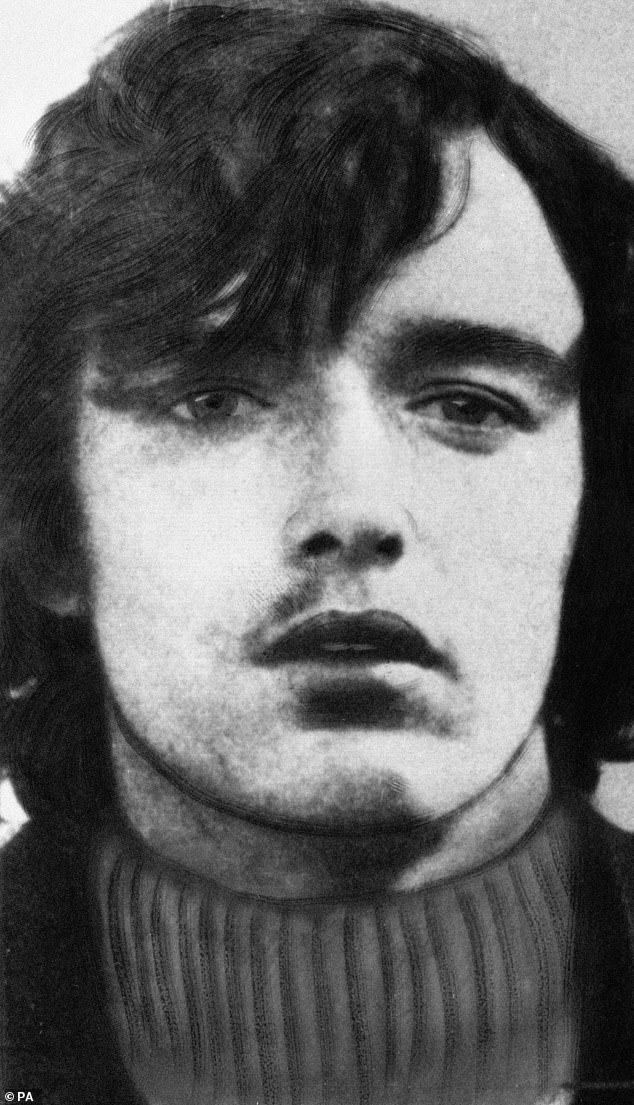 There were no hint of the horrors to come.

‘He played with the children – he was normal,’ recalls Elsie.

But his subsequent outburst wasn’t just a hot-tempered spasm. It was a sustained attack on three defenceless children, ending in a sickening, public display of evil. 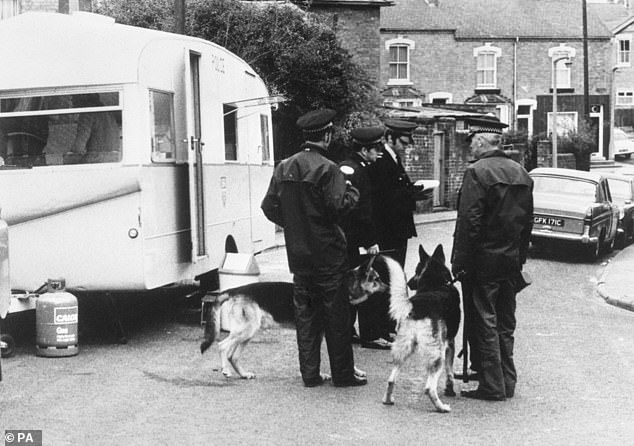 Pictured: Police setting up an investigation centre in the street where the three young children were found impaled in their Worcester home

The Parole Board’s explanation for freeing him is so glibly inadequate that they could be describing a serial speeding offender.

They say that McGreavy, now 67, has ‘changed considerably’, and has ‘developed self-control… to remain calm in stressful situations’.

After interviewing McGreavy, and a psychologist who examined him, the Board concluded that he is ‘no significant risk to the public’.

I grew up not far from where Samantha, Dawn and Paul were killed.

To my mother’s generation, McGreavy was known locally as the ‘Monster of Worcester’, as infamous as the Moors Murderers.

But because he admitted his crimes (the court case lasted just eight minutes) he did not gain wider notoriety. I’d never heard of him until last week.

As McGreavy looks forward to freedom, Elsie exists in a tortuous twilight world.

Her marriage collapsed soon after the killings and she has attempted suicide twice.

Her only comfort is believing she’ll be reunited with her children one day. Of course, she wrote to the Parole Board but the pleas of victims carry little weight.

‘I see my children’s faces every night when I close my eyes and try to sleep’, she says. ‘How can the Parole Board decide he’s served his sentence when mine will never end?’

Of course, such decisions must be made on professional assessment, not emotion.

But I don’t believe any psychologist can really know what lurks in the deepest recesses of the brain to make someone capable of such savagery.

McGreavy will be institutionalised after so long in prison so it’s impossible to predict how he will respond to life on the outside.

Yet the Parole Board think it’s worth the risk.

After Christmas, McGreavy will go to a bail hostel where he will be closely monitored.

When I asked what they were like, she replied ‘manipulative’, adding: ‘They’re clever, scheming and will do what it takes to be freed.’

But for the Monster of Worcester, this Christmas will most likely be his best ever.

Mother’s guilt that never goes away

A harassed working mum struggles to prepare her children’s breakfast and get herself to the office.

Lost keys, a plaintive text from her teenage boy (sitting just feet away) asking to meet later, and then frenetic cross-cutting as we see how unhappy mother and son have become.

Finally, a fairytale freeze frame as the mother realises her priority and runs from the office to meet her boy at the funfair.

This is the tear-jerking BBC Christmas promo which has been charged with ‘guilting’ working mothers and suggesting the responsibility for parenting is solely women’s – not men’s.

As the mum of a teenage son, with a husband who is his stepfather, this could have been a morning clip from our home.

I still remember my eldest child’s tears when a younger me hurriedly phoned from work to say goodnight.

The school play I had to skip. Me explaining that mummy’s job buys his Lego – and him heartbreakingly packing it up to take back, so I didn’t have to work.

And, yes, the guilt of being a working mother never goes away.

But the reality of today’s world means few of us can afford to do otherwise. And most families, like the BBC’s one, just muddle along as best they can.