Victoria’s State Emergency Services has conceded it does not have the vital fleet to respond to flood and storm emergencies for several months after it removed the vast majority of its rescue trucks from the roads due to cracking issues.

The SES has advised its volunteers to borrow tandem trailers in the interim while it looks into other temporary solutions to replace 70 of the trucks, about 90 per cent of its heavy rescue vehicle fleet across the state, after finding cracking, but has not been able to say when the issues will be resolved. 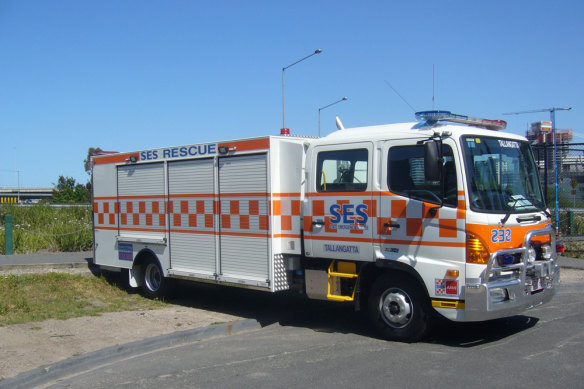 The SES has removed the vast majority of its heavy rescue trucks after they found significant faults.

The emergency organisation first identified problems with its vehicles in April following routine safety checks, and in a note to units across the state last month, the SES said it needed to take more of its heavy rescue trucks off the roads, according to leaked emails obtained by The Age.

“The accelerated durability testing which simulates two to three years of vehicle usage, in addition to observations from the ongoing inspections and monitoring program, has observed further vehicle degradation, which is expected to develop and affect these vehicles over time,” the email to SES units states.

“While it is a difficult decision to remove further vehicles from service, safety drives our decisions. Our risk-based approach has determined that we cannot keep these vehicles online until further testing and analysis can be completed, which could take several months.”

The agency has asked several units with medium rescue trucks to pass them onto others that have lost their larger fleets to enable volunteers to continue attending road crash rescue, which the SES identifies as a priority. But it has conceded those units that lose their medium-sized vehicles will be hampered in its response to floods, storms and other “control hazard responses”.

Many SES units currently only have four-wheel drives, which can only carry five people and a limited amount of equipment. Volunteers have been told to borrow tandem trailers for larger equipment, such as Acrow props – used to support damaged walls and ceilings – and stretchers.

The number of vehicles at some SES units has been cut by three-quarters, according to whistleblowers, and volunteers expect the problem to worsen because some units have also identified cracks in their medium rescue trucks.

“We expect there will be no overall vehicle impacts for road rescue units,” the SES noted in its email. “We appreciate that this may also impact those units for flood, storm, and other control hazard responses, and we will work back with units directly to minimise these impacts.”

An SES spokeswoman said the issue was a “suspected manufacturing and design flaw” by a third-party contractor, which it did not identify.

She said there had not been any incidents or injuries as a result of the problems in the trucks.

“The service has prioritised to backfill affected units with alternate vehicles from the VICSES fleet in the short term to minimise the impact to service delivery,” the spokeswoman said.

“Road Crash Rescue capability has been prioritised and remains unaffected. VICSES remains able to respond quickly and effectively to flood and storm emergencies across the states. VICSES has engaged third-party specialist engineers who are undertaking extensive testing and analysis of the trucks and working through rectification solutions to investigate potential return to service options.”

“The fact that SES crews are now left without adequate vehicles and equipment is yet another example of the Andrews Labor government ignoring volunteers, and once again, it’s Victorians that are put at risk,” Battin said.