Service with sass! Hilarious snaps reveal restaurant workers who don’t put up with any nonsense from customers

As foodies wait for the government to announce the reopening of restaurants and pubs, social media users are sharing snaps taken during their funniest dining experiences.

Shareably rounded up a selection of the hilarious photographs taken around the world for a gallery showing servers who don’t take any nonsense from customers.

Among the amusing snaps is a woman believed to be from the US, who walked around with a label on her foot asking for tips to purchase new shoes.

Another photo shows a Subway employee who got so bored on the job that he penned a sign asking to only be woken up if someone desperately needed service. 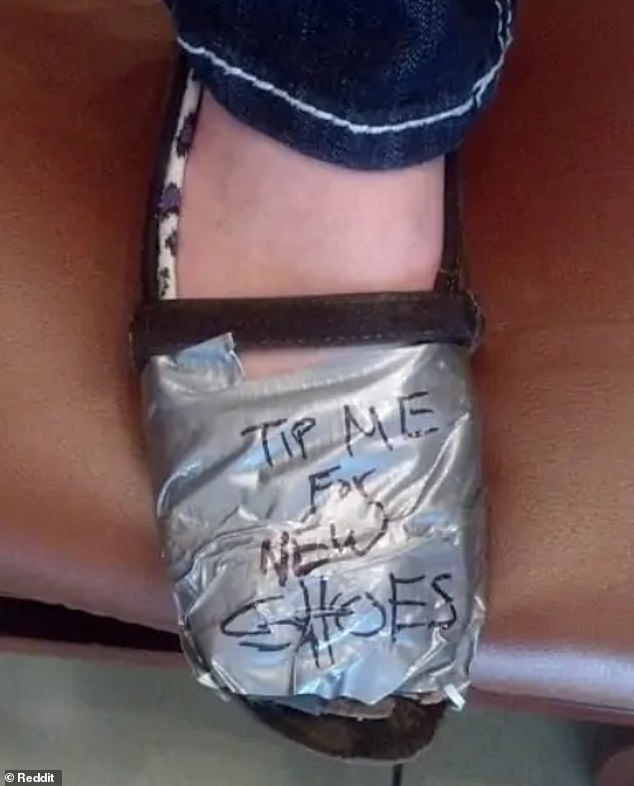 Shareably rounded up a selection of viral photographs taken at restaurants, including a server believed to be from the U.S, who walked around with a label asking for tips to buy new shoes 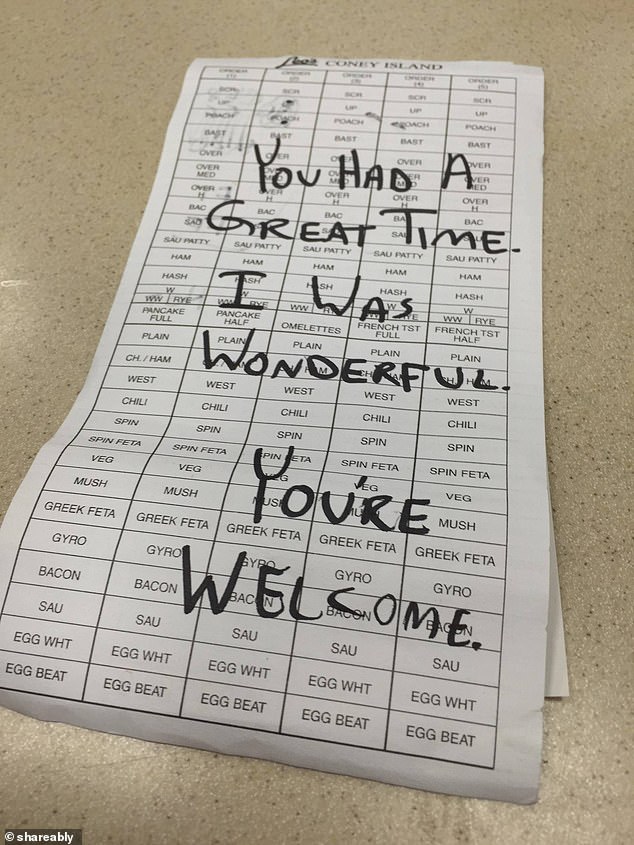 Just in case you forget about the tip! The server at a restaurant in Coney Island wanted to make really sure they were appreciated 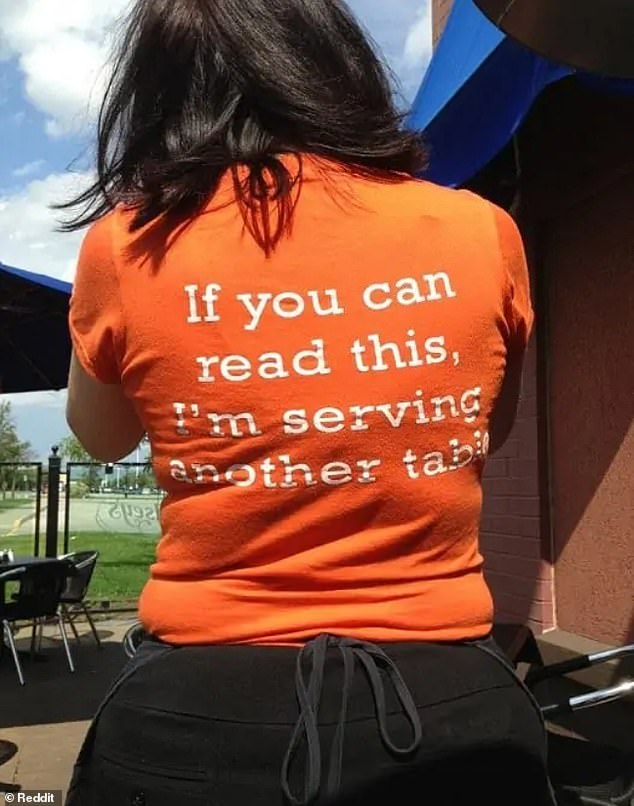 An English woman who is fed up of being disturbed while serving other customers, wore a t-shirt with a very blunt message 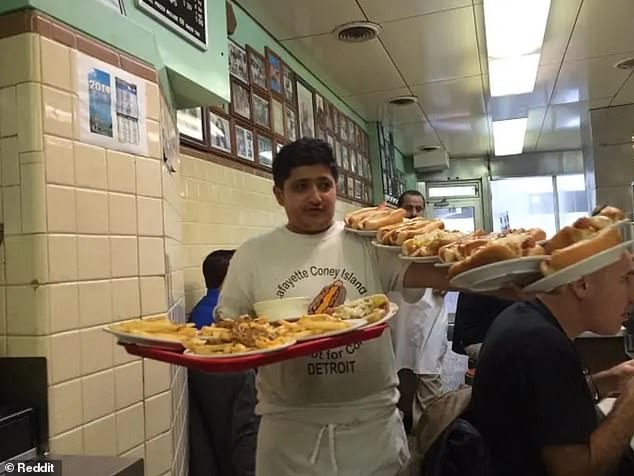 Is this your order? A Detroit-based waiter was snapped demonstrating his exceptional multi-tasking skills as he carried numerous dishes at once 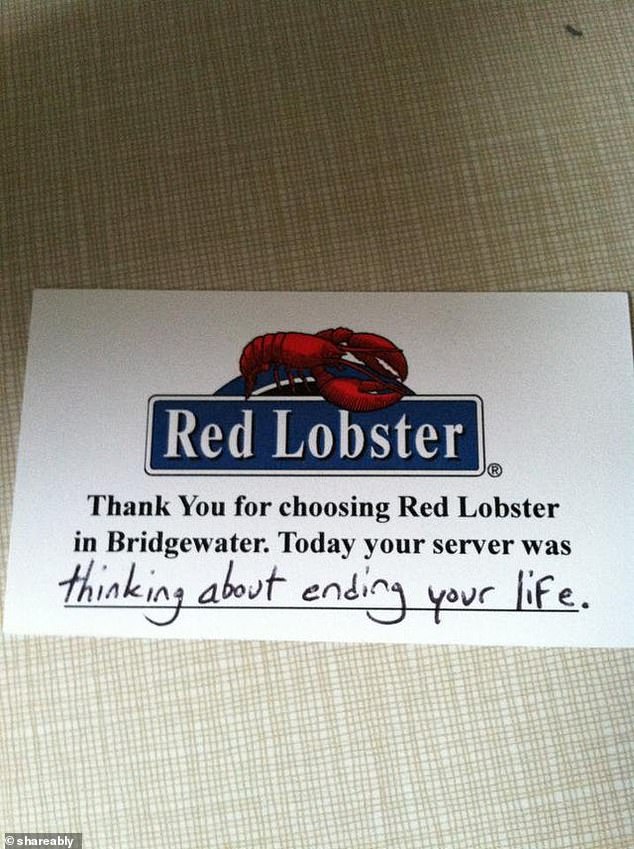 The customer is not always right! A US server made no bones about sticking their claws into an annoying diner 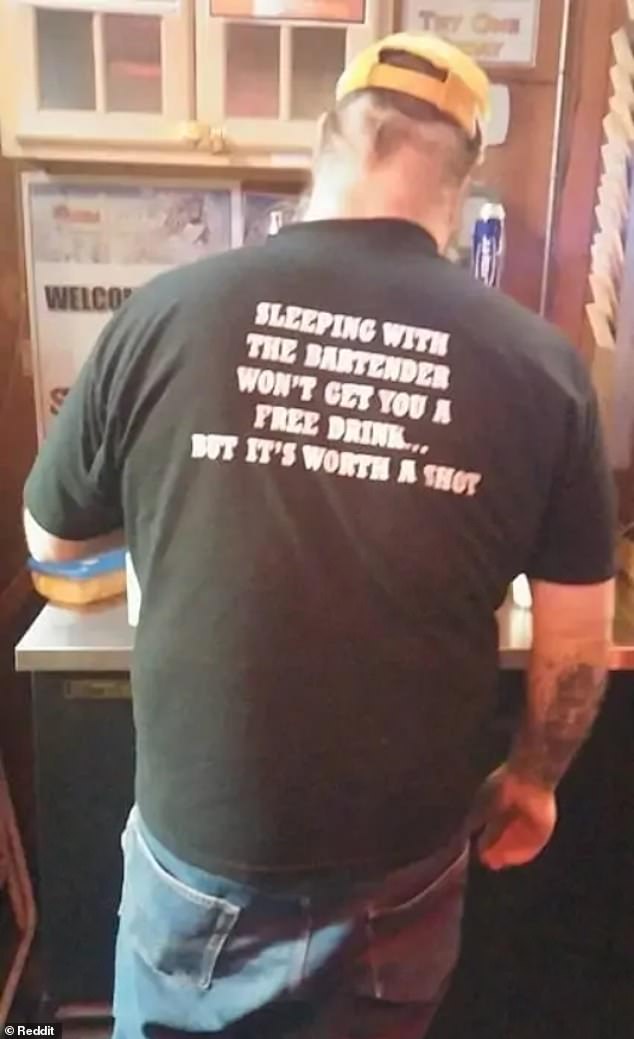 A bartender from an unknown location, advised customers to take ‘a shot’ at sleeping with him for the chance of getting a free drink 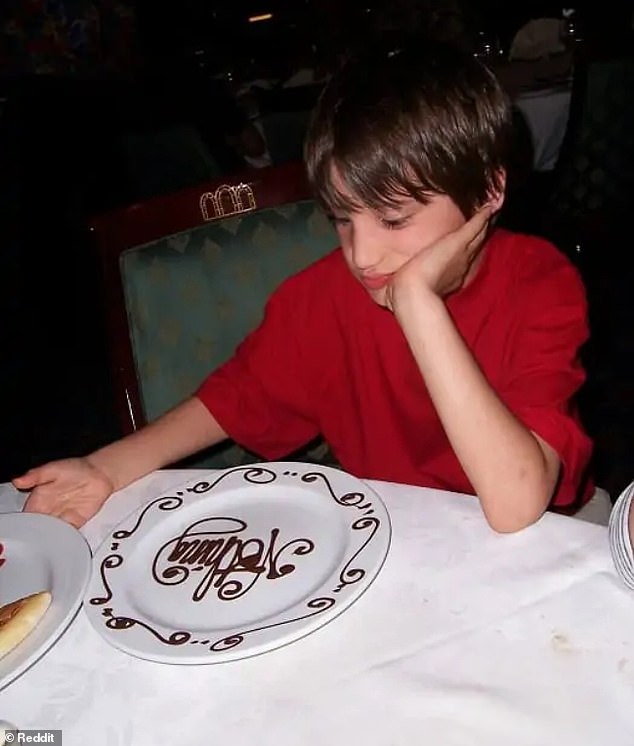 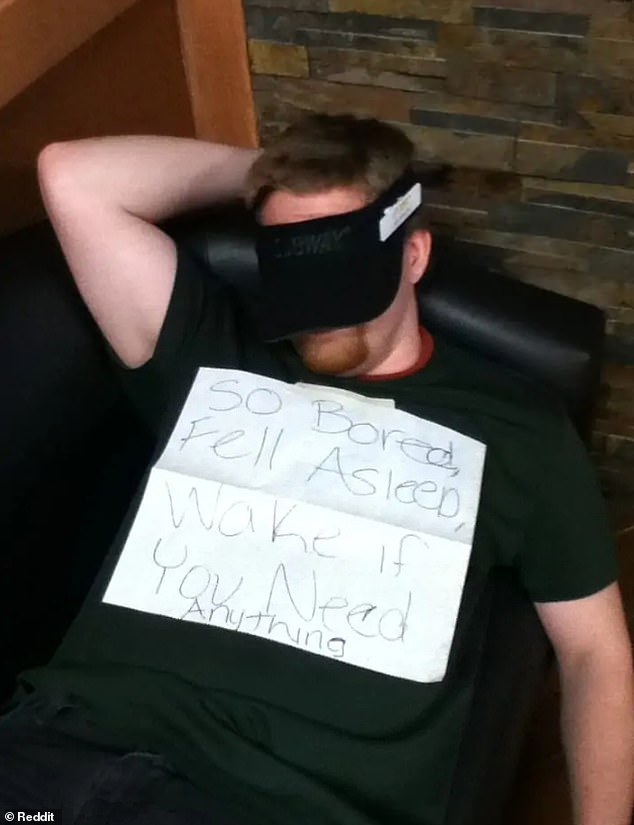 Comfort food! An employee at Subway was captured sleeping on the job with a sign asking only to be woken up if in need of service 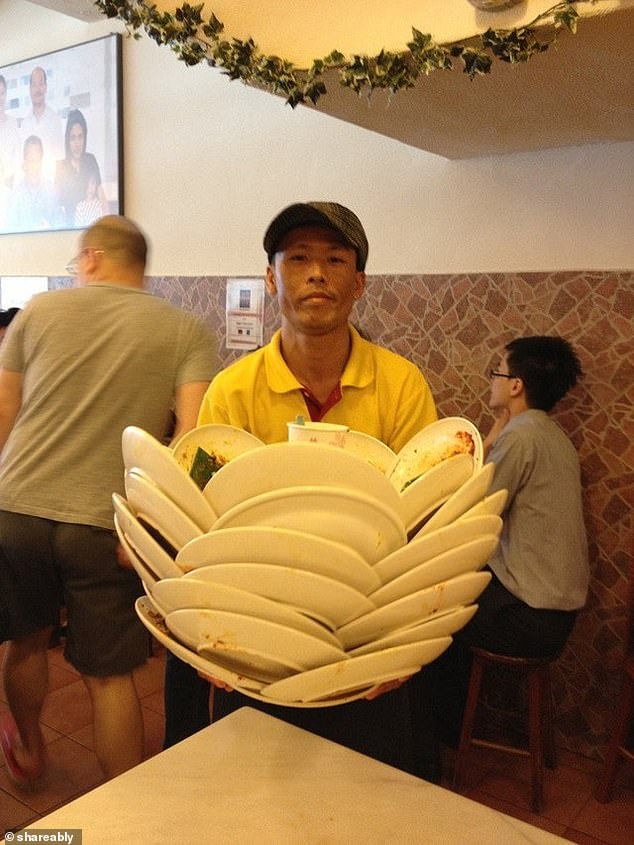 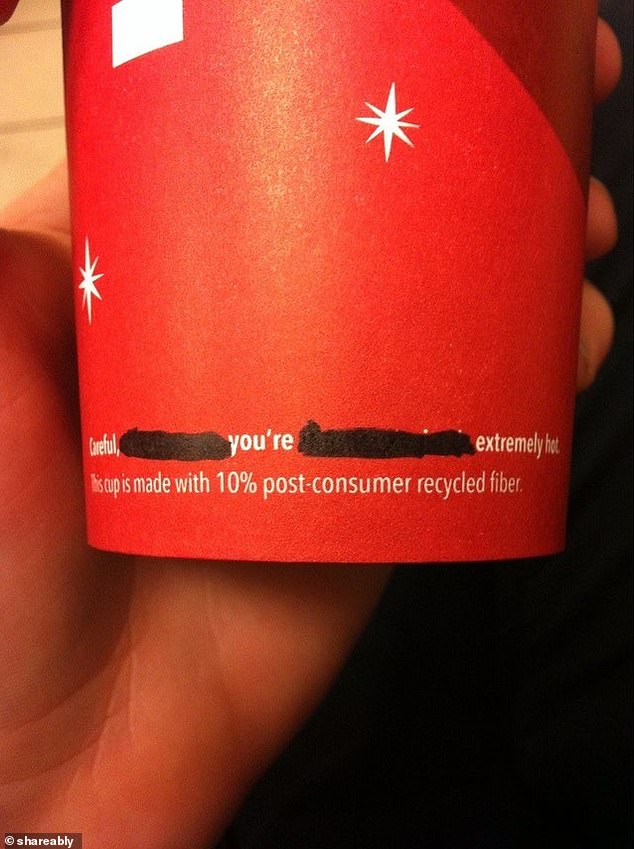 Flirty! One Starbucks customer got a compliment and a coffee after placing their order 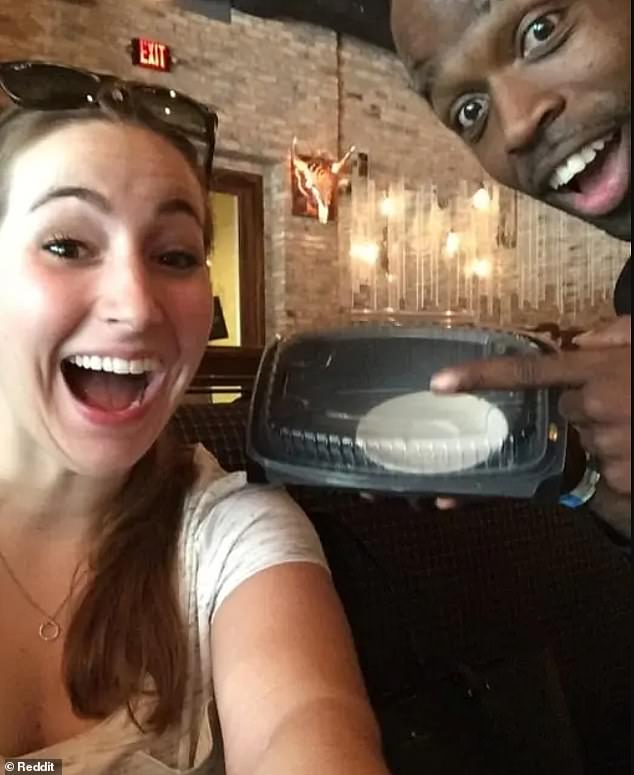 One woman whose location is unknown, was amused to receive exactly what she asked for when she said ‘a small plate to go’ 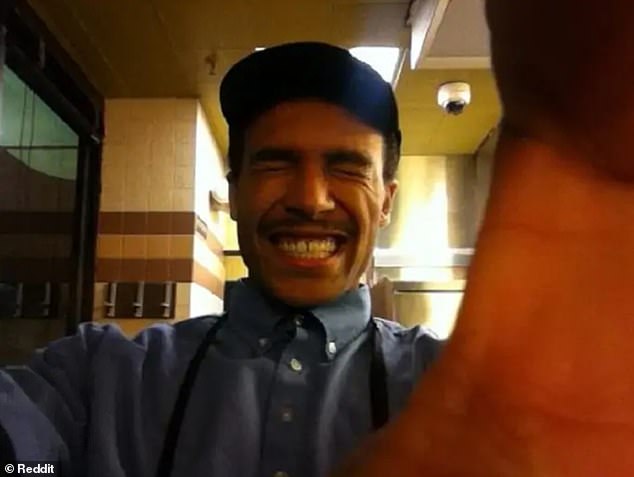 Say cheese! Customers who asked their restaurant server to take a photo of them,  looked in their camera roll to discover that he had captured himself 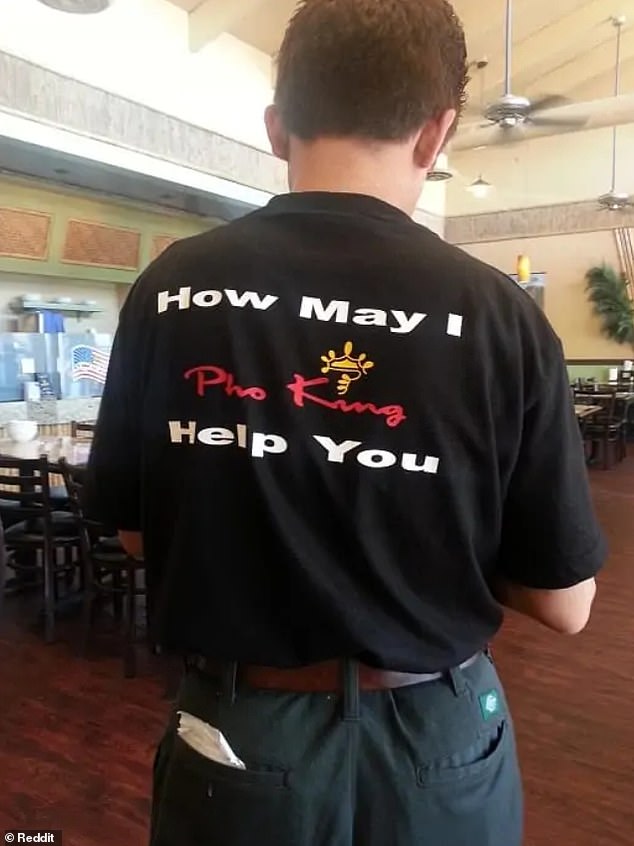 One restaurant server from an undisclosed location, donned a t-shirt with a play on words, suggesting he’s fed up of helping customers 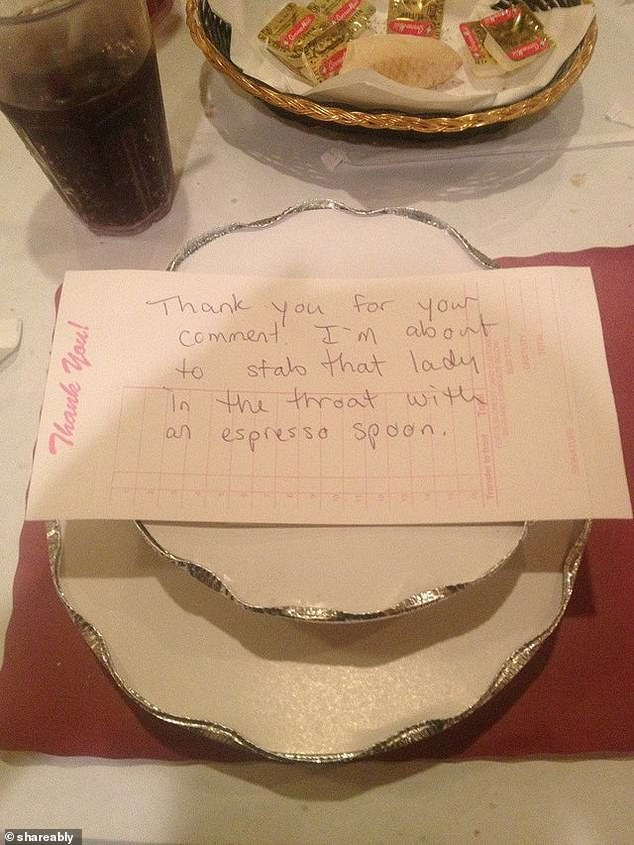 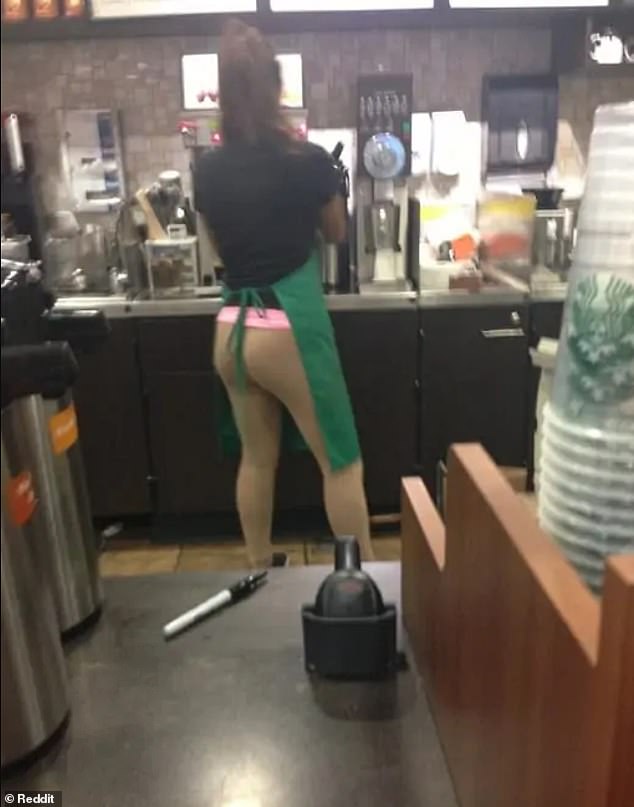 Skinny (dipping) latte! An employee at a Starbucks coffee shop suffered a fashion fail, when she opted to wear leggings that give the illusion of being naked 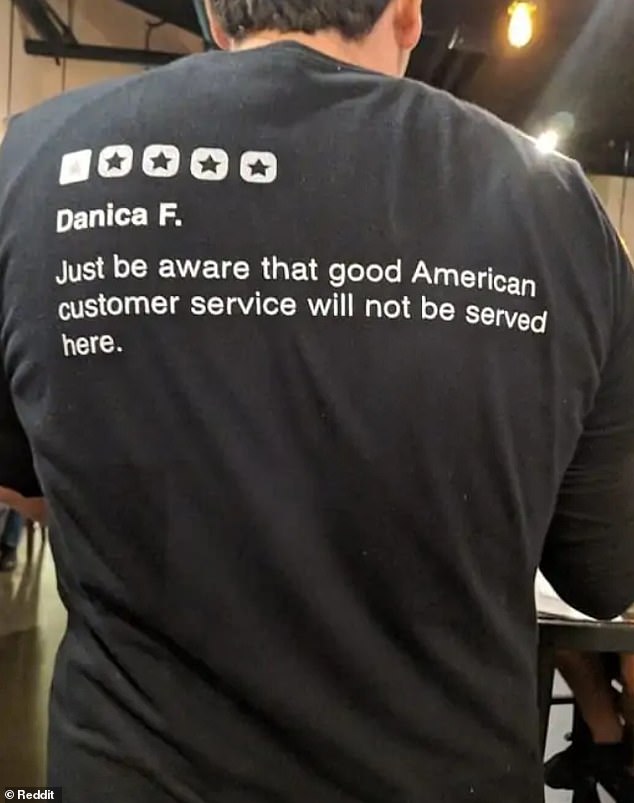