ALDI'S sell out Kevin the Carrot toys are back at Aldi but you'll need to be quick if you get your hands on them.

The discounter is giving fans who missed out on purchasing the toys last month a second chance to snap up their favourite festive characters. 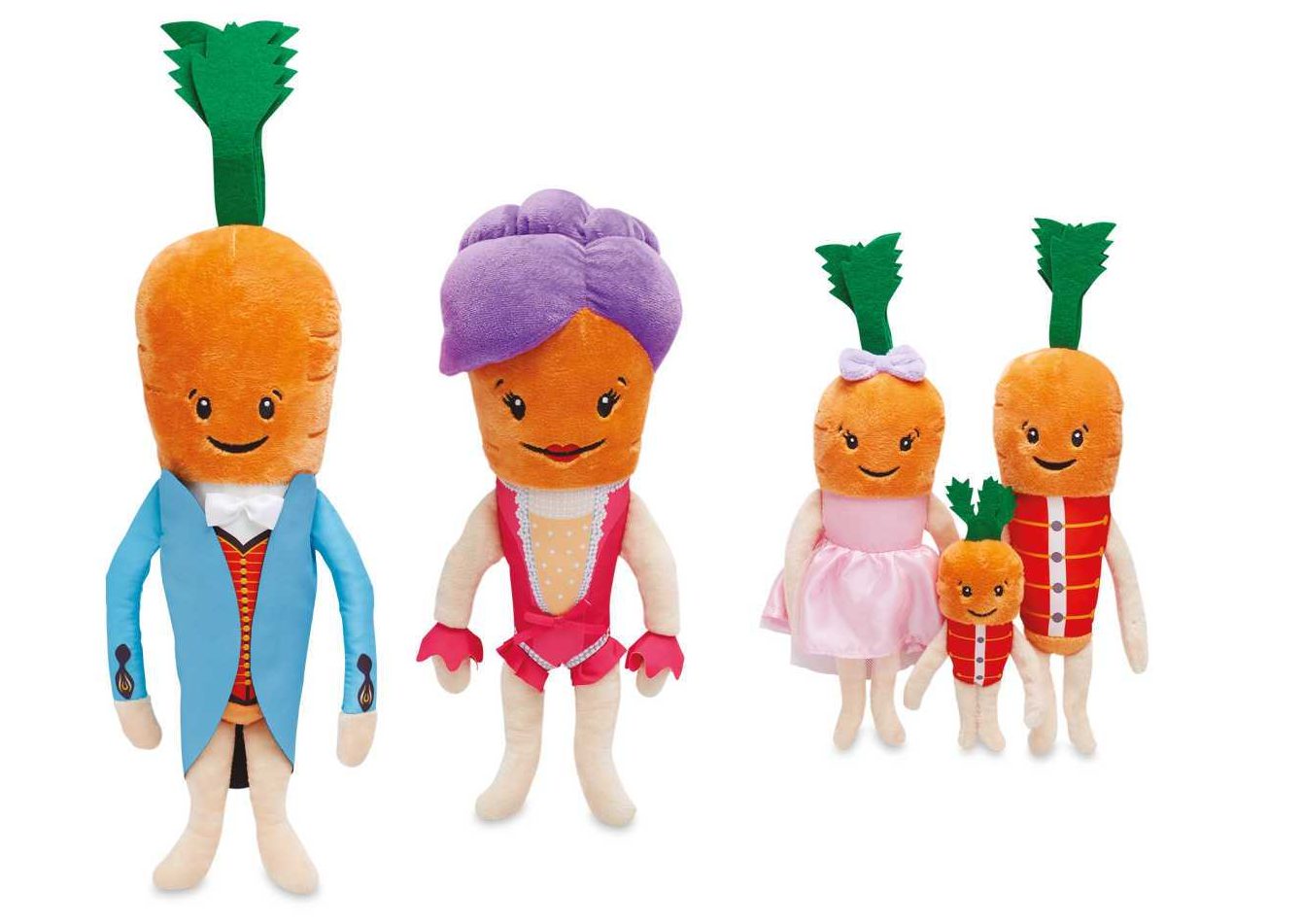 Kevin the Carrot is the main character in the supermarket's Christmas advert.

He's featured in Aldi's festive campaigns since 2016 and this year he's joined by his wife, Katie, and their three children.

Merchandise included a giant plush toy, mug, notebook and Christmas cards but they sold out online within hours.

Customers were then left outraged after many of them were listed on eBay for inflated prices. 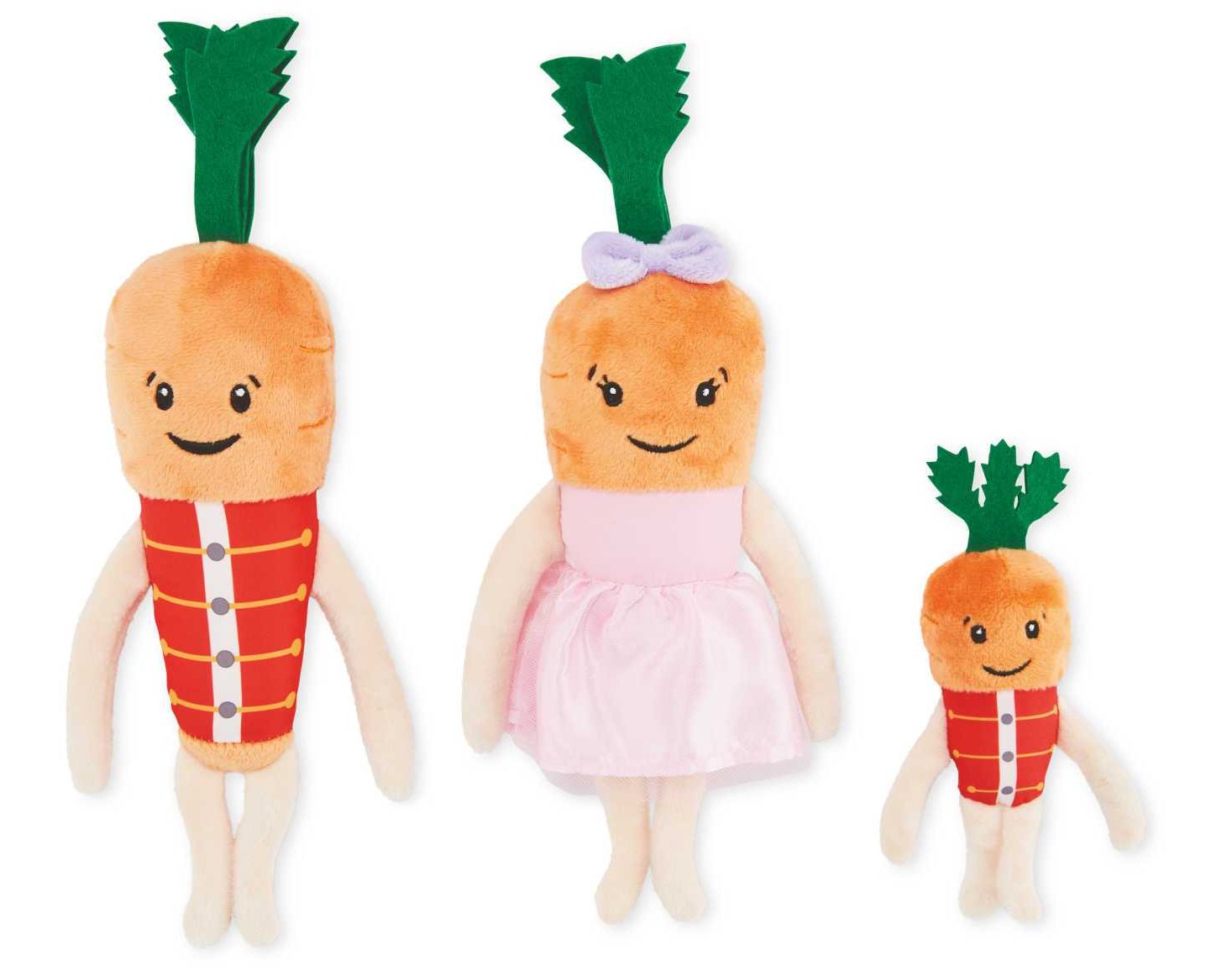 A week later, lovers of Kevin queued from 6:30 to be the first to get what they wanted when they toys launched in store.

But once again, many shoppers were left empty handed and chancers listed them on eBay for up to £1,000 shortly after they'd sold out.

Now, the supermarket is restocking a family bundle, which comes with a Kevin and Katie cuddly toy and their three smaller carrot children.

The set of five toys cost £11.97 and they're only available to buy online so you won't find them in stores.

There's a minimum spend of £20 to qualify for online delivery with Aldi so you'll need to add more things to your basket to qualify.

You'll also need to factor in the delivery charges – it cost £2.95 for standard delivery.

Customers are limited to purchasing two sets in any one go to discourage people from bulk buying them and selling them on for a higher price.

The toys are part of the supermarket's Specialbuy range though, which means once they're gone they're not likely to be stocked again.

Aldi customers looking to do some shopping over Christmas can already plan ahead as the supermarket has revealed its opening hours.

Customers can get discounts at other supermarkets too – one shopper has revealed how she managed to bag her entire Christmas food shop for just £3.51 at Asda.

If you're keen to save by yellow sticker shopping too, you'll also need to get familiar with when your favourite supermarket reduces items and be there on the dot.

Elephant calf is hauled out of 25ft-deep waterhole

January 28, 2020, Comments Off on Elephant calf is hauled out of 25ft-deep waterhole

See All The Best Looks From The Grammys 2020 Red Carpet

Bachelor fans sent into a tizzy as Peter and Victoria F. are serenaded by her ex Chase Rice during awkward date

January 28, 2020, Comments Off on Bachelor fans sent into a tizzy as Peter and Victoria F. are serenaded by her ex Chase Rice during awkward date

January 28, 2020, Comments Off on Primark is selling pink and grey Disney cushions and throws and they only cost £7

January 28, 2020, Comments Off on Justin Bieber announces the title of his fifth album: ‘Changes,’ sets Valentine’s Day release
We and our partners use cookies on this site to improve our service, perform analytics, personalize advertising, measure advertising performance, and remember website preferences.Ok