John Lewis does it again! £175 knee high slouch boots that sold out in a DAY are finally back in stock – but they’re already flying out of stores

The John Lewis & Partners AW18 collection from its new eponymous fashion line has been a runaway success, with key pieces selling out within days.

And now the retailer has announced that its £175 knee high slouch boots, one of the range’s most popular hits, is finally back in stock.

The department store’s Sienna Knee High Slouch Boots came out in early September when the 300-piece collection launched, but the burgundy style sold out within a day while the rest were gone in a week.

Now they’re back in stores, but you’ll have to move fast if you want to get your hands on a pair.

The neutral leather colour is sold out in all sizes but 4, while the burgundy and red have sold out in a size 3. 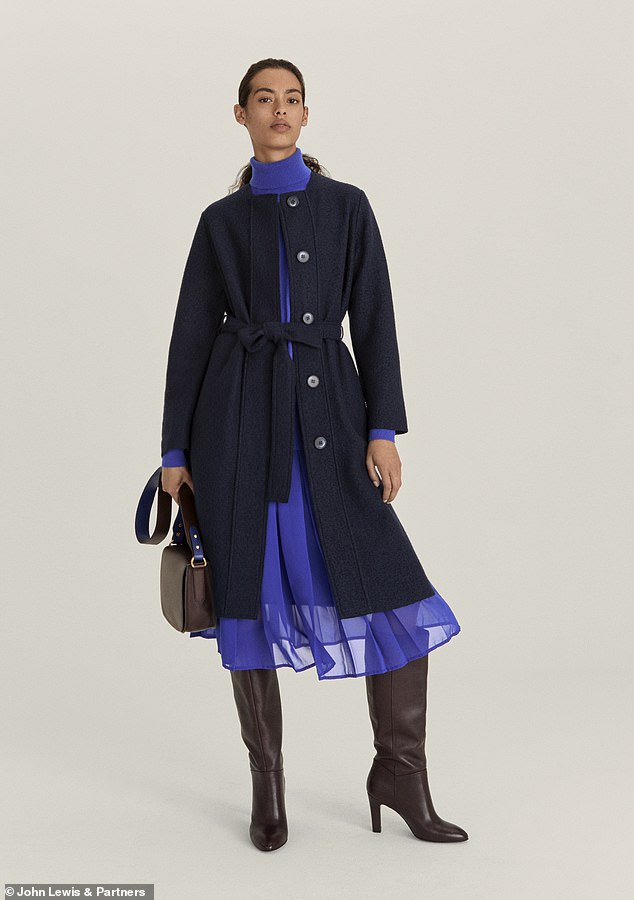 The department store’s Sienna Knee High Slouch Boots are part of their AW18 collection, which came out in early September and included 300 pieces. The burgundy style, pictured, sold out within a day of going on sale 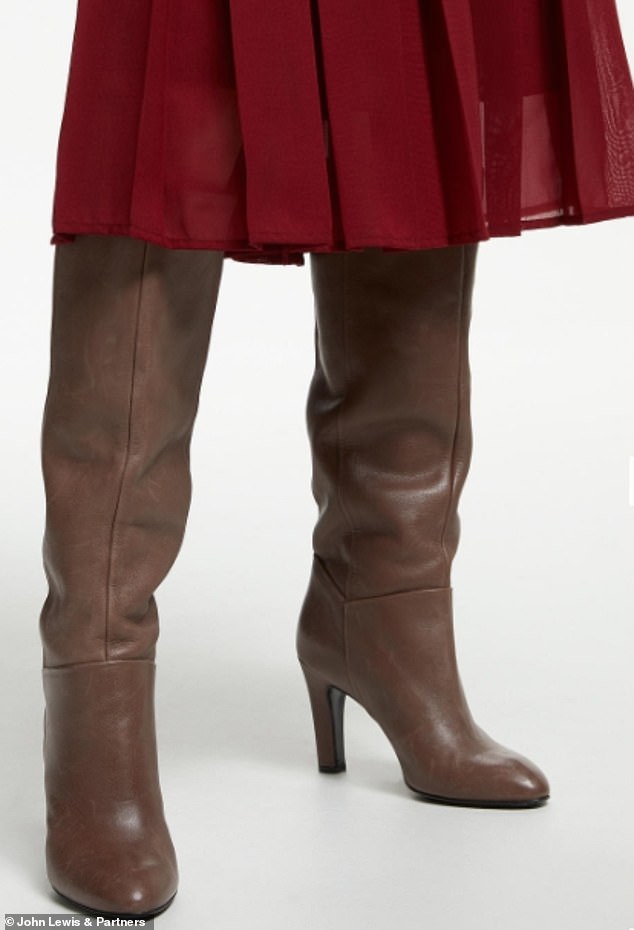 The rounded toe boots can also be worn in two different styles, the a soft slouchy top of the boot can be worn up or ruched down. Pictured: The neutral leather style has sold out in a size 4 after coming back into stock

The boots are available in both red leather, netural leather and burgundy leather. And have a heel height of 9cm.

The rounded toe boots can also be worn in two different styles, the soft slouchy top of the boot can be worn up or ruched down.

John Lewis revealed to Good Housekeeping this week: ‘Our Sienna John Lewis & Partners knee high slouch boots sold out in the first week – we have seen our customers really buy into the knee high with a midi hemline look this season.’ 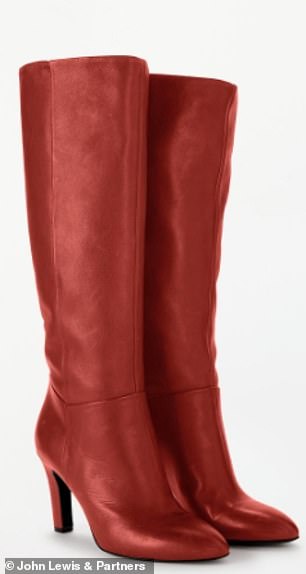 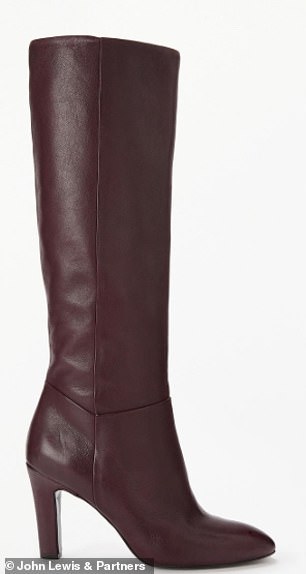 The boots are available in both red leather (pictured left), natural leather and burgundy leather, and have a heel height of 9cm. The burgundy style is the most sought after and has sold out for the second time (right) 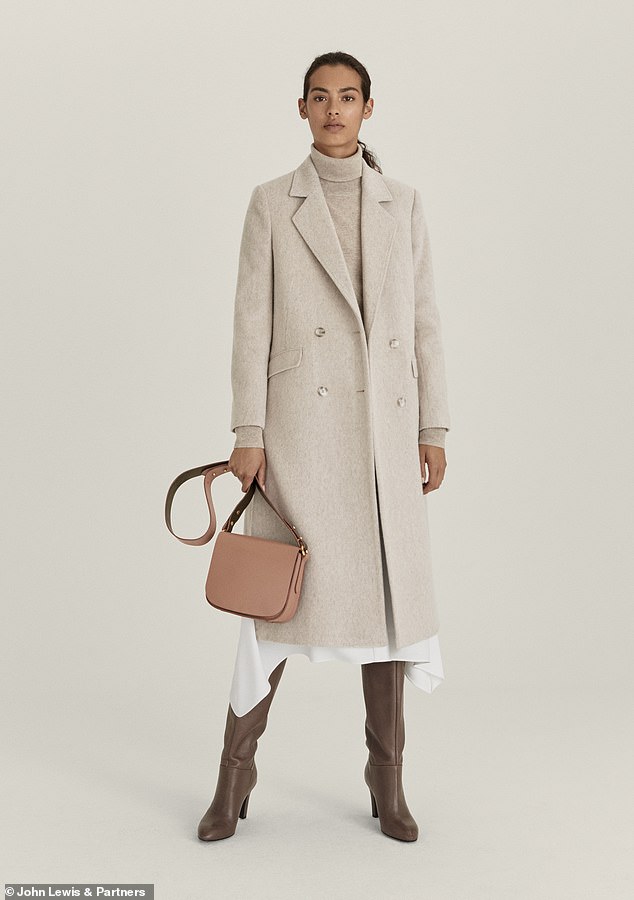 The boots are perfect for wearing with jeans, long skirts and dresses, they’ll definitely keep you warmer than ballet pumps.

The return of the boots comes as the store also restocked

But just weeks after it came out, it sold out in all sizes.

The coat, which proved to be a hit with John Lewis fans was originally priced at £199, but now it’s back in stock, the brand has reduced it to nearly half the price – taking it down to a purse friendly £100. 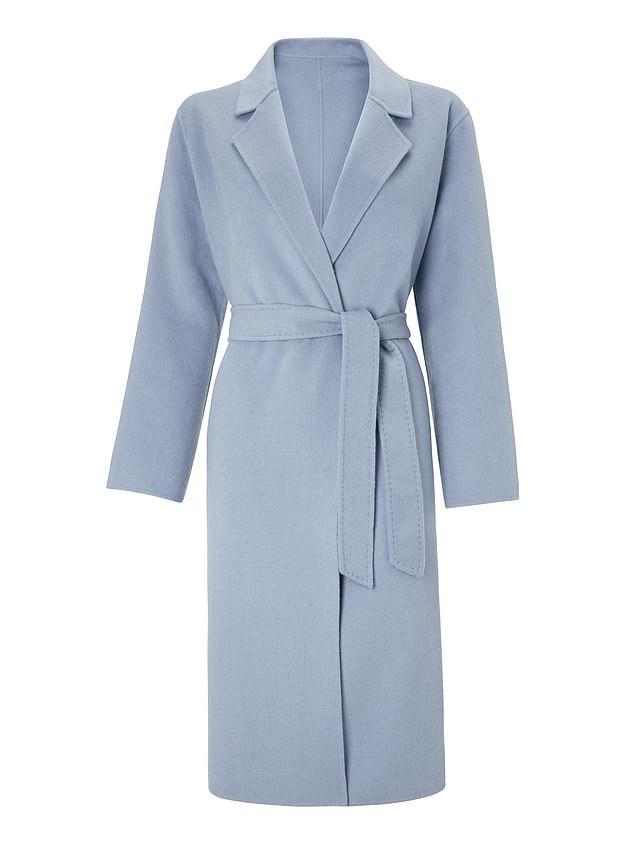 Made with Italian fabric, woven at a family run mill in Tuscany, the soft belted wrap coat has large collars and stitching detail which matches the belt.

The John Lewis & Partners collection was unveiled this Autumn, dubbed its ‘biggest and best yet’ – emphasising ‘riotous colours and easy silhouettes’.

Iain Ewin, partner and head of design for womenswear and accessories, said: ‘We want to empower women to be individual, to be unique and find their own style.’

The launch came just weeks after the retail giant reported profits had fallen to £1.2 million for the six months to July 28 as its chairman blamed a ‘challenging time for retail’ which had been ‘created in part by Brexit’.