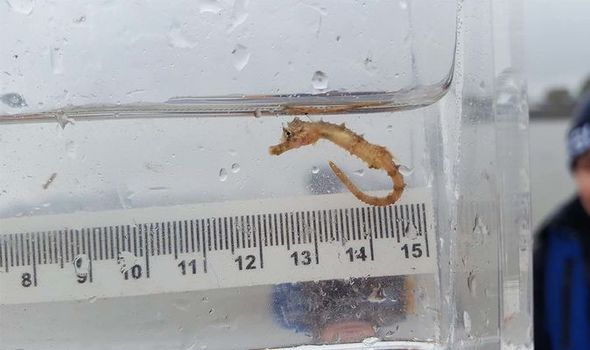 But a survey yesterday warned that it is still at high risk from sewage being pumped in and the impacts of climate change.

The first complete health check of the 215-mile river was carried out by Zoological Society of London.

The survey said the overall picture was “bright for nature”, with an increase in bird species, marine mammals and natural habitats such as carbon-capturing saltmarsh.

ZSL found the tidal stretches of the Thames support more than 115 species of fish and 92 types of bird.

It also has nearly 1,500 acres of saltmarsh – regularly flooding grassland which is a crucial habitat for all sorts of wildlife. Species include seahorses, eels, seals and even sharks, including tope, starry smooth-hound and spurdog.

However, the report warned there has been a long-term increase in nitrate concentrations, which can negatively affect water quality and damage wildlife.

The Environment Agency says industrial and sewage effluent is the main source in London.

What is happening where you live? Find out by adding your postcode or visit InYourArea

The Thames Tideway Tunnel, a 15-mile supersewer due to be completed in 2025, should reduce the flow of filth – currently tens of millions of tons every year – by 95 per cent. Meanwhile, water levels in the tidal Thames have been rising since 1911 – almost certainly in part due to climate change.

The height at Silvertown in east London has been increasing an average 4.26mm each year since 1990. The water temperature is also up significantly during summer and winter. But the Thames estuary’s large area of saltmarsh is seen as a weapon against climate change because it absorbs large volumes of carbon from the atmosphere.

Alison Debney, of ZSL, said: “The Thames estuary and its associated ‘blue carbon’ [ecosystems which capture and store carbon] habitats are critically important in our fight to mitigate climate change.”