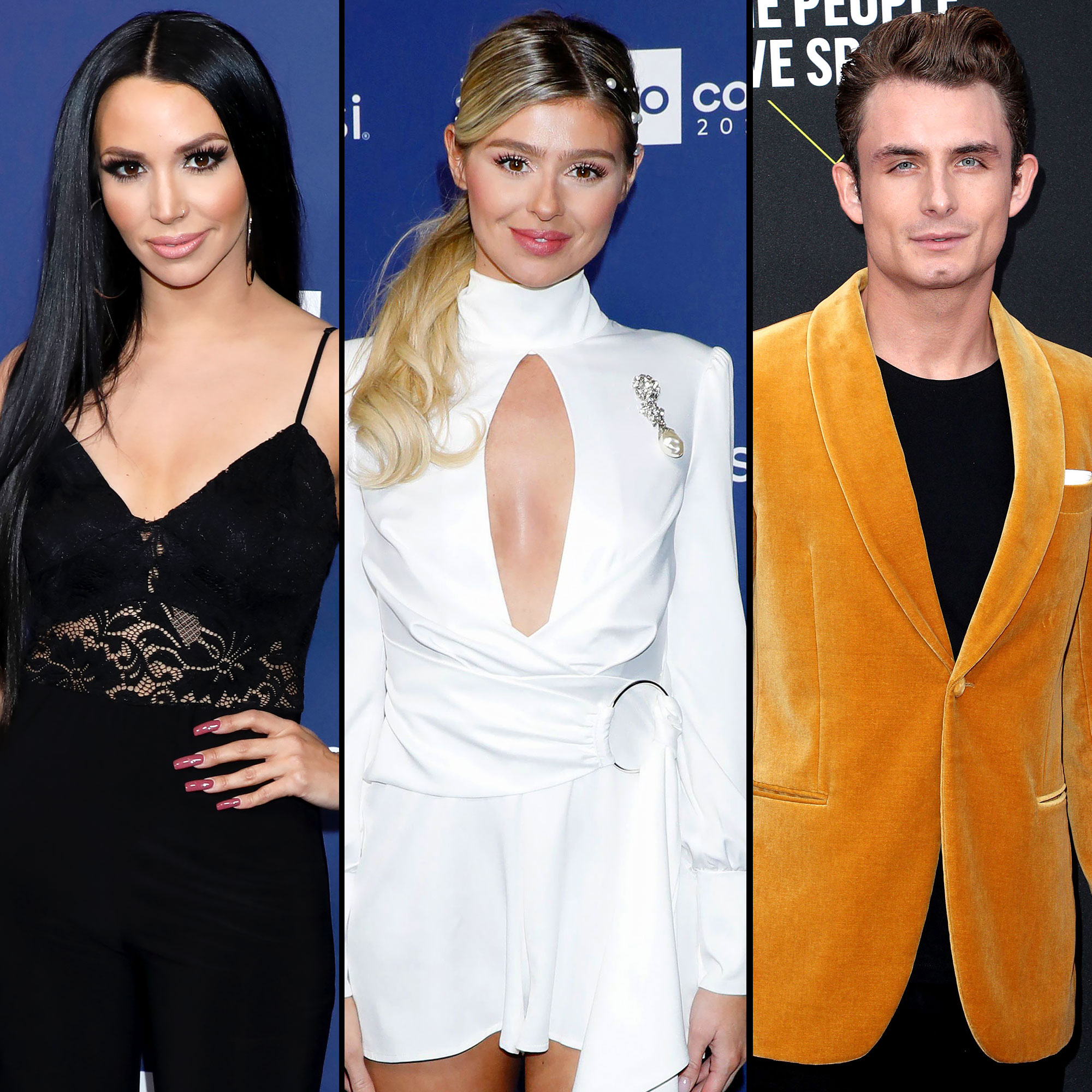 Clapping back! Scheana Shay fired back at the narrative that she and Brock Davies stole Raquel Leviss and James Kennedy’s engagement weekend spotlight after sharing their own engagement news with the group — and planning a secret wedding on the same trip.

“I’m not sure if you know, but we are filming a television show,” the 36-year-old star wrote via Twitter on Tuesday, January 18. “We had two days left of filming to tell our story to our friends as well. ✌🏼.”

The Vanderpump Rules star added: “Announcing at a llama farm shouldn’t have taken from their engagement party.”

Scheana’s fiancé, Brock, 31, raised eyebrows during the season 9 finale of Vanderpump Rules, which aired on Tuesday. During the episode, Scheana and Brock, 31, noted they were already engaged but originally chose not to tell anyone because they were celebrating James, 29, proposing to Raquel, 27, during the getaway.

‘Vanderpump Rules’ Cast Weighs In on James and Raquel’s Split

As the DJ and the former pageant queen’s proposal played out, viewers learned that Brock had planned to marry Scheana over the same weekend. (Raquel and James announced their engagement in May 2021, but called it quits seven months later.)

During the finale, Scheana and Brock chose not to get hitched, but the Homebody App cofounder did spill the beans about their original plan, while James and Raquel weren’t present, which angered the whole group. (Us Weekly confirmed the engagement news in July 2021 after Scheana was spotted with a diamond ring on her left hand.)

After the episode aired, the “Scheananigans” podcast host faced backlash as some fans claimed she was trying to steal the show and mooch off her friends’ hospitality. The West Covina, California, native, however, denied wanting to hurt Raquel — who asked Scheana to be one of her bridesmaids during the episode — or James with her own happy news. 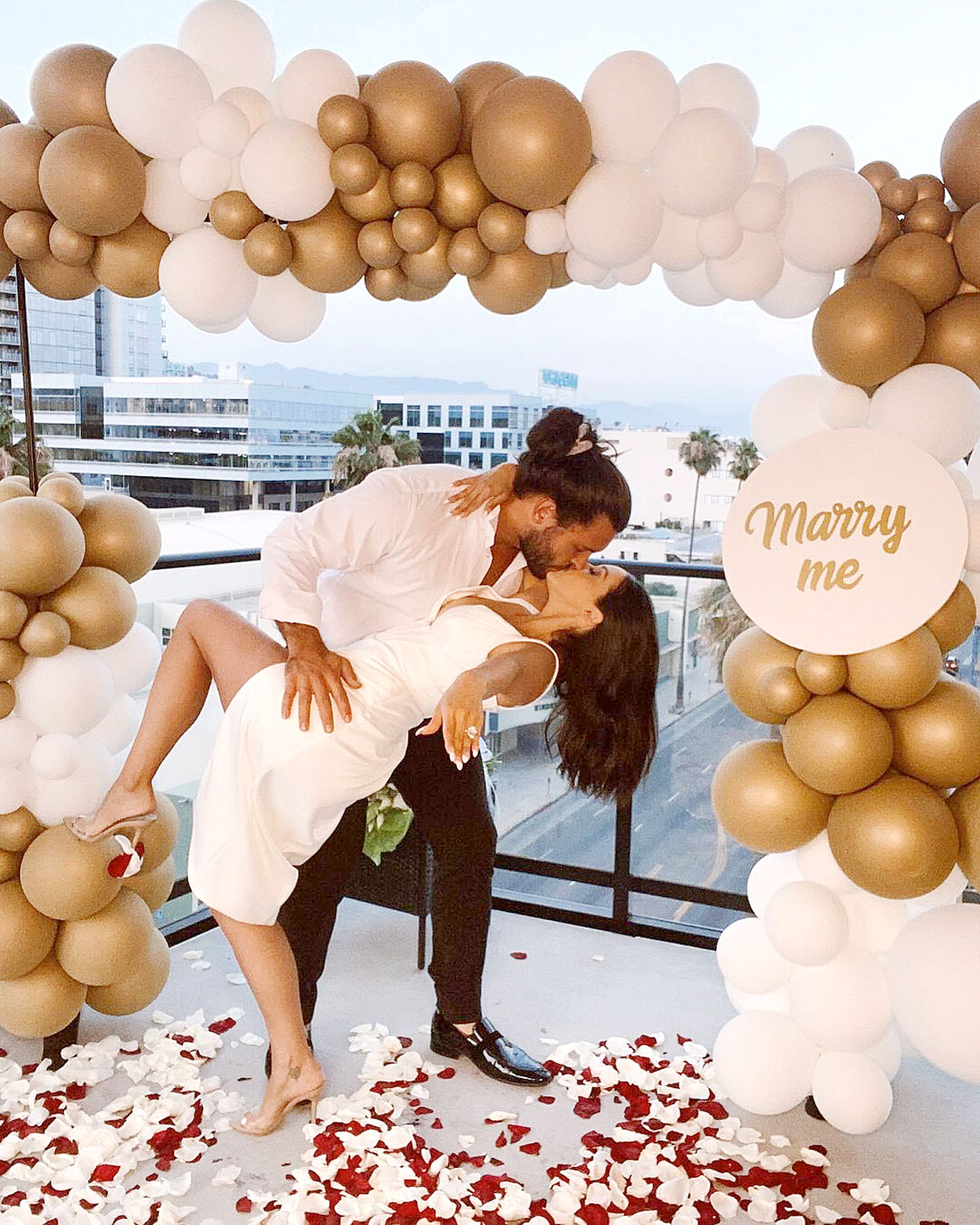 “She was ALL I was thinking of and the reason I didn’t want to do anything,” the “Good as Gold” singer tweeted after the finale. “I must have said 100 times I do not want to do anything to upset Raquel. Also, why we didn’t tell her we were engaged.”

Scheana further explained that the reason she and the Australia native chose to tell everyone their own news during the llama farm visit was because, “We were finishing the season. Duh.”

While it was a weekend dedicated to celebrating the British TV personality and the Sonoma State University alum, Scheana was surprised by how the rest of the cast took her engagement. “The reaction from my friends was beyond disappointing,” she tweeted on Tuesday.

When it came to the secret wedding plans, Scheana explained that Brock never wanted to get married on the property of James and Raquel’s party. Instead, she claimed he wanted to whisk her away to Santa Barbara, California, which wasn’t far from where the group was staying on the show.

“It was NEVER happening at their party or on their property,” she wrote via social media. “He suggested sneaking away to Santa Barbara when everyone else was doing activities. How do you not understand that?”

The reality star, who shares 8-month-old daughter Summer with Brock, insisted that getting a wedding filmed for the show was never her desire.

“I literally don’t give a f–k if my second wedding is filmed or not bc we are getting married for US,” she tweeted. “Brock really wanted to show his love for me this season.” (Scheana previously married Mike Shay on the TV show in 2014. The duo filed for divorce two years later.)

On Tuesday, the TV personality noted that her “dream wedding” will take place later in 2022 and she doesn’t care if it’s on or off camera.

The musician doubled down on her claims that she and Brock didn’t do anything wrong during the getaway, adding, “Did we get engaged AT their party???? No.” She explained that being part of the Bravo series means it’s their “job” to film what’s happening in “all of our lives.”

Scheana concluded: “I’m still just confused why it’s so hard for people to just be happy for me!?”