SARAH VINE: Does Prince Harry even know who he is anymore?

Were it not for the distinctive red hair and familiar Eton swagger (no amount of woke bootcamp will ever eradicate that) it really could be any of the above.

It is, of course, our very own Harry Windsor, former Prince of this parish, now, it would appear, a fully paid-up member of the Cool Crowd.

Wow. He really has come a long way since the days of pheasant shoots and tweedy, midge-infested picnics. No doubt his new best friend and sychophant-in-chief James Corden will re-christen him ‘the Hot Prince of Bel Air’. 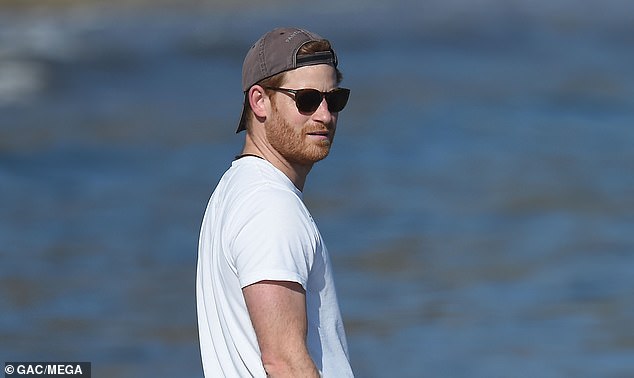 Maybe he’s working on his own rap track with Jay-Z, backing vocals by Beyoncé. Or could it be a ‘collab’ with Justin Bieber? He certainly seems to have been taking fashion tips from him.

Either way, it seems Harry got his wish. He’s about as far removed from the world of the British Monarchy as Cardi B is from Mother Teresa of Calcutta. He finally did it. He’s finally a commoner.

Or at least he thinks he is.

I must admit, the more this whole Harry and Meghan saga unfolds, the more I’m starting to think it’s all just one hugely delayed act of teenage rebellion. A trustafarian tantrum of truly epic proportions.

You know the type. Public school, country houses, huntin’, shooting’, fishin’, cases of port laid down at birth and all the rest. Proper tailoring and expensive teeth. Then they get to college and discover absolutely no one apart from a few idiots in red trousers likes them.

Suddenly the fact that Daddy owns half of Goldman Sachs is less a winning ticket in the lottery of life and more a huge source of embarrassment, especially when you find yourself handing over your American Express gold card to pay for a round in the Steve Biko student bar.

It’s all very difficult and stressful and not at all conducive to getting off with that rather intense yet incredibly hot girl in the post-colonial studies class. How does a chap prove to the world that he’s not just a pampered, over-indulged son of privilege – and show that he’s actually a very deep, caring sort of type who, like, totally understands the struggles of the common people?

Simple: you pretend to be one. Throw off the shackles of tradition, break free from the straitjacket of expectation. Or in Harry’s case, indulge in endless hand-wringing and mea culpas, and tell Granny where to stick her crown. In rejecting his home, his family and his country, Harry believes that he is embracing a more ‘authentic’ experience in America, one that, ultimately, will make him a better human being. 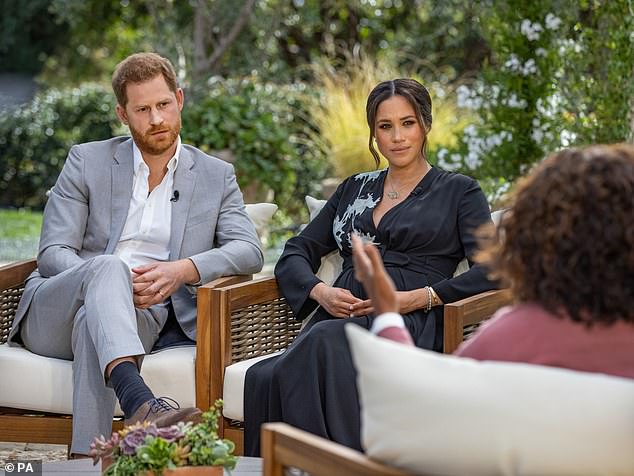 Except he hasn’t, really, has he? Because, in truth, he’s left behind none of the trappings of privilege. And the ‘authenticity’ is just a veneer. The reality is he’s leveraged every last ounce of his status to the maximum, using it to obtain lucrative contracts with Netflix, Spotify and others. He lives in a home as lavish as any he grew up in, and he still rubs shoulders with royalty, albeit of the Hollywood kind. All while expecting us to think he’s somehow ‘keeping it real’.

The joy of the old Harry is that he was never that self-conscious wannabe pretending to be something he wasn’t. Yes, he was a honking Sloane and a bit of a prat at times – but he was at least unselfconsciously himself, and that is why we loved him so much, for all his faults.

This fellow on the beach: I’ve no idea who he is. And the sad part is that neither, I suspect, does he.

Oh Alan, you’re such a hoot

Former Foreign Office Minister Alan Duncan tears into former colleagues, including the Prime Minister, Priti Patel and my husband, in his memoirs.

I’ve only met Duncan once or twice, most memorably a number of years ago at the house of a mutual friend.

My abiding image of that evening is of Duncan, much refreshed by our host’s generous cellar, flirtatiously pursuing a fellow guest – a striking young man in his early 20s – around the dining table in a rather one-sided game of tag. Always so full of mischief, Alan.

Glad to see he hasn’t changed.

Now we see the reason for the teaching unions’ silence over the Batley Grammar teacher bullied out of his home and livelihood by a mob: they were far too busy stirring up foment at Pimlico Academy in London by trying to get another innocent man – the head teacher, whose only crime is daring to dedicate his life to helping young people – hounded out of his job too. Nice to know where their priorities lie.

● So much in Britain boils down to booze. Take vaccine passports. Essentially what we have here is an argument between people who will do anything – including sign away their right to privacy – for the chance of a pint and a packet of ready-salted down the Dog & Duck; and those who would rather drink homebrew in perpetuity than hand all their data over to the Government. I’m with the latter, I’m afraid.

I’ve had one of those British Gas HomeCare contracts for years. So when my washing machine packed up I went to book an engineer – and found the earliest slot was at the end of April.

That’s a month without clean pants. Added to the four-week wait to fix a minor leak in our boiler and last year’s saga with the drier, and I’m starting to feel a bit of a fool for paying them over £30 a month.

Meanwhile they advertise their services on the back of the lockdown with the slogan ‘Keep your home working with British Gas’. Not in my experience.

● I’ve no problem with Dr Priyamvada Gopal, Professor of Postcolonial Studies at Cambridge, comparing Tony Sewell – chair of the Government’s Race Review – to Goebbels. Firstly, I believe in free speech; but secondly it’s vital we know the extent of people like Gopal’s twisted world view. The more she – and others such as the MP Clive Lewis who tweeted a picture of the Ku Klux Klan in his response to the report – exposes her true colours, the fewer will take her divisive agenda seriously. 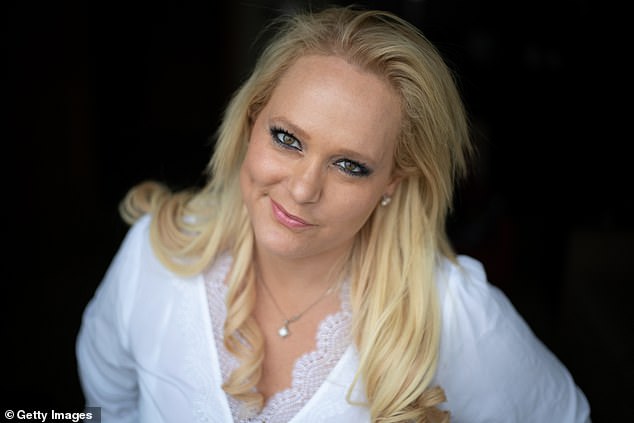 There is something super-creepy about the selfie of Jennifer Arcuri in Boris’s kitchen. Almost as though it was all some carefully planned bid for fame and fortune. Honestly, what is it about canny Californians and gullible Old Etonians?

● One good thing about staycations: at least we don’t have to be ‘beach body ready’. Bring on the Easter eggs!

● Nish Kumar, presenter of the now defunct Mash Report, said he would not host a ‘political comedy’ show on the BBC again. Erm, not sure he ever did.

● The term ‘rape culture’ is the latest addition to the woke lexicon. Until recently it was the kind of terminology only used by 1970s second-wave feminists at misogyny workshops; nowadays even Huw Edwards is talking about it on the TV news. Not only does it feed into that ‘all men are rapists’ nonsense, it also works on the assumption that all women are de facto victims. Most of all, though, it’s unhelpful to actual victims of rape, who now find their horrific experiences turned into a trendy cause for keyboard social justice warriors.