They’re two birds of a feather.

Salma Hayek likes to decompress from her busy career by meditating with her rescued pet owl named Kering.

“You won’t believe this. I do meditate with the owl very, very often,” the actress, 54, told People on Monday.

And it seems Hayek’s feathered friend has a knack for finding her center.

“The minute I go deep into meditation, she stays super still,” she said of Kering.

Meditation is not the only activity that the “Frida” star and her bird BFF do, as she told the magazine that they also like to watch TV on her iPad and eat meals together.

As it turns out, something as simple as having Kering nearby keeps Hayek at peace.

“Just being in the same room [with her], there’s an energy to it, and it is mesmerizing,” she told Vanity Fair in April. 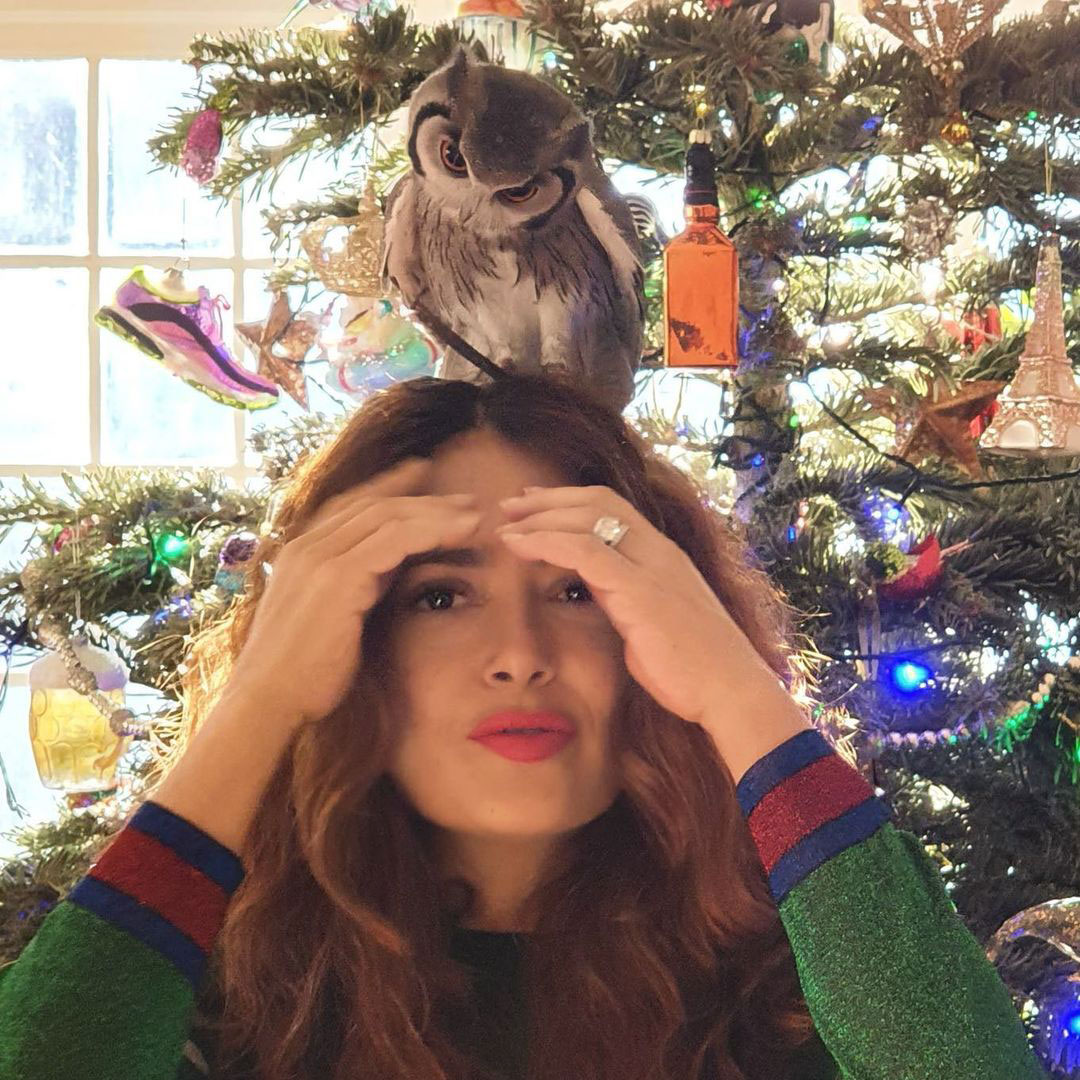 The compliments did not stop there. The “Like a Boss” star also revealed that the nocturnal animal has a mature palate — especially when it comes to beverages.

“Even though owls don’t drink liquids because they take everything from their prey, she likes good wine, this one,” she told Vanity Fair.

The “30 Rock” alum added that Kering typically hangs out “on my head or my shoulder, my arms.”

“Sometimes, when she is really close to me, I can feel her rubbing against me, which is really nice. And I feel so blessed,” she added.

Even Hayek’s fans have grown to love Kering in recent months, as the owl has become a regular fixture on her owner’s social media pages.

“This is a Salma Hayek’s pet owl appreciation post, who may be the only creature in the world more gorgeous than Salma Hayek,” a popular meme account posted in June 2020. “Is it legal or even ethical to have a pet owl? No freaking idea. But that won’t stop me from loving Salma Hayek’s stunning baby owl.”