The royals are getting into the Christmas spirit ahead of the holiday.

The Duke and Duchess of Sussex were spotted arriving at the palace on Wednesday. 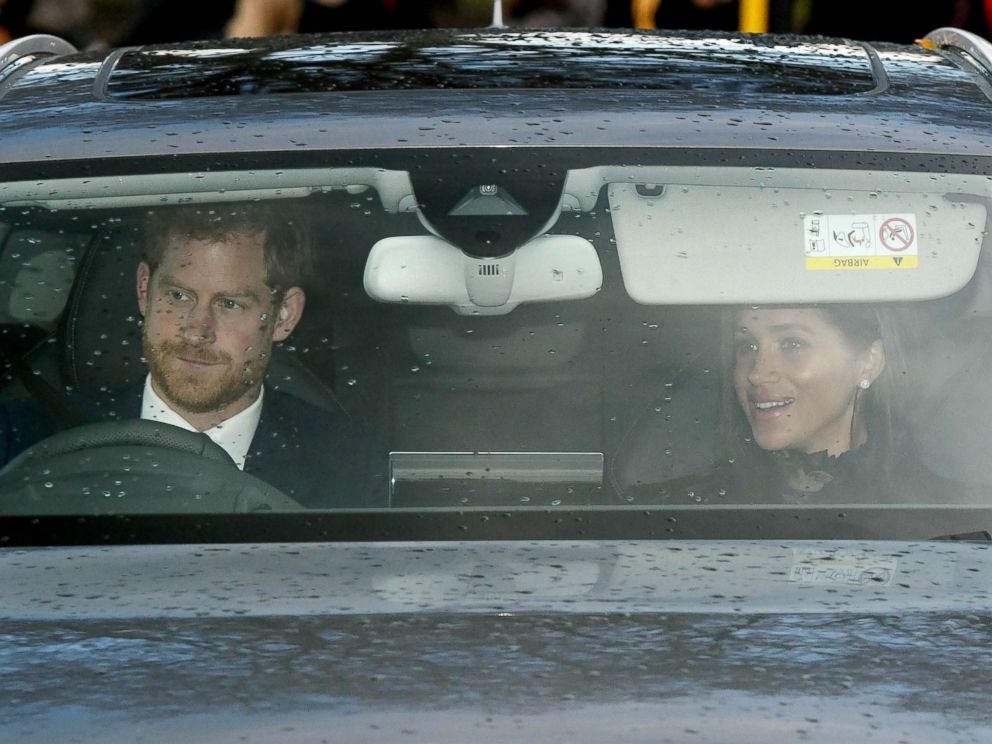 The newlyweds, along with the Duke and Duchess of Cambridge and their three young children, Prince George, Princess Charlotte and Prince Louis, are all expected to spend Christmas with Queen Elizabeth at her Sandringham estate in Norfolk.

This will be Meghan Markle’s first Christmas as a member of the royal family.

“It was fantastic. She really enjoyed it,” Harry said on Meghan’s presence at the family holiday last year. “The family loved having her there.”

This year the royal family is expected to follow annual traditions, including exchanging gifts on Christmas eve, many of which are usually humorous, and attending a service at St. Mary Magdalene Church in Sandringham on Christmas morning.

A Christmas lunch usually follows, and the family also tunes in to the queen’s annual televised Christmas broadcast.

Last year, Queen Elizabeth shared a special message on the importance of going back to one’s roots.

“We think of our homes as places of warmth, familiarity and love — of shared stories and memories — which is perhaps why, at this time of year, so many return to where they grew up. There is a timeless simplicity to the pull of home,” she said.

She also added that she was thinking of those affected by the May 2017 Manchester bombing and the June 2017 Grenfell Tower fire.

“This Christmas, I think of London and Manchester, whose powerful identities shone through over the past 12 months, in the face of appalling attacks. In Manchester, those targeted included children who had gone to see their favorite singer,” she said.

This Christmas comes at an interesting time for the family.

Reports have surfaced that the Duchess of Sussex could receive her first royal patronage from Queen Elizabeth soon.

“She’s been having meetings behind the scenes to find out more about the charities and organizations that she’s considering becoming patron of,” ABC News’ royal contributor Victoria Murphy said of Markle. “She is very interested, we know, in women’s and girls’ rights around the world.”

The Duchess of Sussex this morning visited The Royal Variety Charity’s residential nursing and care home Brinsworth House, to join the residents and staff as they enjoyed a festive themed morning ?? The Royal Variety Charity, of which The Queen is Patron, assists those who have worked professionally in the entertainment industry and are in need of help and assistance as a result of old age, ill-health, or hard times. The Duchess attended this year’s Royal Variety Performance with The Duke in November. Proceeds raised from the event go directly towards supporting Brinsworth House. ??PA

“We also know that she’s interested in education and equality of education for all, and we know that, with her background as an actress, she is very interested in the arts,” Murphy said of Markle.