Catherine, Duchess of Cambridge, like all brides, wanted her wedding to be special and for her, that included an element of surprise about her wedding dress. According to a documentary, Kate was left in tears when the details of her wedding dress designer leaked ahead of her royal wedding to Prince William. Though the exact style of her dress wasn’t revealed until the day itself, the name of the designer was spoiled ahead of time. 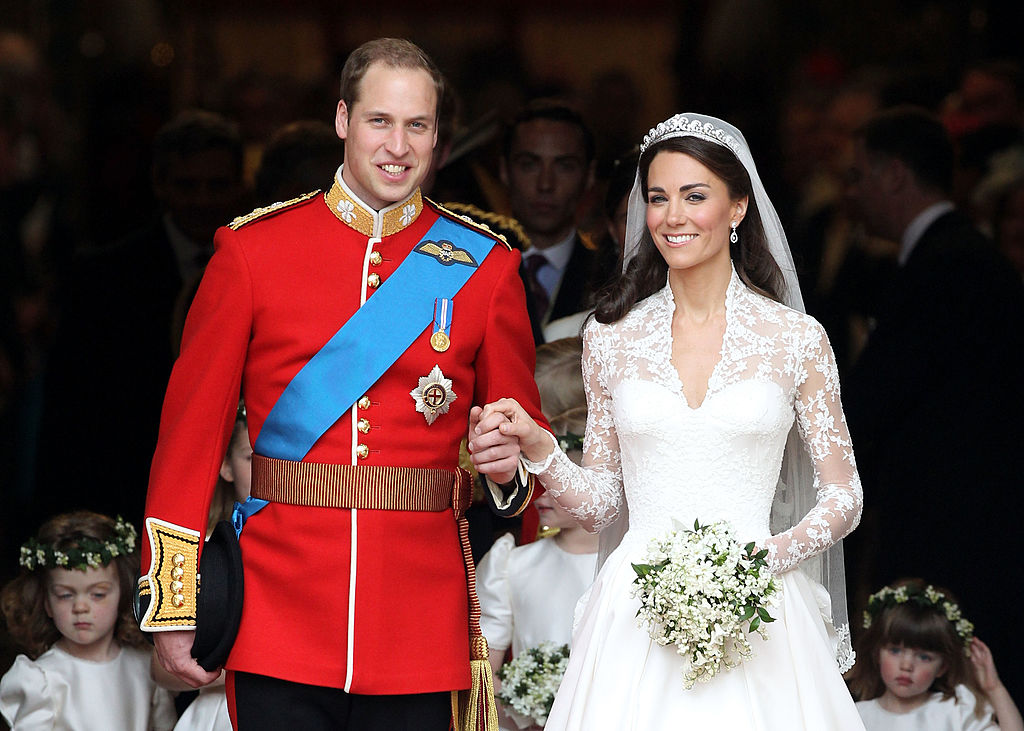 Kate’s wedding dress designer was revealed before the big day

Kate reportedly hoped to keep all of the details of her wedding dress under wraps, but things didn’t quite turn out that way. The Sunday Times leaked more than a month before the wedding day that Kate’s dress was designed by Sarah Burton, the creative director of Alexander McQueen.

At the time, The Guardian reported that the Alexander McQueen label denied the Sunday Times’ report and Clarence House issued a statement. “We’re not commenting on the specific designer for the dress because Catherine Middleton wishes to keep the designer a secret until the wedding day,” they noted.

Did the designer leak leave Kate in tears?

Kate walked down the aisle to marry Prince William on April 29, 2011, wearing a dress designed by Burton. In the documentary Secrets of the Royal Dressmakers, royal correspondent Katie Nicholl shared how devastating it was to Kate that Burton was spoiled as her dress’ designer.

“Behind the scenes, I think that caused tears at the palace because Kate had done everything she could to keep the wedding dress a secret,” Nicholl explained in the documentary.

“Miss Middleton wished for her dress to combine tradition and modernity with the artistic vision that characterises Alexander McQueen’s work. Miss Middleton worked closely with Sarah Burton in formulating the design of her dress.”

Despite the public finding out ahead of the big day that Kate’sdress was designed by Burton, it was a surprise to everyone.

Kate’s wedding dress included a train that was nearly 9 feetlong and details that included lace flowers and 58 buttons up the back as wellas a narrow waist bodice, which the press release shared, “draws on theVictorian tradition of corsetry and is a hallmark of Alexander McQueen’sdesigns.”

Other elements of Kate’s big day were heavy on tradition

Kate observed some of the common wedding day traditions, including the idea of “something borrowed, something blue,” with quite a unique borrowed item. She wore the Queen’s Cartier Halo tiara, also known as the Cartier Scroll tiara. The “something blue” was hidden from view, however, with Good Housekeeping reporting that Burton’s team sewed a blue ribbon inside the dress.

Her bouquet included a traditional element as well, with myrtle, lily-of-the-valley, hyacinth, and sweet William — a subtle way to honor her husband. The stems of myrtle, the palace’s press release explained, came from the same plant used in Queen Elizabeth’s wedding bouquet in 1947.

“The tradition of carrying myrtle begun after Queen Victoriawas given a nosegay containing myrtle by Prince Albert’s grandmother during avisit to Gotha in Germany,” the release noted. “In the same year, QueenVictoria and Prince Albert bought Osborne House as a family retreat, and asprig from the posy was planted against the terrace walls, where it continuesto thrive today.”

Queen Victoria’s eldest daughter, Princess Victoria, was thefirst to include myrtle in her wedding flowers when she got married in 1858.