Almost everyone in Melbourne's Lebanese community knows someone who has been displaced, injured or killed in the Beirut explosion.

The diaspora has been left reeling after seeing news of the massive blast that killed at least 158 people, including Australian two-year-old Isaac Oehlers, on Tuesday. 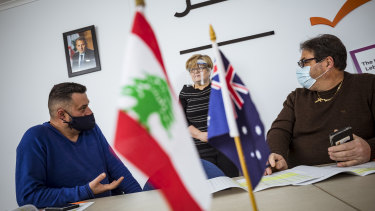 Churches, mosques and social groups have since been working tirelessly to get food, clothing and medical supplies to victims, including arranging a charter flight to carry the goods .

The United Australian Lebanese Movement's members have been busy trying to find empty holiday homes to house the displaced as well as fundraising for on the ground supplies. 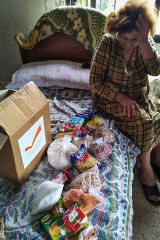 A woman in Beirut receives goods provided by the United Australian Lebanese Movement.

“There wouldn’t be a member of the Australian Lebanese community who didn't sit there lost for words and depressed for the last couple of days," he said. “Everyone knows someone who was affected.”

The explosion – thought to have been triggered by a fire in a warehouse containing 2750 tonnes of ammonium nitrate – produced a shockwave which flattened buildings, flipped cars and shattered windows and walls many kilometres away from the blast site.

Mr Bekhazi said 24-hour news coverage and social media, including images of a woman giving birth during the blast, had brought the aftermath into their living rooms and galvanised them into action.

“We know those streets … we can imagine the loss of those homes. We all felt almost as though we were there," he said. 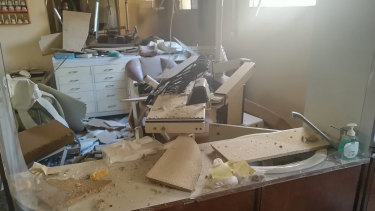 A dentist surgery in Beirut that was destroyed in the blast.

“So many organisations are lobbying hard at the moment to try to get people to donate to assist with efforts in Lebanon.”

Kris Talevski, an executive general manager at transport company Toll, whose wife is Lebanese, said he was spurred into action after watching YouTube videos of the unfolding humanitarian crisis.

"The economic situation that they've had [with] COVID, hyperinflation that continues to hit that country, then they are smashed with this bomb that devastated half of Beirut, I thought it was appropriate to do something," he said.

Mr Talevski has organised Toll's customers and suppliers to donate food and medical supplies and is hoping to help arrange a charter flight or other means to bring them to Beirut this week with the help of UALM and the International Lebanese Medical Association. 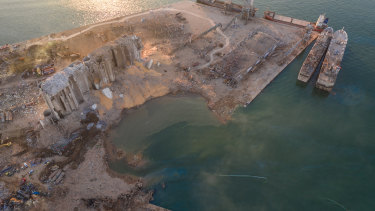 The explosion decimated the port and sent a powerful shockwave across the city. Credit:Getty Images

For Amal Radi, whose aunty and first cousin both lost homes in the blast, it's bringing back the trauma of fleeing the Lebanese Civil War in 1983 when she lost everything.

She settled in Australia but returned to visit Beirut in 2006 when Israel hit the city with a bomb.

"See how the bad luck follow me," she said.

"And now this one, always there's something. I don't know when Lebanon people can relax or live peacefully."

But Ms Radi, who is also a member of UALM, said helping in the relief effort was getting her through the difficult time.

Mr Bekhazi expressed anger at the Lebanese government for letting chemicals stored at the port sit dormant for more than six years, but hoped positive change would come after the experience.

“Beirut has been destroyed at least seven or eight times in its history and it's alway come back," he said.

“The focus is on the rising from the ashes.”