A former cruise ship entertainer has told how she quit her high-flying sales job to pursue her dream of being a ‘real life princess’.

Amy Toole’s lifelong ambition was to become a children’s entertainer and she began her career powering through up to 11 shows a night aboard a cruise ship.

But after her father suffered a near-fatal brain haemorrhage in 2013, Amy, now 29, from Blackburn, Lancashire was forced to take a back step to be his carer and her career was subsequently put on hold, limited to occasional gigs.

Speaking to MailOnline, Amy recalled: ‘Life was put on hold and I began doing singing gigs around the north west in the evenings when my mum was home from work. 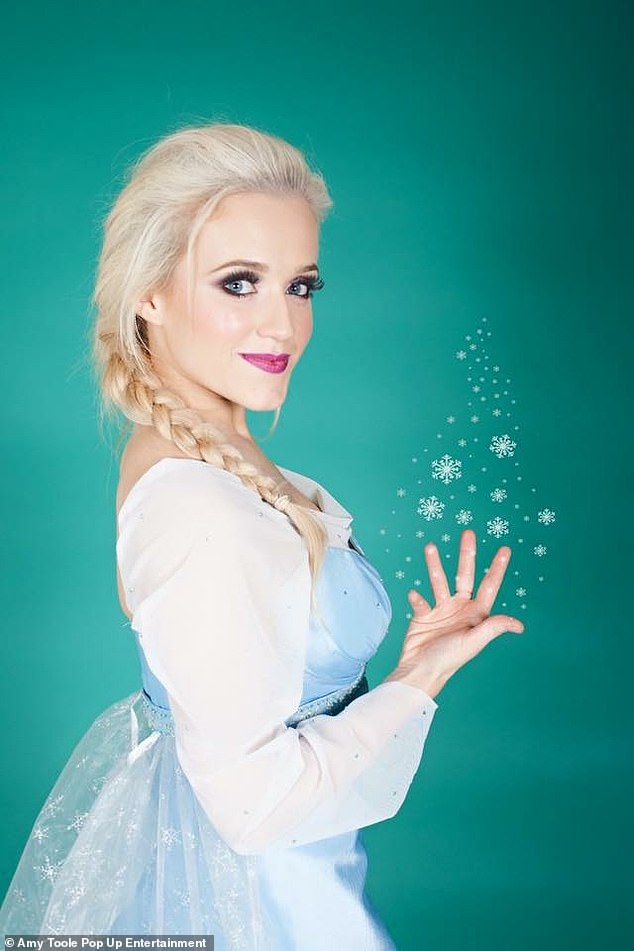 ‘Real life princess’ Amy Toole’s lifelong ambition was to become a children’s entertainer and she began her career powering through up to 11 shows a night aboard a cruise ship before finding her calling as an all-singing, all-dancing Queen Elsa from Frozen (pictured in costume) 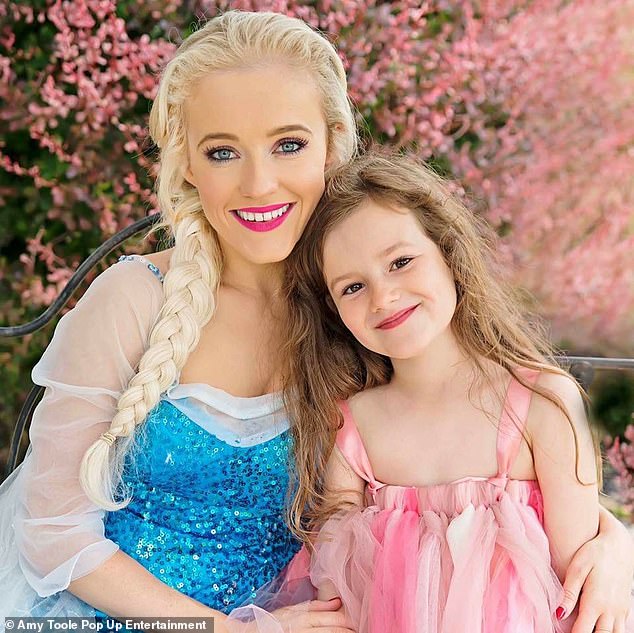 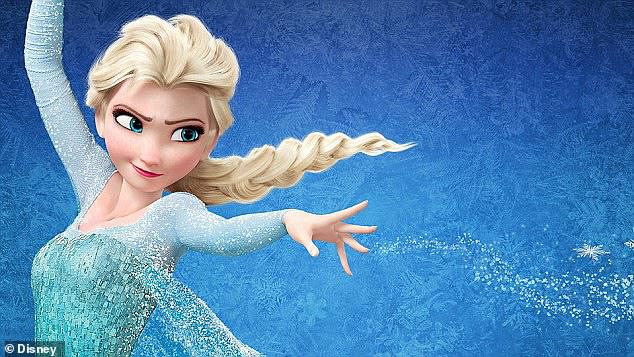 The original Queen Elsa, from Frozen. The hit 2013 Disney film was a global phenomenon but Amy Toole was travelling abroad when it landed in cinemas and had never heard of it

‘My dad was in hospital for 13 weeks and it was extremely touch-and-go as to whether he would survive.

‘Luckily he did make a miraculous recovery and by March I was able to explore my career options again.’

After a short spell aboard a cruise ship in 2014, Amy decided to retrain as a medical device representative – but didn’t feel as passionate about sales as she did about performing.

Later that year, Amy’s turning point came when she was asked to perform as Frozen’s Queen Elsa for a local children’s party company.

Incredibly, she had never heard of Elsa before as she had been away when the 2013 Disney hit, now a global phenomenon, was released. 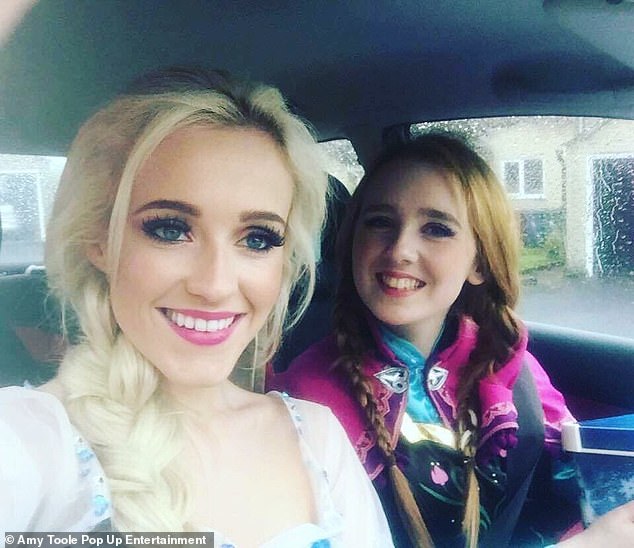 Amy, left, in full costume as Elsa. After a short spell aboard a cruise ship in 2014, Amy decided to retrain as a medical device representative – but didn’t feel passionate about sales

After just one job, Amy decided she had found her calling; and in a bizarre twist, discovered her uncanny resemblance to the fictional Queen of Arendelle.

By October 2014 Amy, who studied Theatre and Performance at University of Leeds, had set up her own website, Facebook page and purchased her first princess dress.

Business boomed, and before long she her company, Pop Up Entertainment, was turning over more than double her monthly ship wage and Amy had four performers working alongside her – without her borrowing any money.

‘I never borrowed money from parents or the bank,’ Amy explained. ‘I simply started with my dress and used profits to build. To this day I have never borrowed a penny.’ 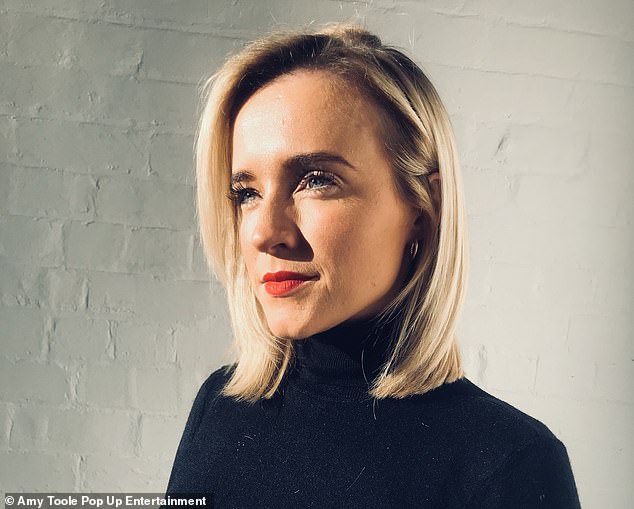 Destiny: Amy’s turning point came when she was asked to perform as Frozen’s Queen Elsa for a local children’s party company (pictured in a company headshot) 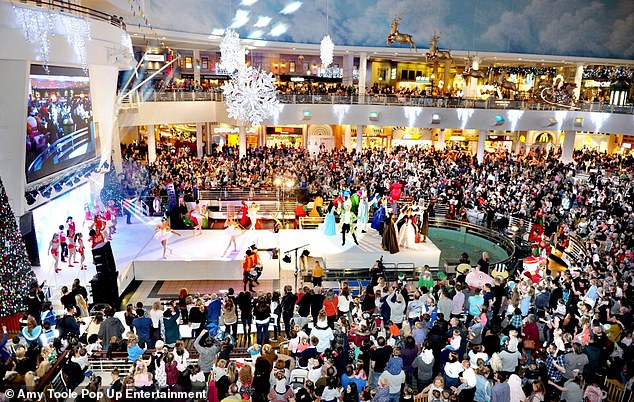 Business is booming for Amy’s company, Pop Up Entertainment, who regularly put on performances at major venues such as Manchester’s Trafford Centre (pictured)

By 2016, Amy was doing ten parties a weekend – for both children and adults – including celebrity bashes for the likes of Billie Faiers.

Reflecting on her extraordinary journey, Amy said: ‘For those [who] are still chasing the dream – yet getting bogged down with the idea we are sold at a young age of the glamour and lights of the west end – know that there is so much more within the entertainment industry for you.

‘Parts you would never have thought to explore and parts that will set your soul on fire way more than you ever thought possible.’