A RARE 50p, with an image of a famous London landmark printed on the design, has sold for well over £100 on eBay.

The rare coin is more commonly known to collectors as the Kew Gardens 50p, and one version has sold for as much as £165, or 330 times its face value. 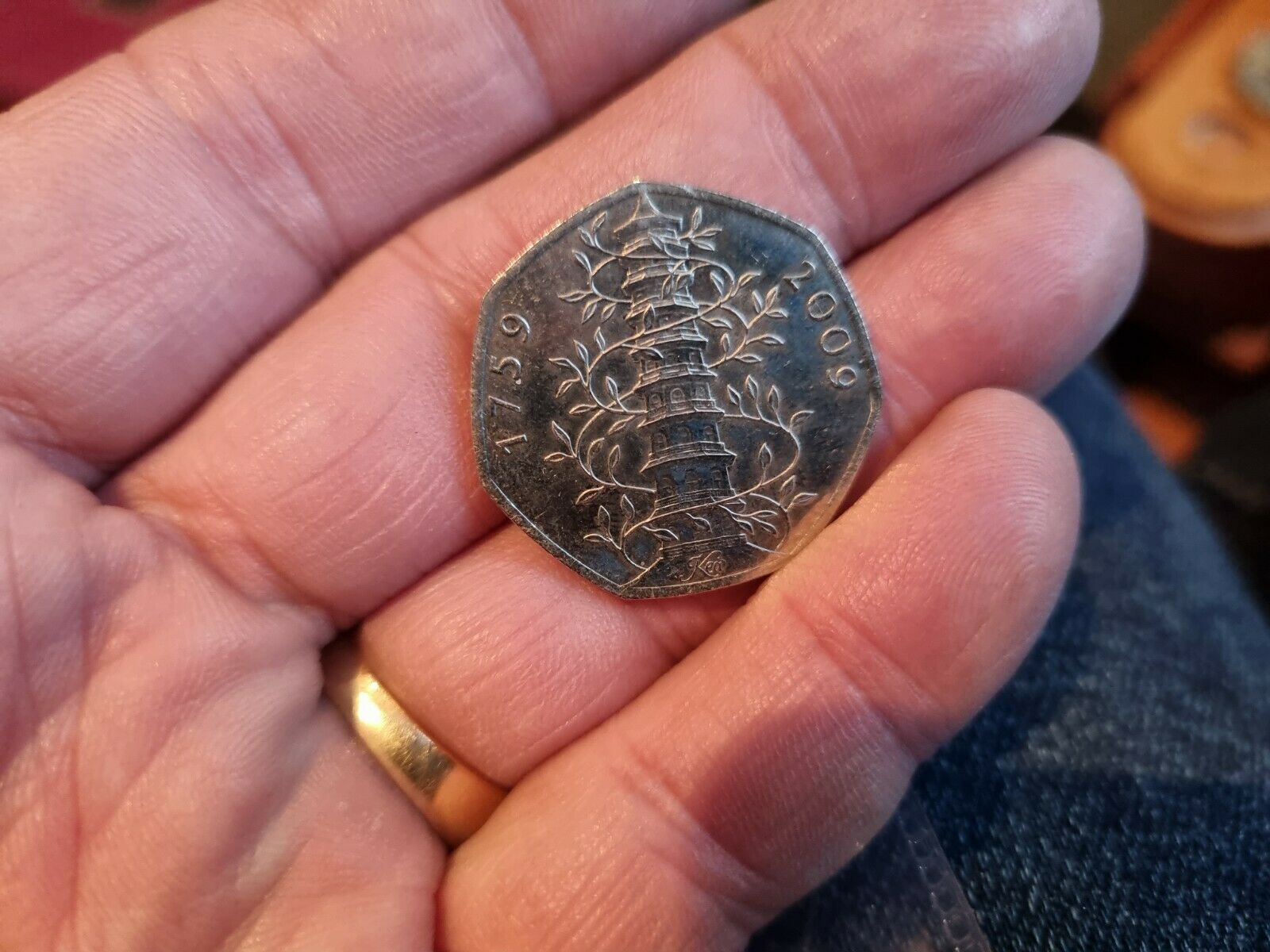 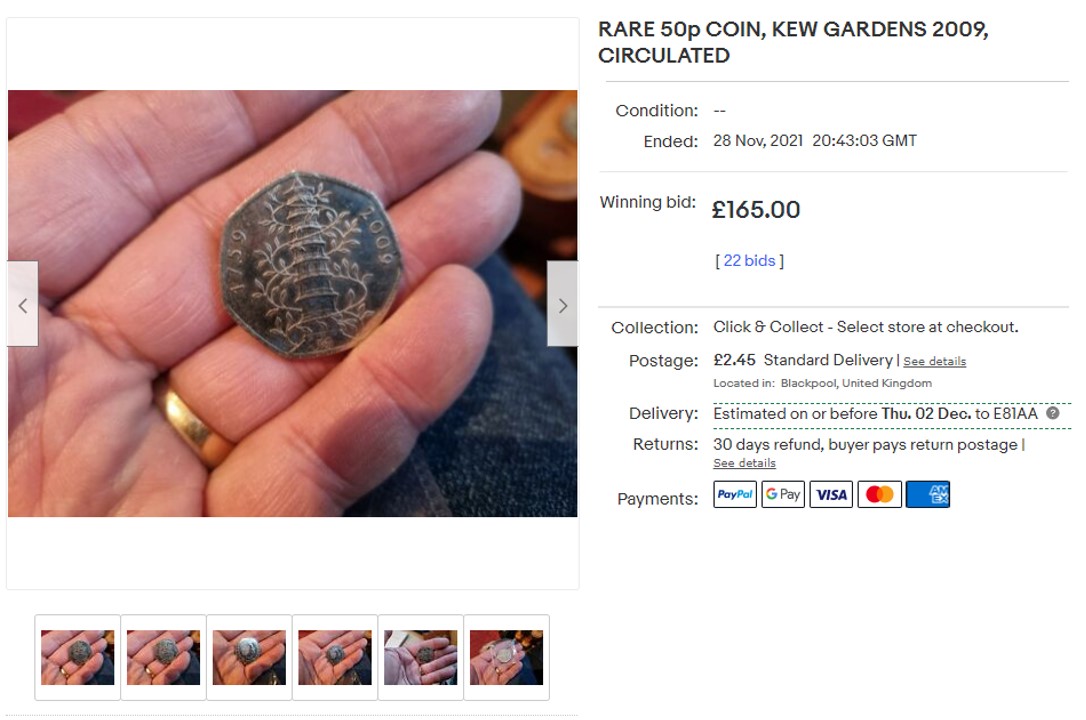 The Kew Gardens 50p is one of the rarest to collect.

It tops coin expert, Change Checker's, latest scarcity index and it's also one of the top ten rarest in circulation according to the Royal Mint's too.

That trait often means the coin can be found to have sold for hundreds on sites like eBay.

Sometimes they'll go for more than the £165 that was closed in the most recent sale – one went for £250 earlier this month.

One sold for exactly £370 at the beginning of November, and another went for £281 back in October too.

It was designed to mark 250 years since tourist spot first opened.

Keen to cash in on the unique history and look of the 50p, as many as 11 bidders were interested in snatching it up.

Between them, 22 bids were placed while the listing was live for 10 days.

How to spot one in your own change

If you spot a coin with a unique design in your own change, you could find yourself quids-in.

Not only does the Kew Gardens design go for big money, but a number of other commemorative style coins often sell in their hundreds too.

There is a whole collection of rare Olympic 50p coins for example that we've found sell over face value on eBay.

Plus rare error coins can fetch a pretty penny for their faults as well – the simple mistakes made in the minting process can sometimes rocket their value.

But you should always be cautious of fakes and some crooks may try to con you out of your money for botched copies..

Keep in mind that an eBay buyer could pull out, which means the coin won't have sold for the price it appears to have either.

If you want a better idea of the coins value, compare how other rare coins have sold on eBay as a good reference, or use experts like Coin Hunter to check over your change and see how much it could be worth.

You could also get any rarities you find verified by The Royal Mint to help reassure buyers that they're paying for the real deal – you may even be able to hike up the price a bit if you're selling it on.

Rare coins and valuable notes – is yours worth a mint?

Do you have a story for The Sun Money team?