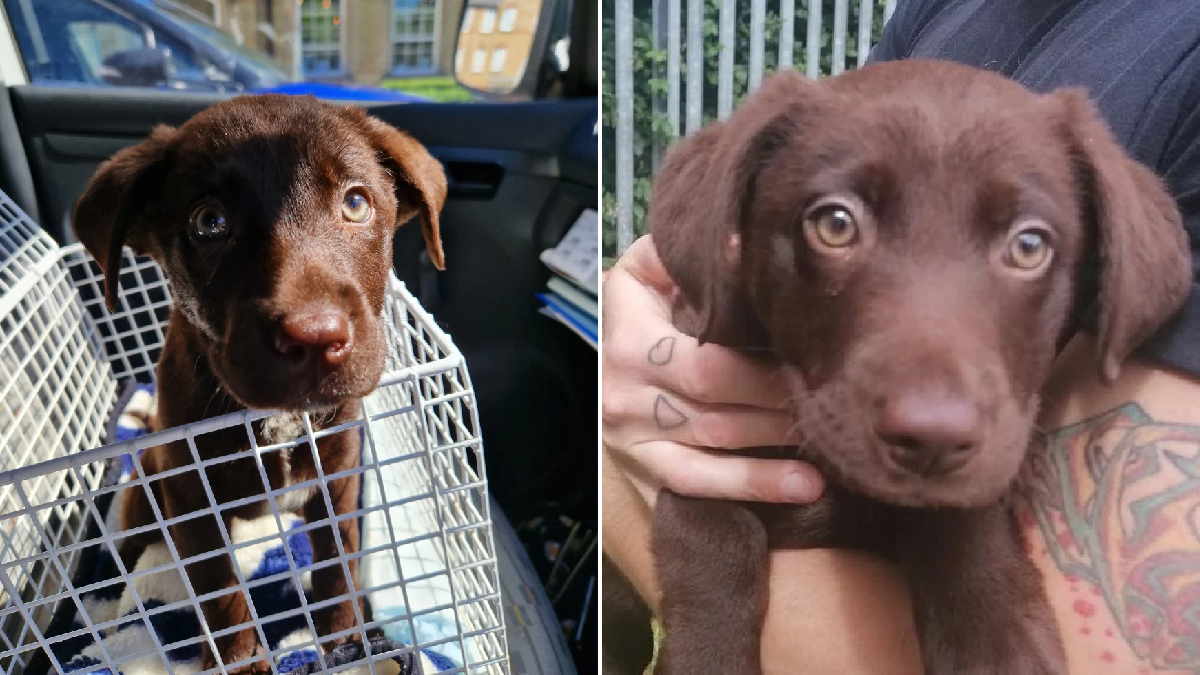 Two 10-week-old Labrador crosses have been rescued from a car they’d been left in for at least a day.

The poor pups were spotted in a supermarket car park in Surrey, and concerns were raised that they’d been stuck in a state inside the vehicle for far too long.

RSPCA animal rescue officer, Chloe Wilson, who is now looking into the incident, said: ‘People were concerned about the puppies who’d been shut inside the car which had been left unattended for some time.

‘Witnesses say the car had been there since the previous day, so we believe they may have been inside for at least 24 hours.

‘Local vets were able to attend and get the puppies out via a partially open window and took them to their clinic to check them over.

‘An owner made contact with the vets and claimed they were their dogs but never attended to collect them. We’ve been trying to make contact ever since and have had no luck; the car is still in the car park.

The puppies, who have been named Bandit and Bow, are being looked after at the Millbrook Animal Centre, and are doing well.

Chloe added: ‘Thankfully these puppies were okay but it could have been a much more tragic ending for these innocent pups. It’s been really hot recently and when it’s 22C outside it can quickly reach over 40C inside a parked car.

‘That’s why we run our Dogs Die in Hot Cars campaign with a coalition of other groups every year – to raise awareness of the dangers of leaving animals in cars, caravans, conservatories and other hot environments.

‘I’m so thankful to everyone who helped these little ones, and I’m pleased that they’re now safe in our care and will eventually be looking for new homes.’

The charity wants to remind anyone who is struggling to take care of their pets that they should speak to friends, family, vets and local charities for help.