Rihanna is all tied up.

The pregnant singer flew to her homeland of Barbados with boyfriend A$AP Rocky this weekend amid rumors of infidelity, and the Bad Gal isn’t slowing down on her sexy maternity looks.

On Sunday, Rihanna stepped out in a head-turning Dundas minidress ($1,450) with lace-up detailing that spanned from thigh to chest, along with a built-in triangle bikini top.

A version of the look with laces up the back has been worn by Hailey Baldwin, Heidi Klum and Ciara, but Rih clearly favored a style that showed off her baby bump.

Last week, the internet was alight after fashion blogger Louis Pisano alleged that Rocky cheated on the “Diamonds” singer with fashion designer and close friend Amina Muaddi; she called the rumor an “unfounded lie,” and Pisano later publicly apologized, calling his tweet “reckless.”

While Rihanna may be due to give birth at any moment, she’s not giving in to maternity clothing; in a recent interview for Vogue’s May cover story, she spoke at length about her unconventional pregnancy style.

“I’m sorry — it’s too much fun to get dressed up. I’m not going to let that part disappear because my body is changing,” she said. 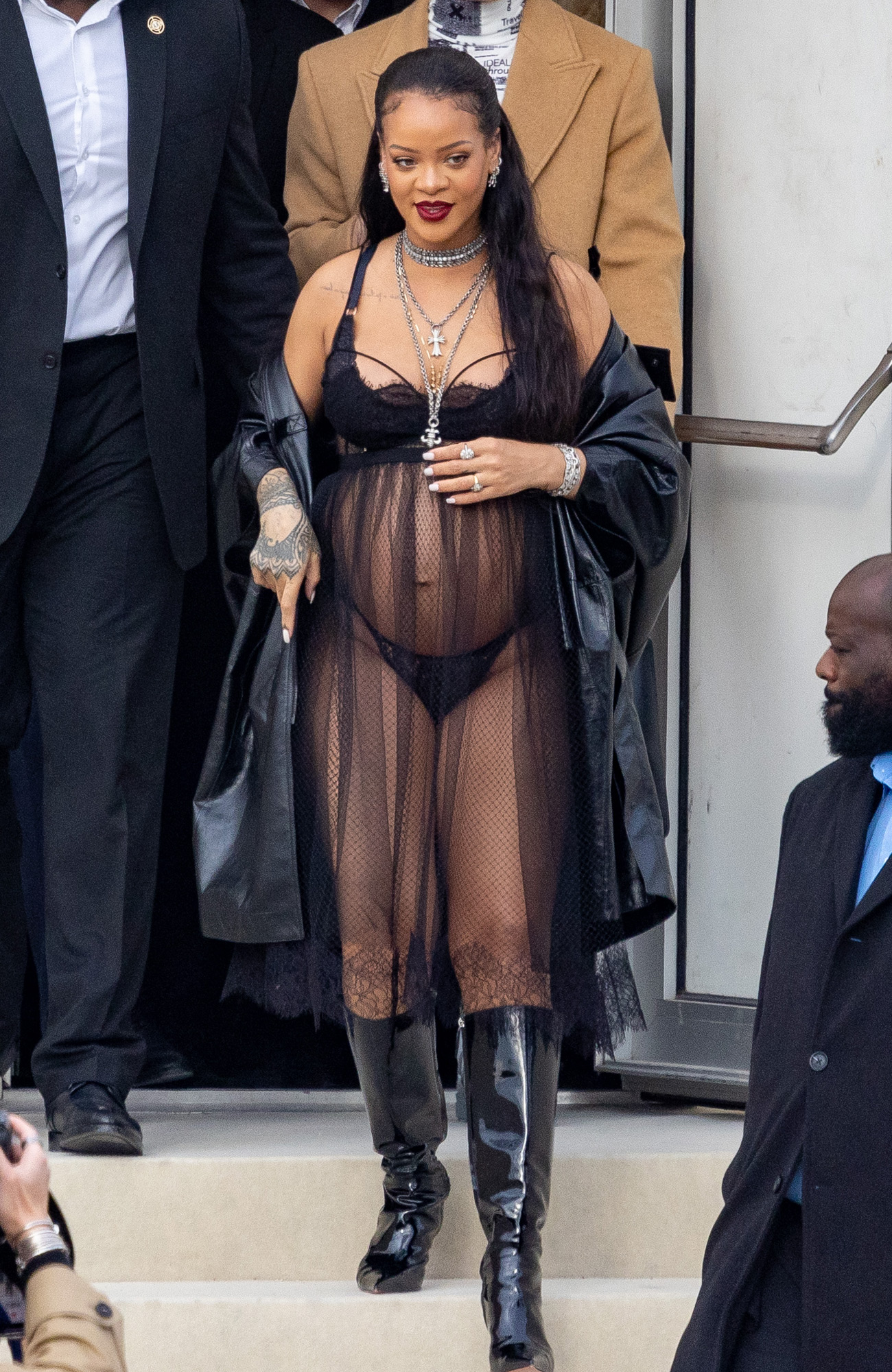 She also called the sheer babydoll dress she wore to the Dior fashion show in February — with nothing but a black thong underneath — the “closest” she’s gotten to a maternity dress, and said she hopes her bold style inspires other expecting mothers.

“I’m hoping that we were able to redefine what’s considered ‘decent’ for pregnant women,” she said in the interview.

“My body is doing incredible things right now, and I’m not going to be ashamed of that. This time should feel celebratory. Because why should you be hiding your pregnancy?”