Baby bliss! Hilary Swank and husband Philip Schneider are enjoying every moment of preparing for the birth of their “miracle” twins.

“Having twins is the icing on the cake for both of them, as she said it’s really a miracle come true and they’re beyond blessed,” a source exclusively reveals in the latest issue of Us Weekly, adding that the 48-year-old Oscar winner’s pregnancy “has been pretty smooth” so far. “Right now, she has plenty of energy,” the insider added.

Swank and the entrepreneur have thrown themselves into parenthood and preparing themselves for the birth of their little ones. “They’re picking out baby names, figuring out what type of cribs they’ll want, organizing a nursery and generally enjoying this magical journey,” the source continued. 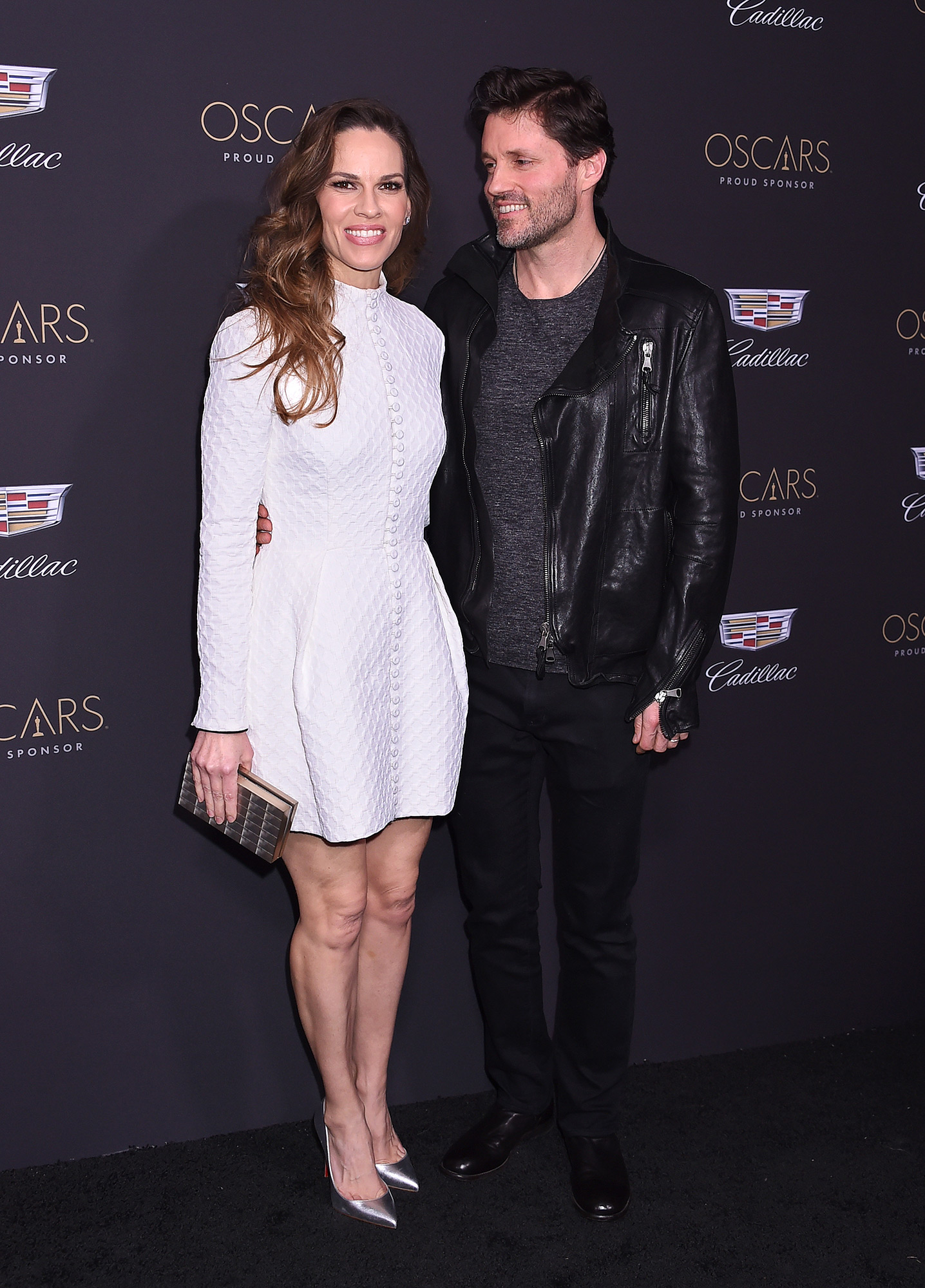 The Million Dollar Baby star announced her pregnancy earlier this month during an appearance on Good Morning America. “This is something that I’ve been wanting for a long time, and my next thing is I’m gonna be a mom,” Swank said at the time. “And not just of one, but of two. I can’t believe it. It’s so nice to be able to talk about it and share it.”

Later that day, Swank revealed that she was able to keep the big news a secret from her Alaska Daily coworkers until her second trimester.

“But my clothes started not to fit,” she recalled during an appearance on Live! With Kelly and Ryan. “And then I put a jacket on that wasn’t in continuity. “And [they] came and said, ‘That’s not in continuity.’ I said, ‘Oh, I think it works.’ ‘It doesn’t.’ ‘No, it does. I’m going to make it work.’ She’s like, ‘If you’re an executive producer, you can do it, but this is weird.’”

Swank — who secretly got engaged to Schneider in 2016 and married him two years later — has long been open about her desire to start a family. “I definitely would like kids someday. That’s definitely something that I’ve always thought about as a very, very young girl,” she told reporters in 2006. “I just love kids and that would be an important thing to happen for me someday whenever the time is right.”

Pregnant Hilary Swank’s Most Candid Quotes About Having Kids

In 2020, the Nebraska native opened up about her experience with children. “Any type of mothering, any type of nurturing, is being a mother. I have a lot of children around me [through] exes who I was with for many years,” Swank explained. “For a long while I was with a man who had a son and I helped raise him. And then after that there was a bunch of kids and I have tons of nieces and nephews.”

Prior to finding love with Schneider, the Boys Don’t Cry star was married to Chad Lowe from 1997 to 2006. Swank began dating her agent John Campisi in 2007, but the pair called it quits five years later. She moved on with tennis player Ruben Torres in May 2015 and  the couple announced their engagement in May 2016. However, Us confirmed that they called it quits just two months later.

For more on Swank’s exciting baby news, watch the exclusive video above — and pick up the latest Us Weekly issue on newsstands now.