No mama drama here. Pregnant Heidi Montag is focusing on the positives as she looks forward to welcoming her second child with husband Spencer Pratt.

The reality stars exclusively confirmed they’re expecting in the latest issue of Us Weekly, opening up about their journey to conceiving their “miracle baby.” Montag, 35, and her husband, 38, are also the parents of 4-year-old son Gunner.

While some of the duo’s former The Hills costars have come out of the woodwork to congratulate them on expanding their family, Lauren Conrad wasn’t one of them. “Lauren and I have not spoken,” the “Superficial” singer exclusively told Us. “Now that we’re both mothers, I think we see how unimportant so much of the drama is. Also it really makes you have a tighter group of friends, and you don’t really have time to chit-chat or have long-term acquaintances. We are just on such different paths at this point. I would hope there is more mutual respect.” 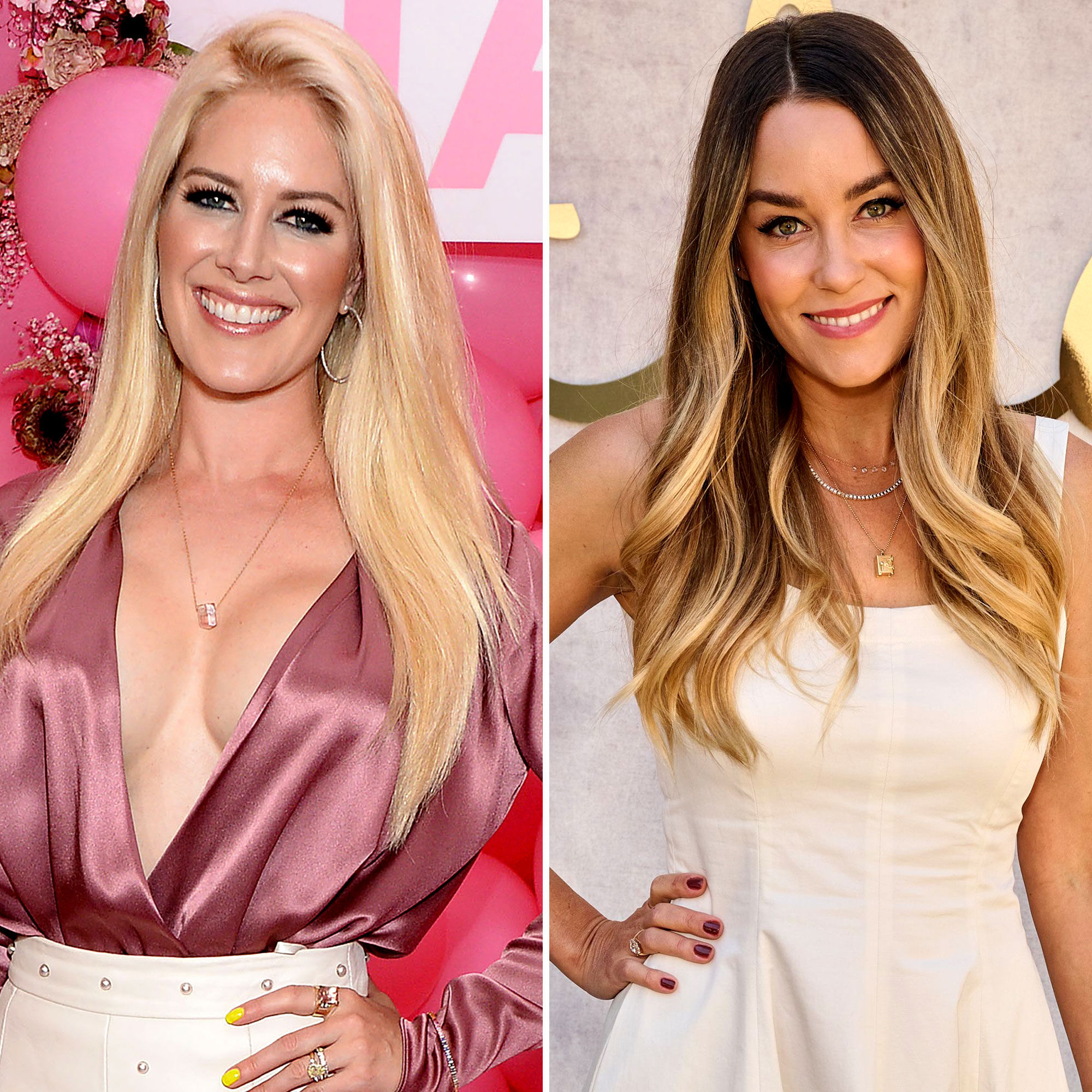 Montag continued, “The last time I did talk to her years ago, it was on a good note and it was a good conversation. So I really wish her the best and I am excited for all her success, that she has and her healthy beautiful kids and I would hope she’d wish the same for me at this point too.”

Conrad, 36, rose to fame on Laguna Beach in the mid-2000s. When its spinoff began in 2006, Montag joined the Hills cast and the duo’s friendship became a central focus of the show. However, the women had a highly publicized falling out which played out during season 3 amid tension with Pratt, with Conrad telling her former friend, “I want to forgive you and I want to forget you.”

All the Drama! Celebrity BFFs Who Ended Their Friendships

The pair’s feud seemingly continued as The Hills: New Beginnings premiered in 2019. “I actually was kind of excited Lauren wasn’t on it because I felt like it was more freeing and fair, like, for me,” Montag said on Good Morning America at the time while promoting the follow-up series to the MTV hit. (The designer was one of three cast members who did not return for the spinoff, along with Kristin Cavallari and Lo Bosworth.)

Despite their ups and downs over the years, Montag still wished some things could have been handled differently between her and Conrad. “When I said goodbye to Lauren in her apartment, I wish I could have, even if they didn’t air it, tell her more of what was on my heart,” the Celebrity Big Brother alum told Us in May 2021. “You know, not just do it for a scene, because I didn’t think that was really one of the last times that I would see her.”

The former Marriage Boot Camp star and Pratt eloped in Mexico in November 2008, with a second ceremony being held the following April. Conrad, for her part, has been married to husband William Tell since 2014. They share sons Liam, 4, and Charlie, 2.

Before conceiving baby No. 2, Montag and the California native were candid about their struggles to get pregnant. “I think that was important to share on Instagram and other situations because a lot of people are going through the same thing and it creates that support and love,” the pregnant TV personality told Us in the new issue. “I’ve had a lot of people reach out and say, ‘Thanks so much for sharing that, it made me feel better, it helped me through it, it gave me new ideas and inspirations of what I should do.’”

Pratt chimed in, adding that they received an unexpected offer from pal Brody Jenner throughout their process. “I don’t know if he was serious. He seemed serious,” the Princes of Malibu alum told Us. “But [he] at one time was like, ‘Let me just pay for IVF.’ I was like, ‘Thank you.’ I thought that was nice. I think he was just sick of hearing about all these failed tests.”

Jenner, 38, “might have been one of the most excited people” the couple shared their pregnancy news with, Montag gushed. “He kept saying, ‘Heidi, this is incredible! This is amazing!’”

The Pratt Daddy owner continued, “He was in a very good mood that night. He took us to dinner at Giorgio [Baldi] and we celebrated. Brody is very excited. I think he was very invested in the journey [from] filming with us and knowing how much Heidi was struggling. He’s been a very good friend about the whole situation.”

For more on the couple’s pregnancy journey, watch the video above and pick up the latest issue of Us Weekly, on newsstands now.