PLATELL’S PEOPLE: The horror of embracing evil in the heart of your family

When we heard about the death of Louella Fletcher-Michie from an accidental drugs overdose at a music festival on the eve of her 25th birthday in 2017, our initial thoughts were of the tragic, senseless waste of a young life.

For the parents of free-spirited youngsters, sadness would have been tinged with apprehension about the folly of youth and casual drug taking. But the conviction for manslaughter this week of Louella’s rapper boyfriend Ceon Broughton made clear in brutal detail that, for all parents, this tragic story was darkly complex. It’s also about the nightmare of unwittingly welcoming evil into the heart of your family.

Louella was devoted to Broughton. They’d been an on-off couple for 15 months when he supplied her with the drugs that killed her at a Dorset music festival. Even as she lay hallucinating and convulsing, he callously filmed her panic, decline and eventual death on his phone. 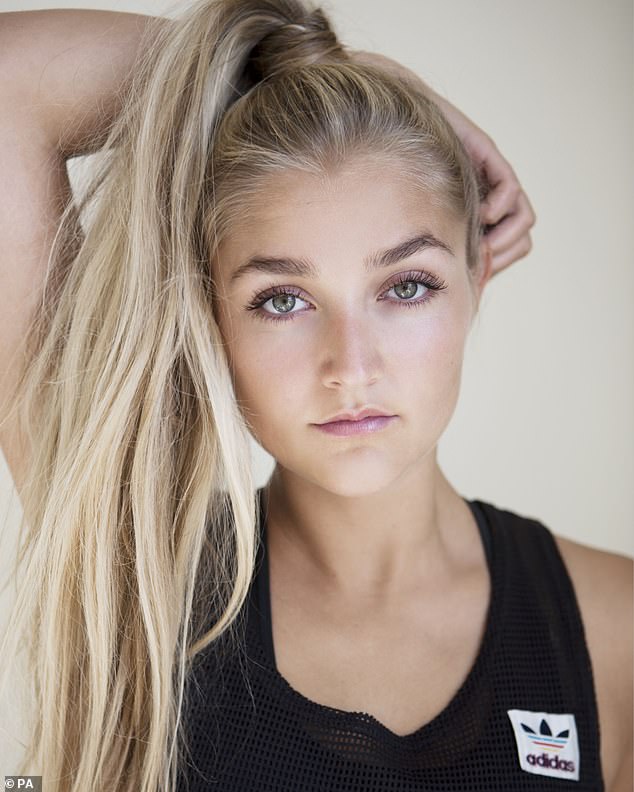 When we heard about the death of Louella Fletcher-Michie from an accidental drugs overdose at a music festival on the eve of her 25th birthday in 2017, our initial thoughts were of the tragic, senseless waste of a young life

Not only that, he refused to seek help from medics just 400 yards away because he was scared of being jailed for violating a suspended sentence for two charges of carrying a knife.

Immediately after Louella’s death, they defended Broughton, saying it was a tragic accident and there was no malice in him. Why wouldn’t they have embraced him? We all want our children to find their own way, to meet their soul mates, discover ‘the one’. They trusted Louella, believed she was sensible and knew nothing of Broughton’s predeliction for feeding drugs to girls before filming them, or his obsession with death.

They just saw their daughter’s happiness with him. And the simple fact is loving parents will do their utmost to ensure their children’s happiness, to give them succour and support.

It was only as the horrific details of Broughton’s monstrous character emerged during the court case that the scales finally fell from Louella’s mum and dad’s eyes.

That is why the tragedy is doubly heart-breaking. For I fear this patently decent couple, who did their very best for their daughter, will forever now wrongly blame themselves — and all because parental love is eternally blind.

Formula 1 ace Lewis Hamilton’s latest squeeze is 20-year-old model and yoga enthusiast Cindy Kimberly. A word of warning: never trust a man who changes his girlfriends as often as he does his tyres.

The hit TV series Killing Eve is back for a second series, hurrah! Yet slightly disconcerting that its executive producer Phoebe Waller-Bridge claims the show — about a psychopathic serial assassin — is emancipating for women, providing female characters we can admire.

I’m captivated by the seemingly aptly named villainess Villanelle, played by Jodie Comer, but I’m not sure I aspire to be like her.

I prefer to keep my hairpins where they belong, rather than jab them sharp-end first into the eye of some unsuspecting bloke.

Though I’ve been tempted a few times.

I’m captivated by the seemingly aptly named villainess Villanelle, played by Jodie Comer (pictured), but I’m not sure I aspire to be like her

Investigative journalist Stacey Dooley, now of Strictly fame, is pilloried for ‘white saviour’ pictures of her with a child in Uganda filming for Comic Relief.

Labour MP David Lammy says ‘thousands of African celebrities’ could raise money in the UK for starving kids. They are more than welcome to try.

But wouldn’t it run the risk that donations to Comic Relief — which has raised more than £1 billion since the charity was set up 30 years ago — would dry up as quickly as a river in drought? 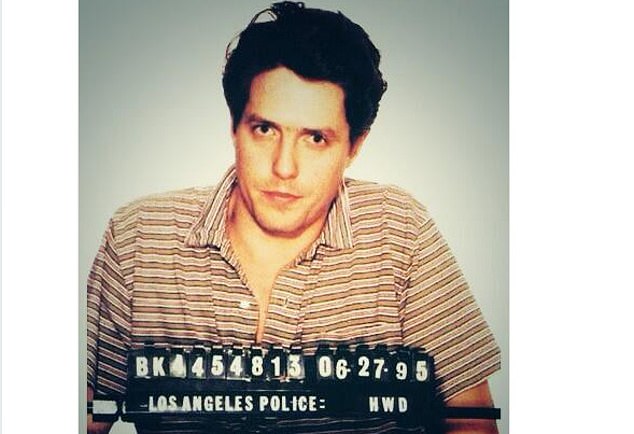 A Four Weddings And A Funeral anorak has calculated that, ahead of its mini Red Nose Day reunion 25 years on, the cast have totted up between them 17 weddings, eight divorces, two funerals and one arrest.

The arrest was Hugh Grant. And the police photo after he availed himself of an LA prostitute is now as iconic as the images of him as the fop-haired lothario in the 1994 movie.

After interviews in which she begged to return to Britain with her new baby, jihadi bride Shamima Begum now has a bounty on her head. Not from the millions who want her to be barred from the UK, but from her fellow ISIS brides and their murdering jihadi husbands — i.e. her chosen family.

Death threats. Being forced to flee. Fearing for her life . . . Now she knows how the real victims of ISIS feel.

Two fat-bottomed mums scrawled their names in the cement under a new World War I memorial seat in Horncastle, Lincolnshire. Shame, as it’s a beautiful metal bench featuring the eternal vow Lest We Forget. The sooner we forget ‘Shell’ and ‘Jane’ the better.

Bravo Emma Thompson for refusing a lucrative voiceover role in an animated movie to be produced by the brains behind Toy Story. She won’t work with director John Lasseter because he’s accused of behaving sexually inappropriately with women. However irritating Emma is, this is one #MeToo actress who’s prepared to put her lost money where her mouth is.

After a very public bust-up in Dubai, Topshop heiress Chloe Green fled to her £7 million Monte Carlo penthouse apartment without either her ‘hot felon’ fiance Jeremy Meeks, or her engagement ring. Tough times ahead for Sir Phil’s daughter, but not for her intended. By having a baby with Chloe, he’s hit the jackpot — a meal-ticket for life — whether they marry or not.

Glenn Close will star as Norma Desmond in the remake of the Hollywood classic Sunset Boulevard. Gloria Swanson was 50 when she played the aged, deluded star, uttering the famous lines after she killed her young lover: ‘All right Mr DeMille, I’m ready for my close-up.’ What a breakthrough for actresses complaining about roles for older women. Close is 71. 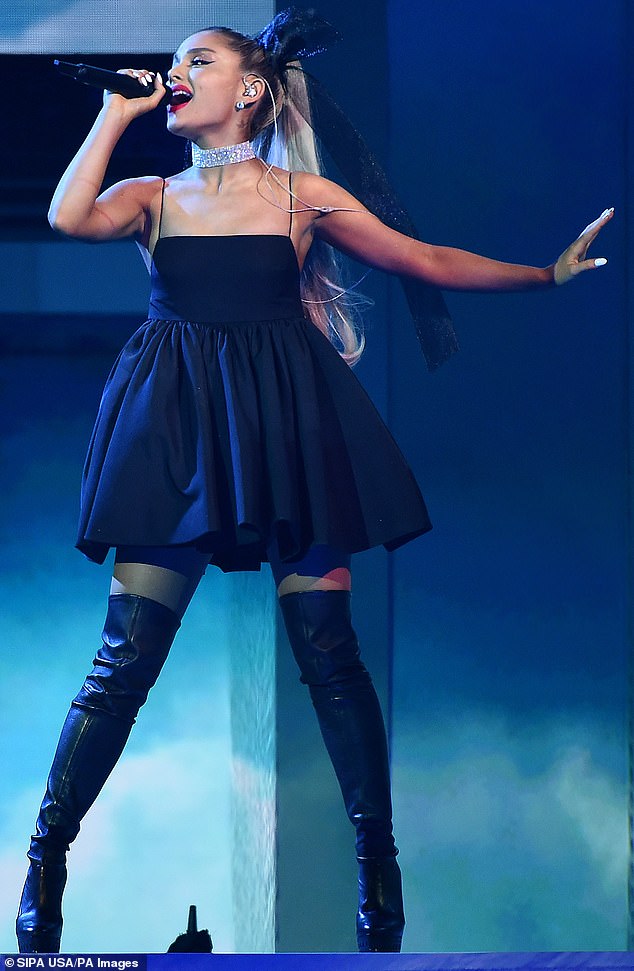 Singer Ariana Grande is attacked by the LGBTQ lobby for agreeing to come to Manchester for its Gay Pride festival, because she’s heterosexual.

It’ll be the second time she has been back since May 22, 2017, when 22 people were murdered by an ISIS suicide bomber at her concert there.

The 25-year-old should be celebrated by people of all sexual orientations for her courage and support for Manchester.

Sometimes the LGBTQ lobby should just get over themselves.

Since becoming pregnant, The Duchess of Sussex has spent around £500,000 on her maternity wardrobe. One Dior frock on her and Harry’s visit to Morocco is said to have cost £90,000. With the £500,000 she spent on clothes (never seemingly worn again) in her first year of marriage, it takes her frock toll to £1 million.

Meanwhile, her husband is demanding the end of single-use plastic bottles.

Yes, that’s praiseworthy. But undermining their eco-crusader credentials is that the UK’s fashion industry is a bigger source of carbon emissions than aviation and shipping combined — as well as a major cause of plastic pollution.