PETER OBORNE: It’s been a calamitous year for Corbyn (but he might just help save Brexit)

Who would have predicted that, at the end of a year in which the Government has become split and paralysed, it is Jeremy Corbyn, and not Theresa May, whose leadership is in biggest trouble?

Confounding the expectations of many, the Prime Minister has survived the most brutal and traumatic month of her embattled premiership.

What’s more, there are even signs of reconciliation between hard Brexit Tory rebels led by Jacob Rees-Mogg and Downing Street.

However, Labour leader Jeremy Corbyn is badly bruised after being pummelled by a series of blows. 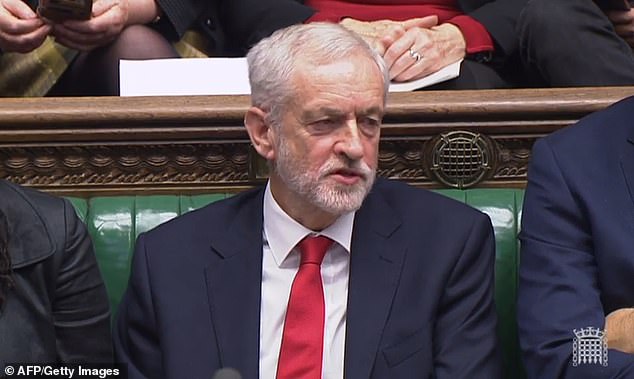 Who would have predicted that, at the end of a year in which the Government has become split and paralysed, it is Jeremy Corbyn, and not Theresa May, whose leadership is in biggest trouble?

How fitting that his year should end with him mired in an utterly undignified row over allegations of misogyny following claims that he mouthed ‘stupid woman’ about Mrs May during Prime Minister’s Questions on Wednesday.

For the truth is that the past 12 months have seen a litany of troubles for the Opposition leader — ranging from endless controversies over anti-Semitism to Corbyn himself being investigated for failing to declare a trip to Tunisia in 2014.

To cap it all, this week, Labour MP Fiona Onasanya faces a period in prison after being found guilty of lying ‘persistently and deliberately’ to the police over a speeding charge.

And Ivan Lewis, an MP since 1997, resigned from the party citing Corbyn’s ‘anti-Western world view’ — adding that he ‘could no longer reconcile my Jewish identity and current Labour politics’.

For bad measure, Corbyn’s personal ratings lag badly behind May’s in the polls. According to a recent Opinion Research survey, only 25 per cent of voters think he is decisive, many fewer than the 41 per cent who believe the PM possesses that quality.

But potentially most damaging of all are claims from all sides of the political divide — including from Labour MPs — that Corbyn showed weakness and indecision by dilly-dallying for too long and then eventually refusing to call a no confidence vote in the Government.

It is true that Corbyn has had a bad 2018. But I wish to take the unfashionable position of defending his decision to refrain from calling a vote of no confidence.

I believe that rather than being a ditherer, Corbyn is trying to play a deft political game. 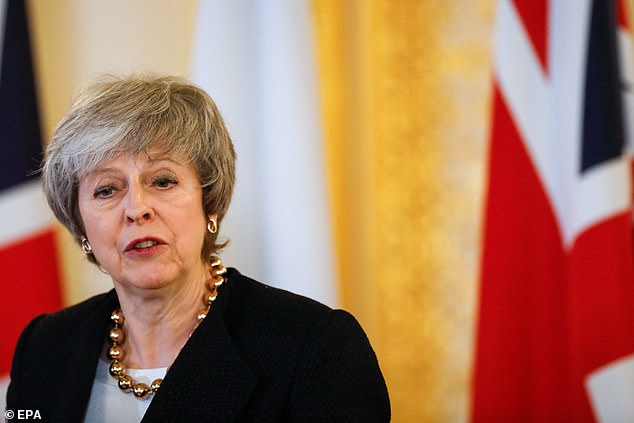 Confounding the expectations of many, the Prime Minister has survived the most brutal and traumatic month of her embattled premiership

As an experienced parliamentarian — having been an MP for 35 years — he knows very well that calling for a vote of no confidence would simply have helped unite the fractious Tory Party behind Mrs May to prevent a General Election and the possibility of a Corbyn government. Also, he realises that failing to win a vote of confidence would be a personal calamity for himself.

Political tactics aside, there is another key reason why Corbyn backed off from challenging Mrs May.

In his heart, he wants the Brexit referendum Leave vote to be honoured. For he has held a longtime antipathy towards Brussels — having voted in the 1975 referendum for Britain to pull out of the Common Market.

Brussels is to blame for this abuse of justice

One of the compelling reasons for Britain leaving the EU is the dreaded European Arrest Warrant. In theory, it helps to speed up the extradition process for EU citizens who have fled one member state and are wanted for criminal proceedings in another.

In practice, though, the system is open to widespread abuse.

A dismaying current case concerns one Alexander Adamescu, the son of a Romanian newspaper owner who died in a Bucharest jail early last year after what seems to have been a miscarriage of justice.

Adamescu Junior is accused by the Romanian government of multiple counts of bribery and money-laundering. Authorities there want him to face trial in Bucharest and are pursuing him using the European Arrest Warrant. Outrageously, a man who I guess is almost certainly blameless has been held in British jail for nearly six months as he fights the Romanian government.

This is not merely an abuse of justice but it is also costing British taxpayers thousands of pounds.

I urge Home Secretary Sajid Javid to intervene to end this gross injustice.

In fact, Corbyn is convinced that he cannot achieve his dream of creating a socialist Britain while we belong to the EU.

Above all, he is keen to avoid a second referendum — despite the Labour Party conference in September passing a motion that backed another referendum if all other options become exhausted.

Indeed, this would be exactly the trap that his critics — including many Labour MPs, Tony Blair and Gordon Brown — had hoped he would fall into. The fact is that Corbyn’s prime strategy has been to avoid this fate — and he goes into the New Year having succeeded.

As I have argued before in this column, Mr Corbyn is the quiet hero of Brexit.

But this status poses a big problem for him. He knows that his principled position on Brexit is deeply unpopular with much of his Parliamentary Labour Party.

It’s not simply that many Labour MPs would like Britain to remain in the EU. So do Corbyn’s allies in the Momentum group of Labour Party activists.

Normally, Corbyn can rely on Momentum for unquestioning support. However, this is not forthcoming over Brexit.

Indeed, apart from a few hardcore anti-Brussels MPs, Corbyn has on his side only Len McCluskey’s Unite trade union.

Having to juggle all these contradictory interests is the reason why the Labour leader has had to play such a careful political game.

Above all, he can’t show his true Brexit colours because that would be immensely unpopular among so many Labour supporters — particularly in areas such as London and the South.

Inevitably, Corbyn has been accused of pursuing devious tactics. But this is not fair. Every party leader in history has had to duck and dive in order to try to reach their long-term objective.

Mrs May has been forced to compromise — reneging on her promise to guard certain red lines in her negotiations with Brussels.

Others, too, such as Jacob Rees-Mogg MP (who likes to portray himself as highly-principled) seem to have changed their mind a few times.

These examples show that the essential truth of politics is that even though people duck and dive, they must always maintain a clear, strategic objective. 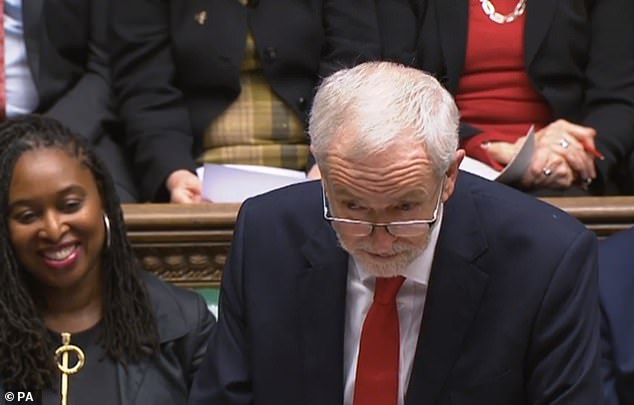 Normally, Corbyn can rely on Momentum for unquestioning support. However, this is not forthcoming over Brexit

For Corbyn, this objective is to ensure Brexit happens.

As I said, so far he has played his hand well. However, his most difficult test is yet to come.

Early next month, Mrs May will bring her EU withdrawal deal back to the Commons for a vote.

If she is defeated, as looks likely, Corbyn will face huge pressure from his own side to honour his party’s conference decision to back a second referendum.

It will take immense willpower for him to resist.

Jeremy Corbyn has been written off countless times by snooty commentators who disdain his rough and ready style of politics and obvious authenticity.

But he has proved them wrong — repelling two attacks on his leadership of his party and defying all predictions (including my own) that he would be roundly defeated in last year’s General Election.

How ironic it would be that, if Britain leaves the EU on schedule on March 29, it would be partly thanks to the political machinations of the Leader of Her Majesty’s Opposition.

Donald Trump’s moral compass has been broken for many a year. Occasionally, he does something right, however.

The President should be applauded for ordering the withdrawal of U.S. troops from Syria.

Not only is he honouring an election promise, he is also taking an important step towards bringing to an end America’s appalling recent record of bloody intervention overseas.