A “tough” situation. Paul Greene and Candace Cameron Bure have starred in several Hallmark movies before each making the move to Great American Family ahead of her controversial remarks about “traditional marriage.”

“It’s tough. This time, it feels like no matter what I say, somebody’s gonna get hurt,” Greene, 48, exclusively told Us Weekly on Thursday, December 15, referring to the Full House alum’s November WSJ. Magazine interview about GAF focusing on films depicting “traditional marriage” stories. “I think Dave Chappelle said it, that this is, like, the scariest time to speak. There’s never been a time where it feels trepidatious when it comes to having an opinion about anything.”

He continued: “It’s really hard for me to put myself in a position to understand what somebody meant or to put myself in a position of how like maybe the whole queer community might feel around this conversation because I’m neither. Everything I would be doing would be [a] projection or some sort of attempt to understand. But all I know is that Candace has one of the biggest hearts that I’ve ever met.” 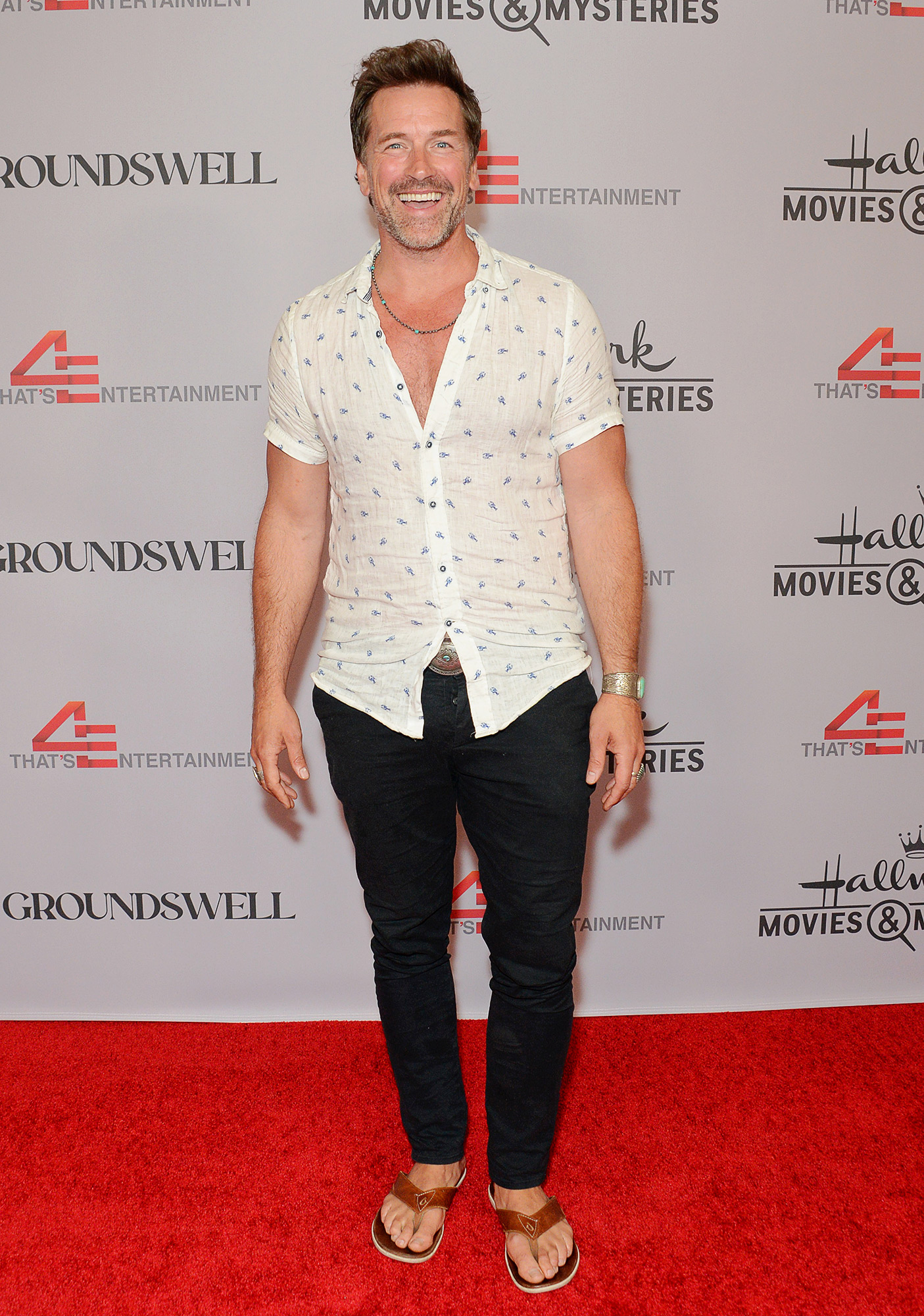 Cameron Bure, 46, initially made headlines last month after stating that she values GAF’s decision to “keep traditional marriage at the core” of its programming.

“My heart wants to tell stories that have more meaning and purpose and depth behind them,” the former View panelist told WSJ. Magazine in November of her decision to leave Hallmark for Bill Abbott‘s GAF. “I knew that the people behind Great American Family were Christians that love the Lord and wanted to promote faith programming and good family entertainment. … I think that Great American Family will keep traditional marriage at the core.”

Cameron Bure, for her part, later issued a public statement clarifying her comments. 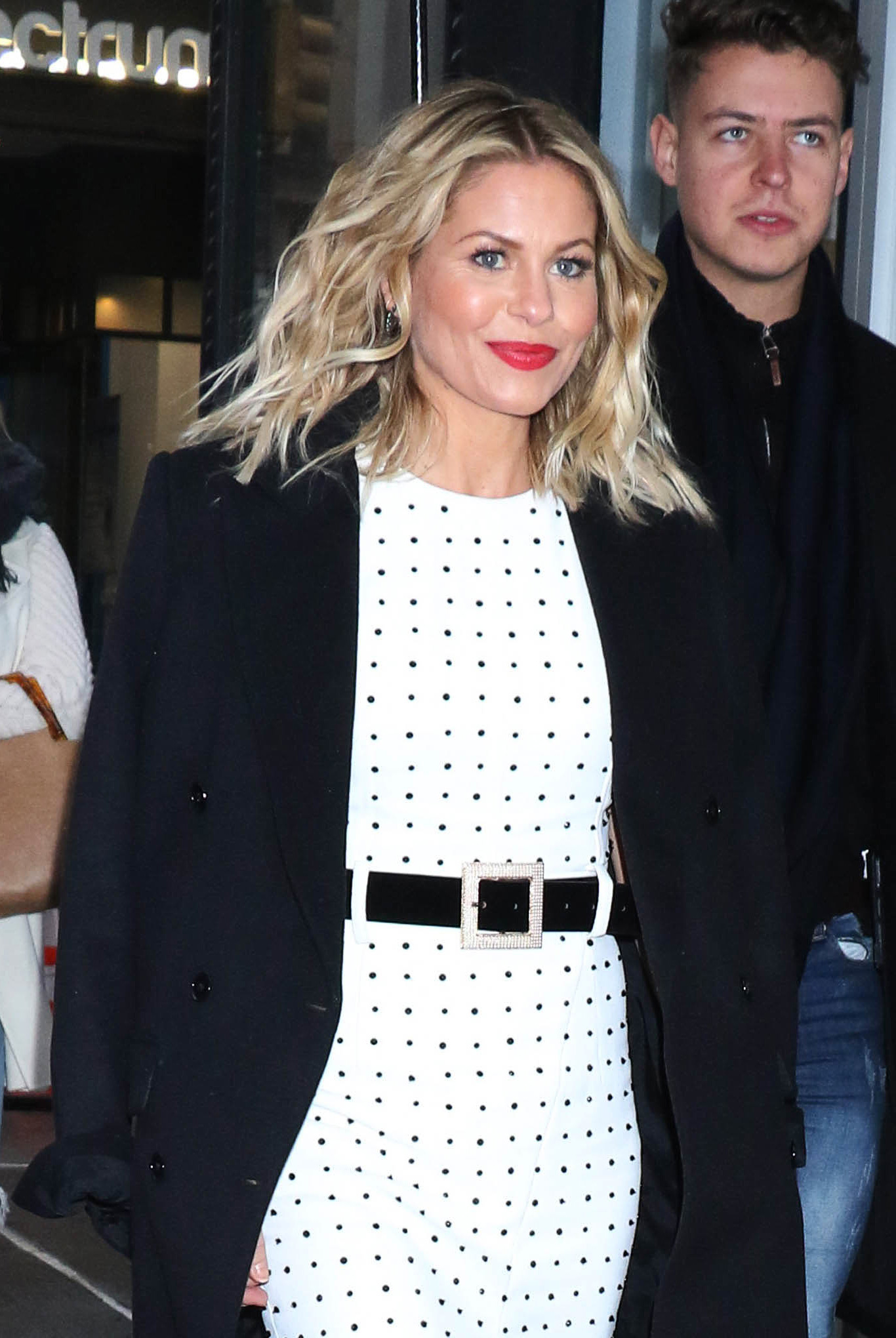 “All of you who know me, know beyond question that I have great love and affection for all people,” the Make It or Break It alum wrote in a November 16 Instagram statement. “It absolutely breaks my heart that anyone would ever think I intentionally would want to offend and hurt anyone. It saddens me that the media is often seeking to divide us, even around a subject as comforting and merry as Christmas movies. But, given the toxic climate in our culture right now, I shouldn’t be surprised. We need Christmas more than ever.”

Cameron Bure has starred in numerous holiday romance films through the years, including two with Greene: A Christmas Detour and On Time for Christmas.

“In all the time I’ve spent with her, there’s absolutely nothing she said that would in any way … line up with the way that what she shared has been made out to [be],” Greene — who has been affectionately nicknamed the “King of Christmas” — told Us, noting he has not read the complete article. “I don’t know if they posted 100 percent what she said. I know that sometimes people tend to leave out and little details that can make the situation even more divisive because I feel like the whole news cycle just thrives on how much we hate each other, which drives me sideways and drives me mental.”

He added: “I just know her heart and I know from who her friends [are] and who she is that she’s not a judgmental person.”

Let It Snow! A Guide to Every Holiday Movie on TV During the 2022 Season

Greene further noted that he has “friends on all sides” of the debate and is “frustrated that nobody’s listening” to one another. “I feel like there’s gotta be a way in all of this for people to listen to one another, to come together to kind of understand what it must be like for the queer community to not have their stories told in a traditional experience like this,” he explained. “And then also for people to listen to the other side so that there’s an understanding and not just go, ‘Well, [Candace] is a X, Y, Z because …’ But actually go and look at the whole picture of who [she is and] what her life is.”

The “Whole of the Moon” musician — who prefers to “tread lightly” in regard to the controversy — also shared an update on how Cameron Bure was coping in light of the situation.

“I think she’s doing well. I spoke to her [after] she just sent me a little text,” Greene said on Thursday. “I think I had said something after she had issued [her Instagram statement]. I got interviewed and I responded … about how she has a lot of love for people and I had mentioned it. She just thanked me for saying that, but other than that, I haven’t spoken much to Candace during this time.”

The When Calls the Heart alum also has an impressive number of holiday movies under his belt, including two that premiered earlier this year. GAF’s I’m Glad It’s Christmas premiered on November 26 and CBS’ Fit for Christmas dropped on December 4.

“I feel like Christmas movies is this kind of, like, this little teddy bear or hot chocolate, rather, whatever thing that brings people together,” Greene gushed about his repertoire of 11 holiday films. “And for maybe 90 minutes or so, they can forget about the things that kind of divide them and then focus more on what brings them together. And these movies make people happy!”