Opioid epidemic was made ‘much worse’ during pandemic: Narcan inventor

Dr. Roger Crystal, CEO of Opiant Pharmaceuticals and inventor of Narcan, says the best way to combat the opioid epidemic is to reduce demand and previews a new opioid rescue medicine.

A federal bankruptcy judge has granted conditional approval of OxyContin maker Purdue Pharma's multibillion-dollar plan to settle lawsuits against the drug company for its role in the opioid crisis.

The plan requires the Sackler family to give up their ownership of the company, and to pay $4.5 billion toward settling the thousands of claims brought by state and local governments and individuals – whom the judge said overwhelmingly approved the agreement. The Sacklers will also be granted personal immunity from future lawsuits, a condition one heir told the court two weeks ago would be a requirement for them to sign off on a deal. 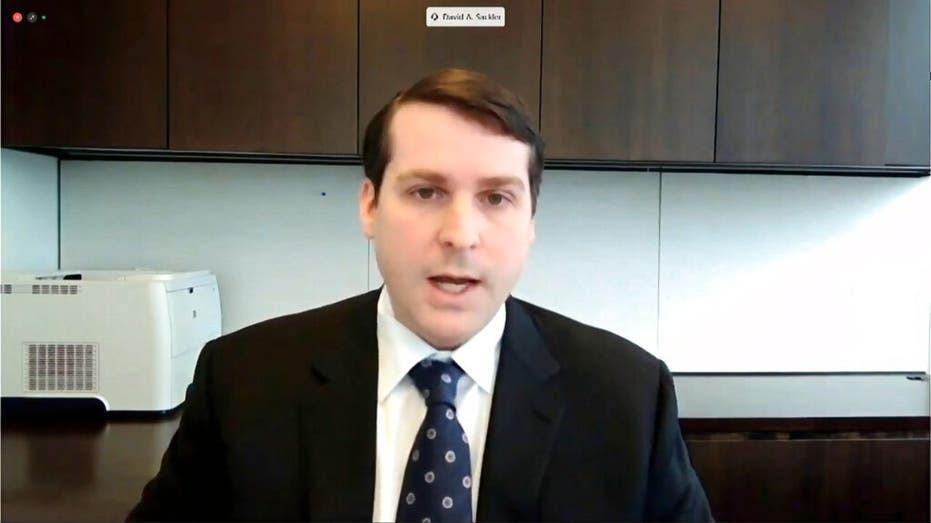 David Sackler, a member of the family that owns Purdue Pharma testifies via video to a House Oversight Committee hearing in 2020. (House Television via AP, File / AP Newsroom)

The Sacklers will not, however, be granted immunity from criminal charges, though none of been brought against any of the family members. The family and company have long maintained that they did nothing illegal in selling OxyContin.

Purdue will be reorganized into a new company under the plan, and its board will be filled with appointed public officials. All the new company's profits will be used for government initiatives to combat the opioid crisis, which has taken the lives of more than 500,000 Americans over the past two decades. The settlement would also include a compensation fund for some victims of opioid addiction, with payouts estimated to fall between $3,500 and $48,000.

Judge Robert Drain, who spoke from the bench for six and a half hours before giving the go-ahead on the settlement, said he would grant official approval of the plan on Thursday as long as a few technical changes were made.

Drain said ahead of issuing his ruling that he holds no "fondness for the Sacklers or sympathy for them."

"Bitterness over the outcome of this case is completely understandable," the judge said. "But one also has to look at the process and the issues and risks and rewards and alternatives of continued litigation versus the settlement laid out in the plan."