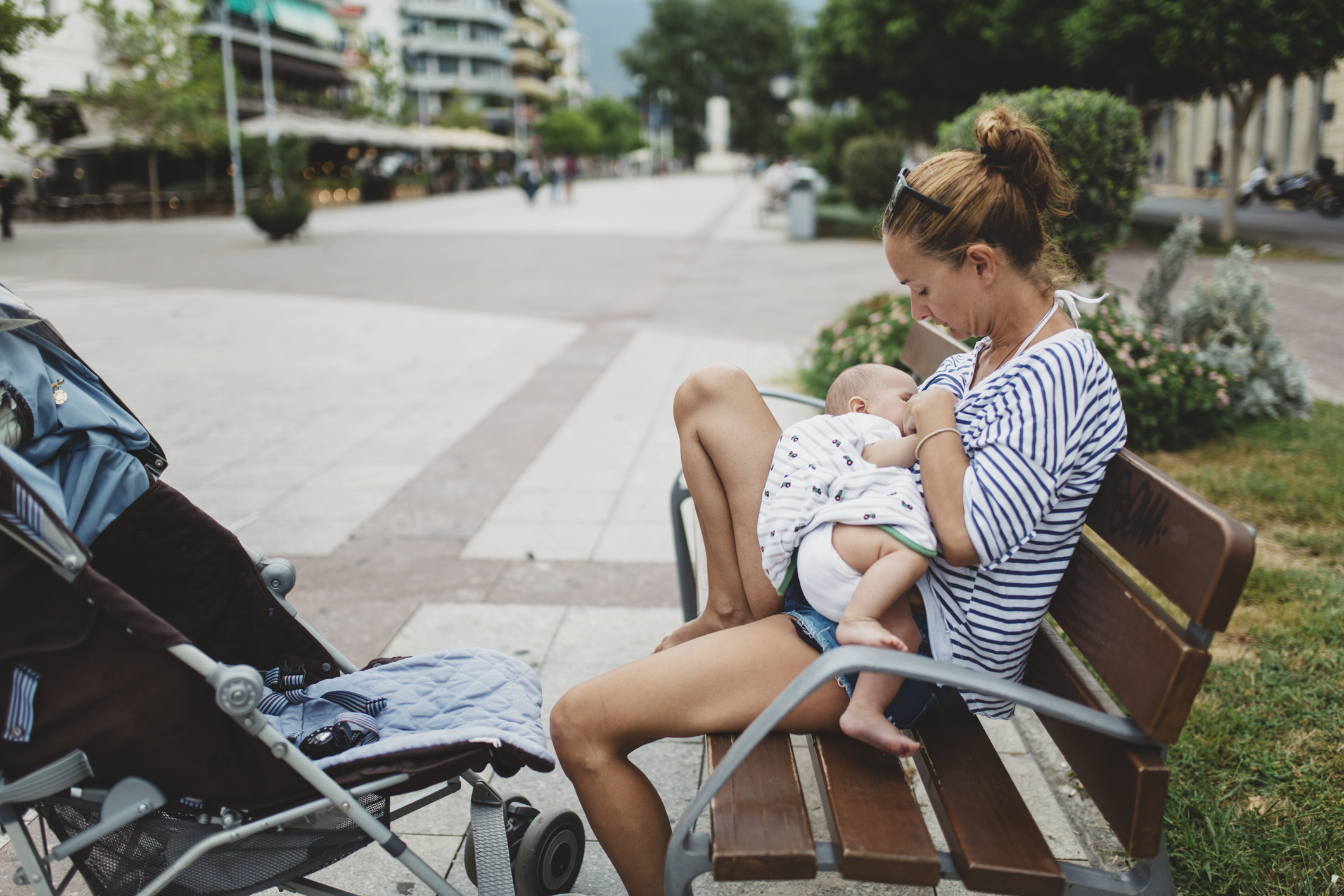 There has been a drastic increase in reports of harassment of breastfeeding women, according to a new report.

Half (52%) said strangers stare – a 30% increase compared with women who historically breastfed, a quarter (24%) have been told to cover up, and a fifth (22%) have had photos taken and received negative remarks – this is a 266% increase.

The report, released by women’s health brand, Elvie, revealed that 36% of mums said the pandemic had increased feelings of anxiety towards public breastfeeding. More than a third (37%) admitted to staying home to breastfeed and 53% said they had hid in their car so they could breastfeed in peace.

Mums also reported the most daunting places to breastfeed were public transport (43%), attending an in-person meeting (43%) and the gym (40%).

‘I was in Costa once, having my lunch and breastfeeding my son, and a man said, “why don’t you cover up? That shouldn’t be happening while people are trying to eat,”’ mum Aoife Ní Chionaoith shared as part of the research.

‘I was so stressed out that I didn’t have any courage to say anything to him. He really knocked my confidence.’

The research wasn’t entirely negative. On the flip side, 35% of currently breastfeeding women said they had received non-verbal reassurance such as a thumbs up or smile from passers-by, a 75% increase compared with women who historically breastfed.

35% also said they’d received reassurance from staff in a shop, restaurant or café, compared with 18% of women who previously breastfed.

Hamila Ali shared her positive experience of breastfeeding in public for the first time while hiking in the Lake District:

‘I’m Muslim and wear a head scarf, so I’m always covered from head to toe and was worried about revealing myself when getting my breast out to feed, in public.

‘But being in nature made me feel really happy and calm, and the air was so fresh. Looking out at the beautiful view while breastfeeding just felt so freeing and natural. I felt like Mother Nature herself.’

‘As businesses reopen, we need to see them creating breastfeeding-safe spaces so mums feel comfortable about breastfeeding and pumping in public.

‘The more we support mums to breastfeed and pump in public, the more normal it will become. Normalising breastfeeding is so important if we want to improve breastfeeding rates in the UK, which remain some of the lowest in the world.’