Many Australian authors write evocatively about place. Here are 10 (mostly) new books that bring our land to life. 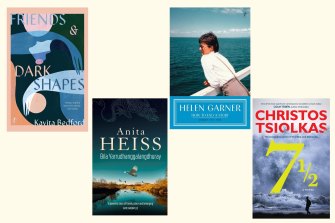 Australian-Indian author Kavita Bedford set out to write a love letter to her native Sydney, but it turned into a novel, her first, Friends & Dark Shapes. Inspired by coming-of-age stories set in other great cities, it is the tale of a woman in her late 20s who moves into a share house in Redfern a year after losing her beloved father. Dealing with grief, Millennial angst, racism and being an outsider in your own city, it is also an insightful portrait of the NSW capital, capturing its natural beauty as well as its darker side: “It is beautiful. But it looks fake.”

Anita Heiss’s Bila Yarrudhanggalangdhuray (Wiradjuri for “River of Dreams”), which opens in Gundagai, is historical fiction told from the perspective of Wagadhaany, a young Indigenous woman who works as a servant for a white family, the Bradleys. After they survive the great flood of 1852 (thanks to Wagadhaany’s father), they move to Wagga Wagga, taking Wagadhaany with them against her will. A powerful portrayal of pain, injustice and powerlessness, but also a celebration of kinship and connection to land.

Melbourne is a City of Literature, and what would it be without two of its literary greats, Helen Garner and Christos Tsiolkas? In How to End a Story: Diaries: 1995-1998, the third volume of Garner’s diaries, she writes of the fallout from her controversial 1995 book The First Stone, and the bitter unravelling of her marriage. “Writing about my life is the only thing that makes it possible for me to live it,” she says at one point. Candid and flawless, as we’ve come to expect from Garner.

Tsiolkas’s genre-busting new book, 7½, is part novel, part memoir, part meditation on writing and creativity. To be released on November 2, 7½ is set in a small town on the NSW South Coast to which the narrator escapes for a fortnight to write. While its lyrical descriptions of the ocean and its surrounds make it the perfect companion for a beach holiday, there’s also a lot of Melbourne in this book, as the narrator reflects on his childhood in Richmond, and on Victorian beach holidays. Tsiolkas says he wanted to write this time about beauty. And he nailed it. 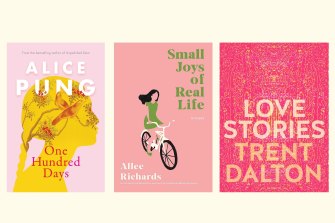 For contemporary fiction set in Melbourne, try Alice Pung’s first book for adults, One Hundred Days, or Allee Richards’ poignant debut, Small Joys of Real Life. In Pung’s novel, smart, sassy Karuna becomes pregnant at 16, to the horror of her over-protective Filipino-Chinese mother, who immediately confines her to their housing commission flat. Pung describes the fraught, push-pull relationship between mother and daughter and their tussle for control over the resulting baby with humour and warmth.

In Richards’ novel, Eva, an actor in her late 20s, finds herself pregnant to Pat, who died two weeks after their one-night stand. She decides to keep the baby and the novel follows her through the pregnancy, as she hangs out with friends and reflects on what might have been. A moving, tender portrait of female friendship, desire, grief and hope.

Have you ever wondered what it would be like to wander around a city, talking to strangers? Gifted with an old Olivetti typewriter, Trent Dalton spent two months doing just that in Brisbane’s CBD, approaching random strangers and asking them to tell him their love stories. He then sat on a street corner for another two weeks, tapping out those stories as well as letters to those he loved. The result is Love Stories. The people he speaks to come from all walks of life, from all over the world, and from their tales he refines his understanding of what love is. A glorious book, Love Stories is, Dalton says, a “gentle middle finger to 18 months of global pandemic”. 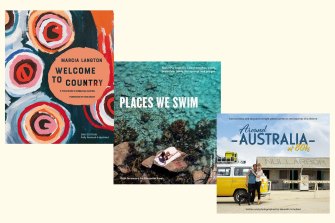 Finally, three books to inspire those hoping to travel around Australia when borders open up. Out on November 17 is a second edition of Marcia Langton’s bestselling 2018 travel guide to Indigenous Australia, Welcome to Country. With a wealth of information on Indigenous-owned-and-operated travel businesses, the book includes invaluable advice on etiquette and cultural awareness and everything you want to know about Indigenous festivals, tours, art galleries and national parks.

Also being updated – a new version is due out late next year – is another 2018 hit, Places We Swim, in which Caroline Clements and Dillon Seitchik guide you to 60 of Australia’s best beaches, pools, lakes and waterfalls, some popular, others less well-known. The authors’ criteria were beauty, safety and accessibility, and they include helpful tips on nearby attractions and places to eat and drink.

Around Australia at 80ks charts photographer Meredith Schofield’s 22,000-kilometre trip around the continent with her husband and dog in their beloved yellow kombi. They drive onto beaches and boats, down isolated roads and through ancient lands, travelling more than three months through four states and one territory for an authentic, off-the-beaten-track experience. Crammed with tips about the best places to camp, swim, snorkel and eat, it’s illustrated with Schofield’s stunning photographs.

To read more from Good Weekend magazine, visit our page at The Sydney Morning Herald, The Age and Brisbane Times.

The best of Good Weekend delivered to your inbox every Saturday morning. Sign up here.