Fake reality? Fans of The Kardashians are noticing some big discrepancies during the season 1 finale family meeting — leading them to believe the whole thing may have been staged!

“The family meeting was filmed January 31st based on Kourtney’s outfit, [but] Khloé found out end of November/beginning of December when the documents leaked and she did attend Christmas with the fam,” a Redditor noticed about the Thursday, June 16, episode. “So the meeting was staged.” 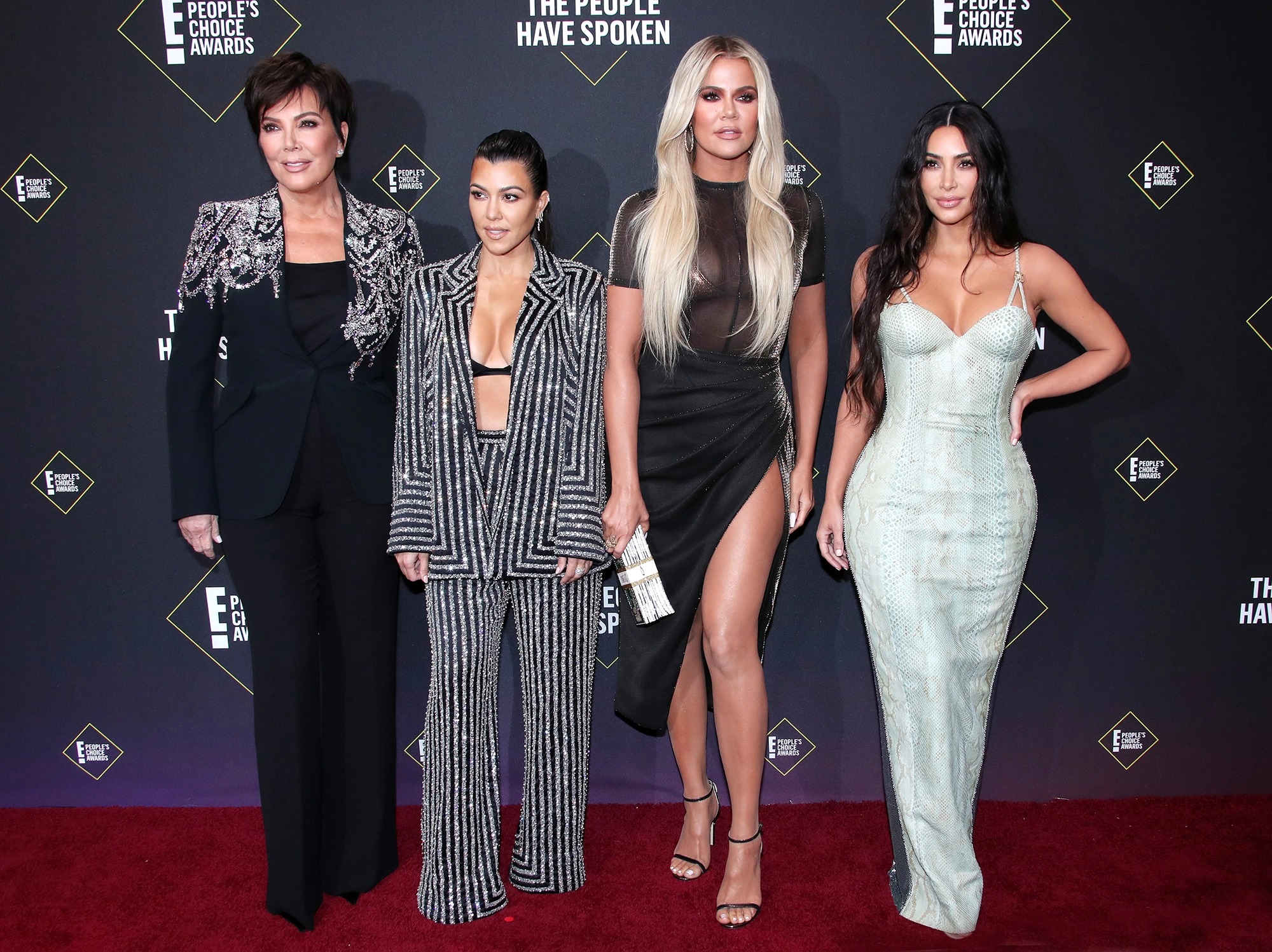 The scene, in which Kourtney Kardashian, Kim Kardashian, Kris Jenner and Corey Gamble gather together for a family discussion, is meant to take place one day after the KKW Beauty founder, 41, discovered documents that revealed Khloé Kardashian’s ex Tristan Thompson may be the father of Maralee Nichols’ son.

However, things may not be what they seem. Kourtney, 43, can be seen wearing the same black jumpsuit suit as when she was photographed out in Malibu with husband Travis Barker and their children over a month later in January 2022. While that could mean the Poosh founder simply repeated an outfit, her matching silver nail polish has internet sleuths thinking otherwise. 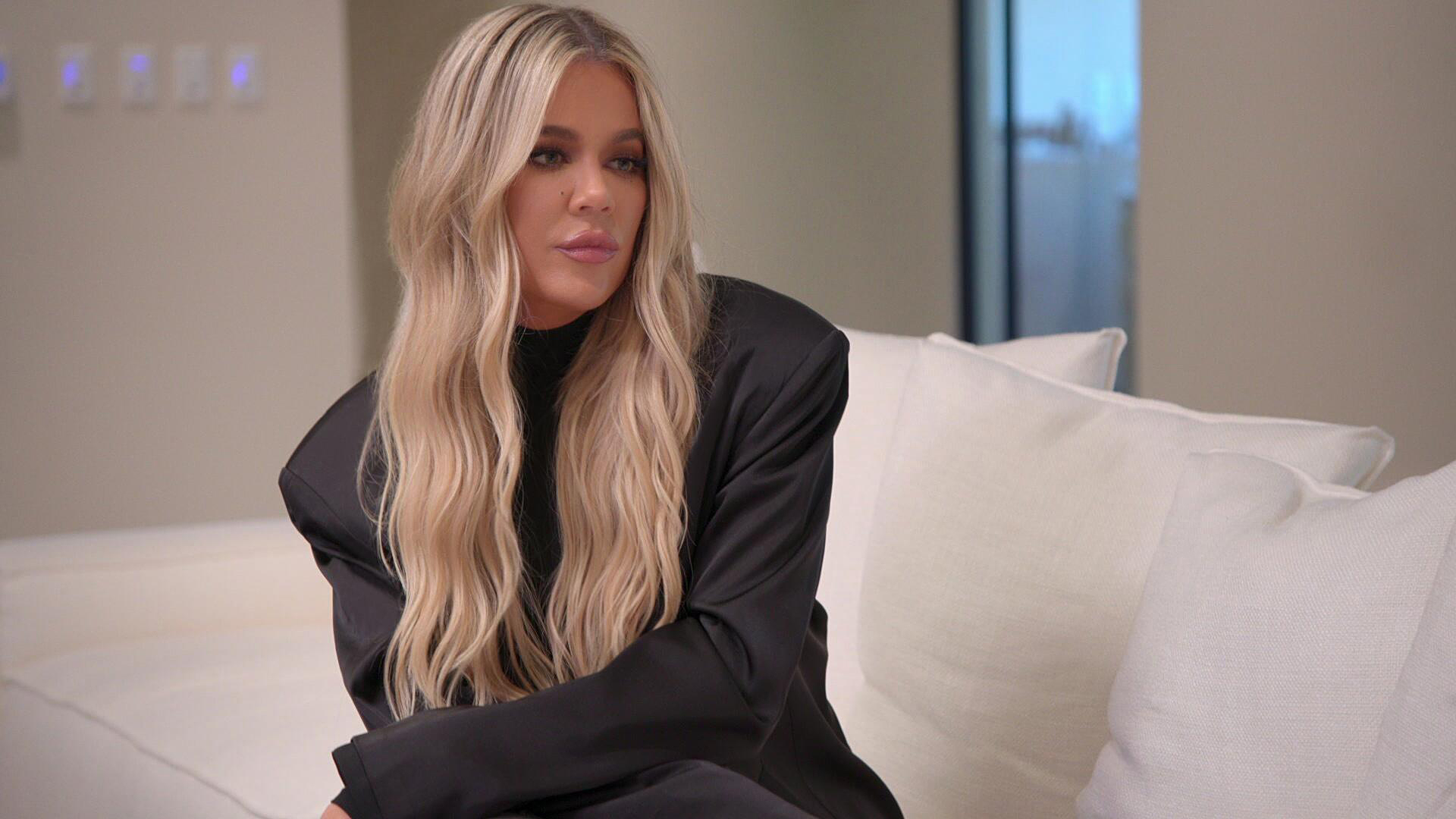 “Her nails are chrome in the episode,” one user pointed out. “In these pap shots, they are as well, chrome … I’m a nail technician, and lemme tell you, chrome chips soo quickly.”

Fans also noticed that the Skims CEO mentioned the family Christmas card during the scene in question, wondering if her motive was to make it seem like it shot around the time the lawsuit became public.

“Then Kim mentioned the [holiday] photoshoot to convince us it was December … 💀,” another commenter quipped.

The Good American founder, 37, recently took to social media to praise her family for the support they displayed at the time.

“This was definitely a tough episode but there’s so much beauty in watching how close my family is,” Khloé wrote via Twitter in regards to the finale. “We’ll always stick together and love one another deeply.”

Some viewers, meanwhile, were less impressed, claiming that there was a lack of energy that felt inauthentic to the show.

“Explains why they were so emotionless about it all,” a fan commented after the episode had aired. “I wish they had stuck to a real timeline rather than jumble it around to have a good final episode. Do better Hulu.”

The Khloé & Lamar alum, for her part, spent most of the final season 1 installment hiding from the cameras to process the betrayal but made a brief appearance to explain that she was embarrassed to be dealing with things so publicly.

“I find out what Tristan is doing with the rest of the world,” Khloé explained in a confessional during the episode. “A courtesy would be not doing it, but fine, if you do it, you’re not even going to give me a heads-up before the rest of the world? It’s just an additional slap in my face. It’s humiliating.”

31-year-old Thompson’s lawsuit first came to light in December 2021 and Us Weekly confirmed later that month that Nichols, 31, had given birth. The athlete later confirmed his paternity via social media in January, issuing a public apology to Khloé, who he was still dating when his son was conceived. (Khloé and the athlete also share daughter True, 4.)

Prior to The Kardashians premiere in April, the Revenge Body author told Variety that Thompson’s transgressions wouldn’t be a “long drawn out situation” on the series but also wouldn’t be avoided. “We try as a family to protect the privacy of our partners or significant others, since they didn’t really sign up for this; we did,” she said in March. “But if something is really public like this was, it would be strange if Tristan was a part of the show and then all a sudden he disappears and we don’t ever talk about it.”