NEW YORK — A group of New York City exotic dancing clubs sued New York state Thursday, saying it’s not fair that they’re being kept closed when everything from axe-throwing venues to bars with live music and casinos can open up.

The lawsuit filed in Manhattan federal court claimed that thousands of employees are forced out of work by the state’s ban because of the coronavirus. Defendants included Gov. Andrew Cuomo and the state's liquor licensing authority.

Exotic dancing clubs including “Starlet’s,” “Sugar Daddy’s” and “Gallagher’s 2000” in the borough of Queens asked the court to declare it a violation of the First and 14th Amendments to keep their clubs closed while letting other enclosed establishments open up.

The lawsuit comes as the state’s widening of rules for bars and restaurants have led many to open this week.

It also was filed after similar clashes between establishments that allow nudity or dancing in other states. In December, a judge in California let two San Diego strip clubs make their own determinations about providing a safe environment for dancers and patrons during the pandemic. 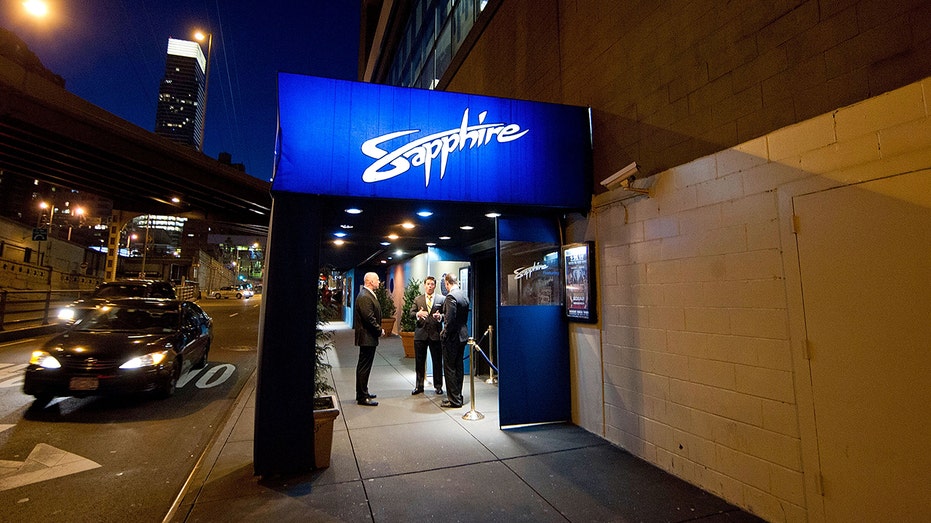 A group of New York City exotic dancing clubs sued New York state Thursday, saying it’s not fair that they’re being kept closed when everything from axe-throwing venues to bars with live music and casinos can open up. (Photo by Ben Hider/Getty Images

A message seeking comment was sent to the state attorney general's office, which said any comment must come from the governor's office and New York's Department of State. Emails to both were not immediately returned.

The lawsuit, which seeks unspecified damages, maintains that four strip clubs in Queens have been ready to open with COVID-19 safety protocols since the early days of the pandemic.

They pledged to require masks and temperature checks for guests and employees, to keep everyone safely apart and to engage in frequent cleanings of all surfaces with ample supplies of disinfectant throughout the clubs.

According to the lawsuit, at least 41 other states allow similar businesses to remain open.

New York State formally outlawed the operation of strip clubs during the pandemic in early July despite allowing live music indoors, the lawsuit said. It noted that other indoor establishments were also allowed to open at various times, including Saturday Night Live in October.

In recent weeks, Cuomo has announced that large establishments like Madison Square Garden can open and movie theaters were permitted to reopen earlier this month, along with businesses with recreational activities including darts, racket games and axe throwing.

Comedy clubs, nightclubs and Broadway theaters will open in April, the lawsuit noted.