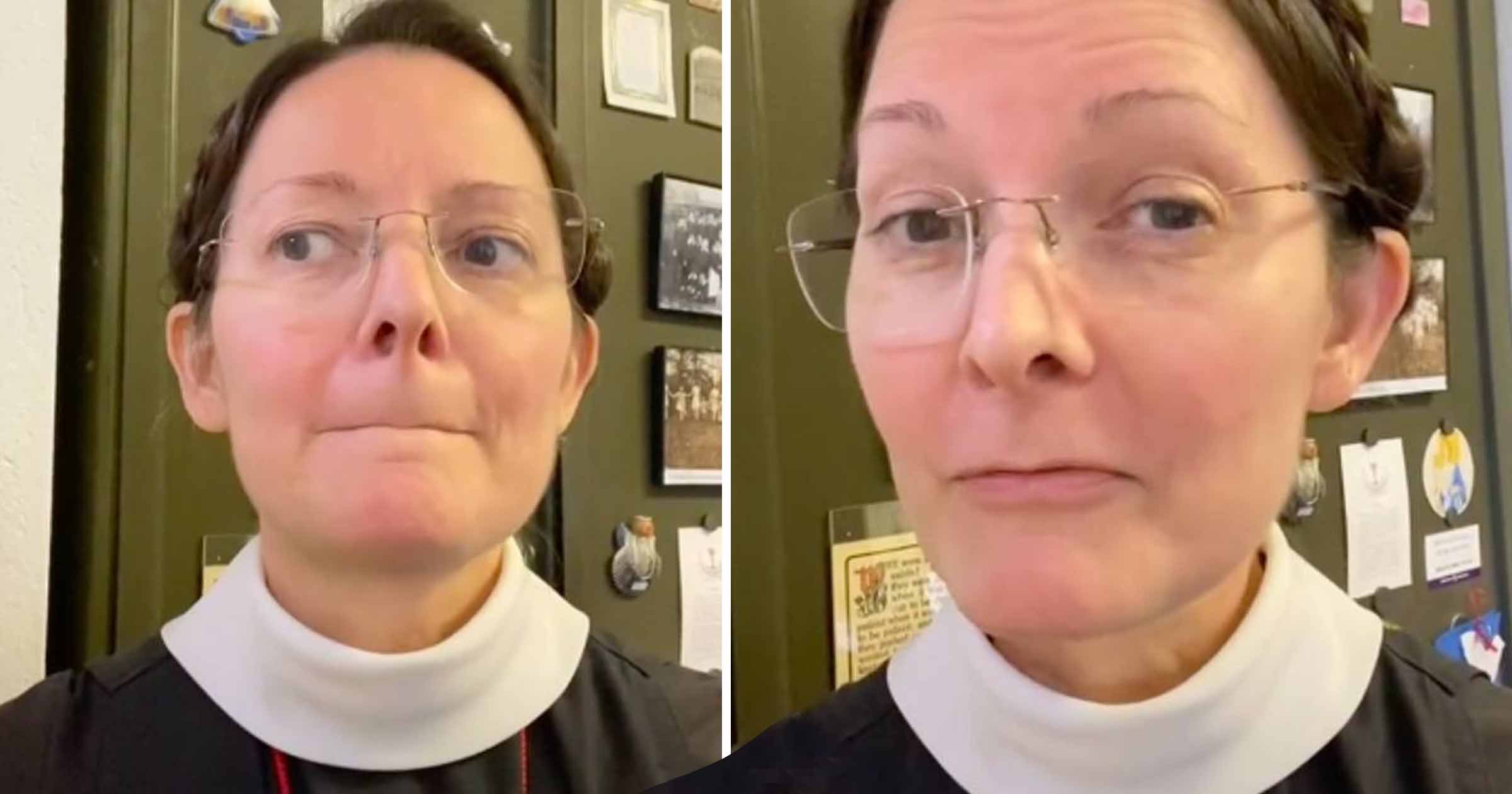 A TikTok famous nun has taken to the app to share her skincare routine and people are calling her the ‘queen of clear skin.’

Claudette Powell, 55, is an episcopal nun from Georgia, USA, who has garnered quite a social media following.

On her platforms, she shares in-depth information about what life is like as a member of a religious community.

However, her devout followers were more keen to know about her skincare routine and how she keeps her complexion glowing and fresh.

In a clip on her page, Claudette said she was surprised that people were so interested in her beauty regime.

‘A bunch of really nice ladies have left comments on here saying that they think I look a lot younger than I am,’ she said.

Claudette, who is 55 but could easily pass for 35, added she was hugely thankful for the lovely messages.

‘People have been sending me direct messages asking what my skincare routine is which is hilarious to me,’ she explained. ‘Because I don’t really have one.’

Claudette said the key to her youthful skin is that she can’t go out into the sun.

‘I probably have a few less wrinkles than some people my age…since the late 1990s I haven’t been able to go out in the sun,’ she noted.

‘I get migraines from the sun…if I go out into the sun I have to wear a sun shade or an umbrella.’

I thought people would be asking questions about transubstantiation and Gregorian chant, but the ladies want the nunly skincare tips. #nunsoftiktok

Lighting is also critical Claudette advises. Having worked in the photography business prior to becoming a nun, she knows the tricks of the trade.

‘Whenever I shoot these videos I shoot them in really good lighting, that’s why I usually stand here,’ she admits. ‘And in low lighting because low lighting is a girl’s best friend.’

‘I never use beauty products because I think it’s a rip off,’ she told followers. ‘My skin is allergic to just about everything on earth.

‘So I wash my face once a day and I have to use things like that Aveeno oatmeal body wash/shampoo that you get in the baby department at the grocery store for six bucks.’

She finished the video by giving some final advice.

‘Carry a parasol, shoot in low light and use baby stuff on your skin,’ she said.

Those in comments couldn’t comprehend Claudette’s age and told her she was ‘a natural beauty.’

‘Definitely seeing a 30-year-old. I’m 25 and my skin looks so much older,’ said another.

Meanwhile, some claimed that Claudette’s skin was so good because she didn’t have to deal with men.

One user joked: ‘It’s because she doesn’t constantly deal with men’s audacity.’

Send us an email at [email protected]