I’ve never been a fan of chintzy florals, but of all the brands which fell into administration after Covid hit, it was Laura Ashley that induced an unexpected pang of regret.

Founded by Laura and her husband Bernard in the 1950s, by the end of the 1970s there were more than 70 Laura Ashley shops worldwide. They expanded into home furnishings in the 1980s, and by the turn of the millennium sales exceeded £200 million. A home wasn’t a home unless it had a Bramble print bedspread. 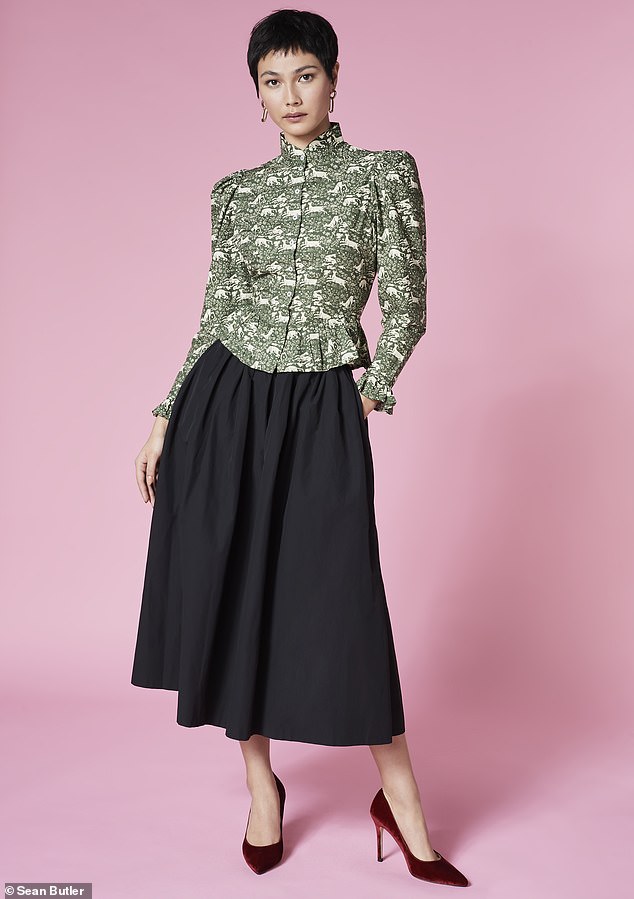 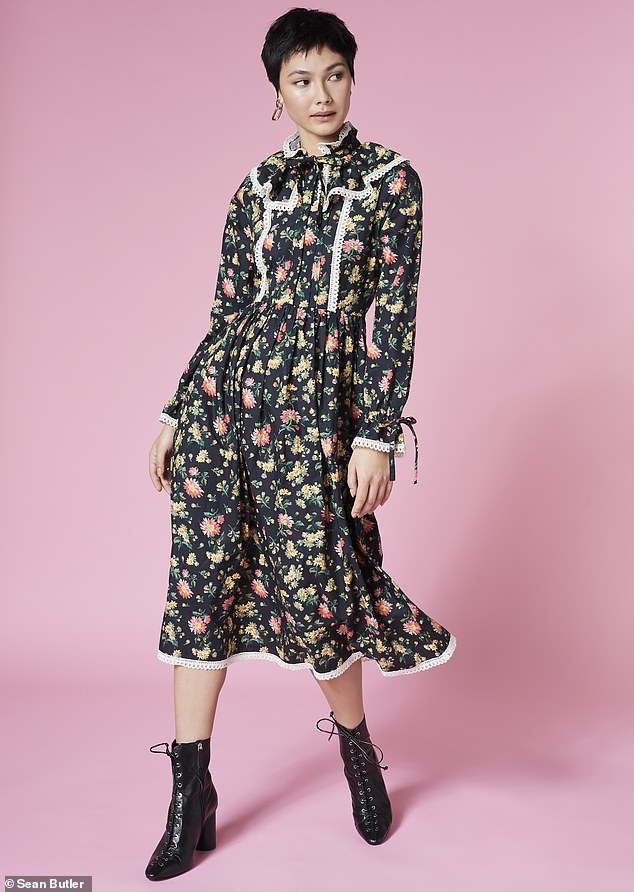 Fast-forward to 2016 when a young American designer, Batsheva Hay, took a vintage Laura Ashley dress to be altered in New York. The dress, re-cut to her own design, received so many compliments that she went on to create her eponymous label.

Batsheva says her first fashion memory is of a Laura Ashley dress she wore at the age of four, so it’s fitting that she’s returning to where it all began with this collaboration with the once-iconic British label.

The Laura Ashley brand was bought out of administration by an American firm, but now focuses solely on homeware — so this limited-edition collection is your only chance to get your hands on a modern Laura Ashley dress. 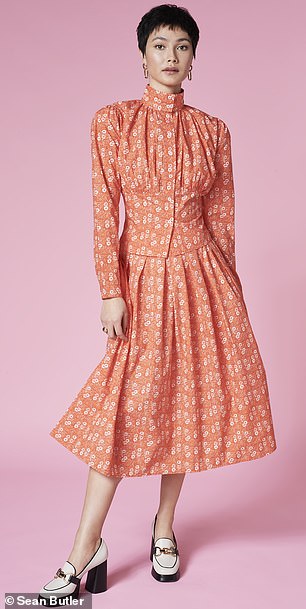 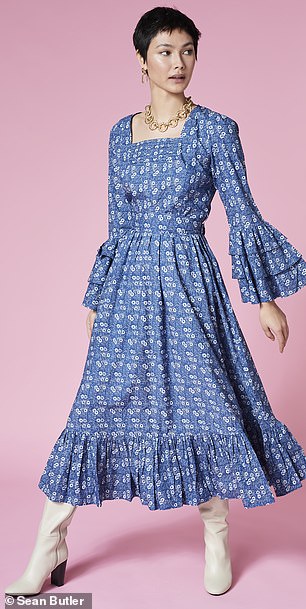 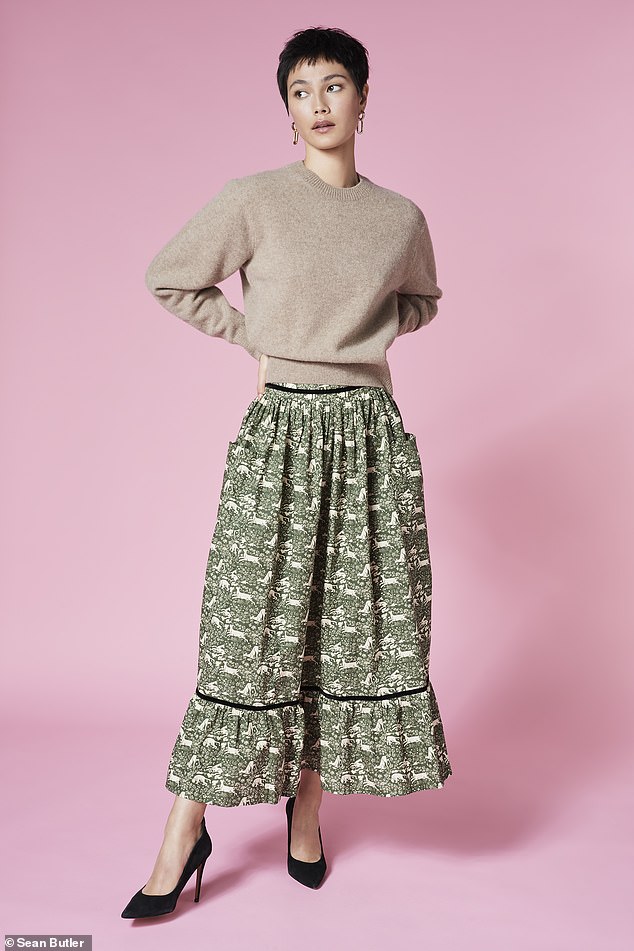 It’s such a treat to find beautifully made, classic cotton dresses. There’s the green and white Cumbria print mini-dress with high neck and pleated yoke (far right), which gives it a great full shape.

The midi-skirt in the same print (third from right), with its deep pockets and black velvet trim, would be a welcome addition to my wardrobe.

There’s a matching blouse available but I like pairing the skirt with an oversized knit. 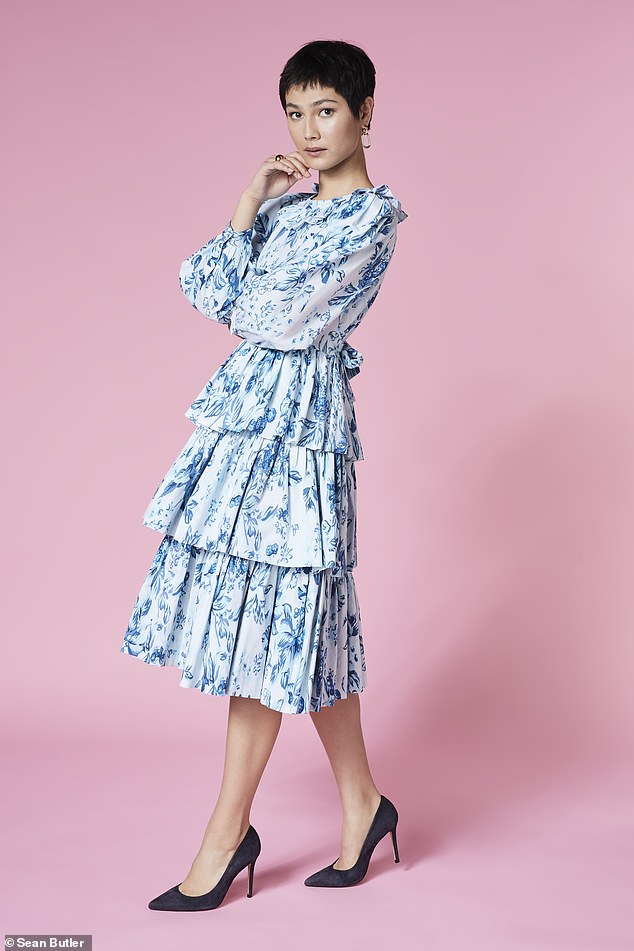 With prices ranging from £127 to £262, it’s not the most affordable collection, so have a rummage at the back of your wardrobe. If you find an original Laura Ashley lurking there, why not get it altered? After all, that’s how this all began. 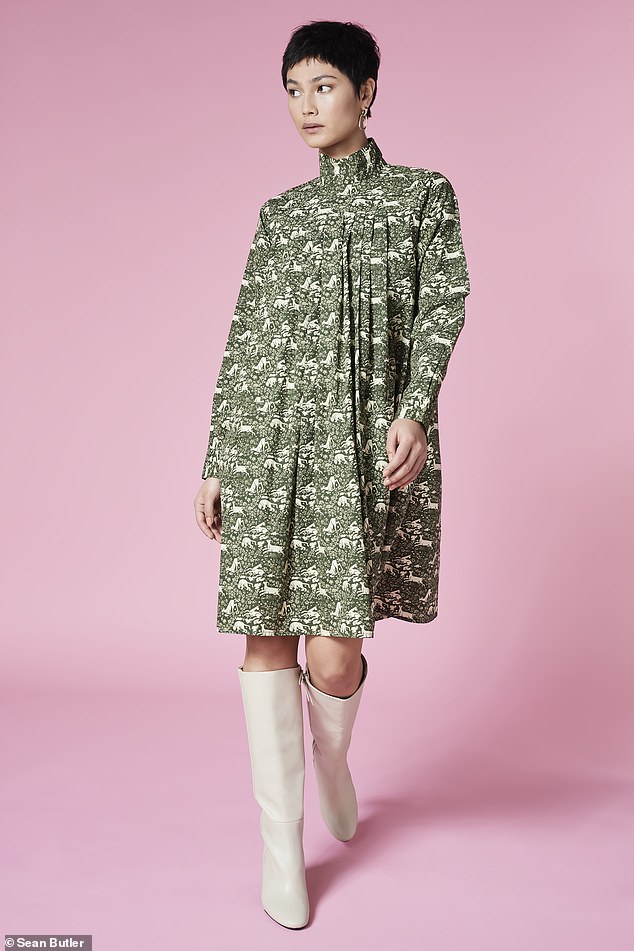