SUPERMARKETS are hiding the damning evidence of stock shortages by filling store display gaps with whatever they can.

Some supermarkets have been seen to disguise empty shelves and chiller cabinets by filling them with random items that they do have in stock. 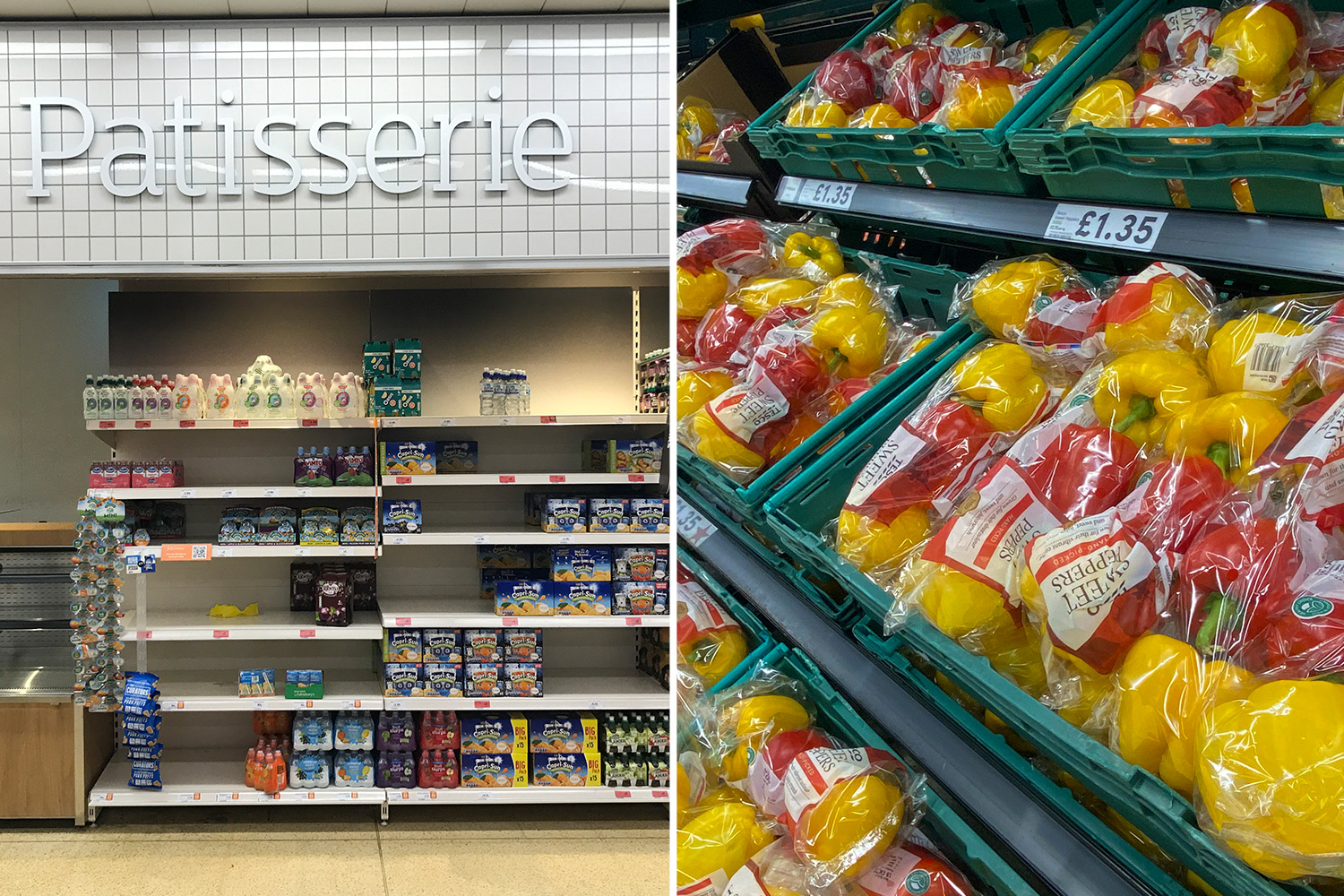 Obscure and lower demand items including HP sauce, salad cream and cooking oil have cropped up in a few more front and central locations in shops.

Meanwhile, Quality Street, Celebrations and Dairy Milk have been put in what would otherwise be empty fruit and veg sections.

An industry source said: “Retailers know there is some tension in the air and don’t want to see panic buying.”

So to make the supermarkets appear more stocked up than they are, they have been filling the gaps with other products that haven't necessarily been impacted by the shortages.

But the PM has warned that food shortages could last until Christmas as the crisis continues.

Tesco has even warned that Christmas panic buying could be worse than the first lockdown in the midst of the chaos.

The HGV crisis shows little sign of improving and retailers are reporting shortages across the board.

Experts estimate that the nation faces a huge shortfall of 100,000 drivers – meaning not enough deliveries of food, essential goods and more are being delivered to meet demand, especially in the run up to Christmas.

The random stock that is filling the supermarkets shelves for the time being though, comes as supermarkets have been seen to be prioritising Christmas goods over other basic supplies.

It's as Brits rush to buy festive staples, worried they'll run out of those before the holiday period as well.

But at least shoppers will know exactly where they can pick up chocolates, sauce and other lesser thought of products for now, though they might not make up the healthiest of grocery shops in carts this week.

However ministers have begged shoppers to carry on as usual — and insisted the situation in ports, where shipments are piling up due to the lack of lorry drivers, is starting to improve.

While the government is trying to peel shoppers away from panic buying though, retailers insist you have to buy things like Christmas toys now or face missing out.

Also in line with the worry of stock shortages, recruiters warned of a shortage of seasonal workers thanks to a huge number of job vacancies.

But many stores have attempted to combat this by advertising for thousands of staff over the festive period.

Not only within the shops, but lorry driver recruitment has seen bonuses of £1,000 offered out from stores like Tesco and Asda in recent months.