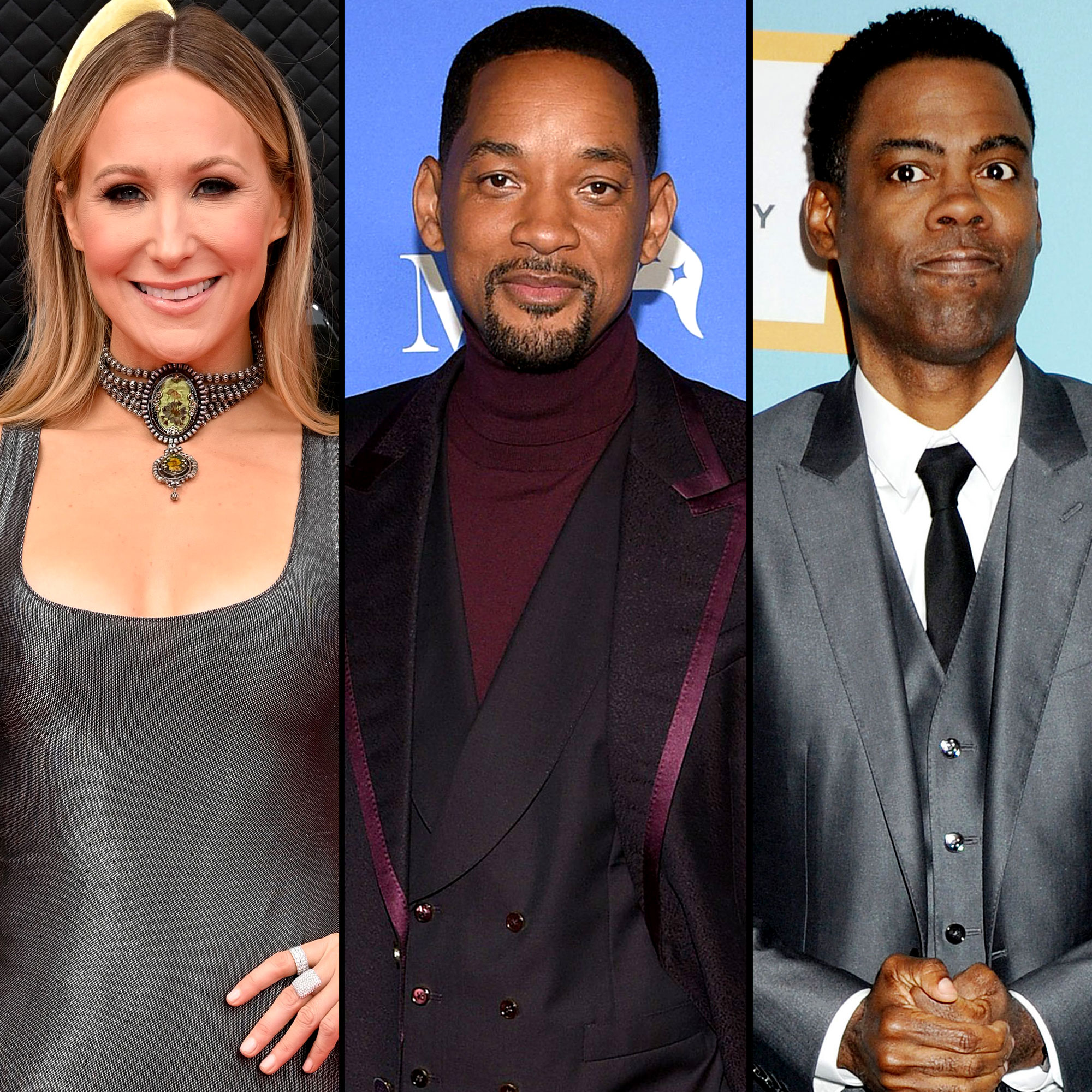 Offering some insight. While reflecting on her career as a stand-up comedian, Nikki Glaser discussed her personal feelings on Will Smith publicly slapping Chris Rock because of a joke.

Will Smith and Chris Rock’s 2022 Oscars Incident: Everything to Know

“I accept Will Smith’s apology, not on behalf of Chris Rock, but for him, I can tell that he is ashamed of how he behaved. I trust that he is going through things that we don’t understand,” Glaser, 37, exclusively told Us Weekly while promoting her new show Welcome Home Nikki Glaser?, which premieres on Sunday, May 1. “Because you do not do that if you are not in pain. So, I actually have a lot of empathy for Will Smith.”

The TV host noted that she was initially “horrified” by what happened at the 2022 Oscars. “[I was] kind of scared for myself in terms of what kind of ideas people might get with copycatting someone who is arguably one of the safest men ever,” she explained. “I do think that I forgive him and that he did the right thing with that Instagram statement. I am ready to accept him back into the world if he shows that he has grown from it.”

Late last month, Smith, 53, made headlines when he was involved in an altercation at the 94th annual Academy Awards. While presenting an award, Rock, 57, made a joke about Jada Pinkett Smith appearing in G.I. Jane 2 because of her shaved head. Pinkett Smith, 50, who has alopecia, rolled her eyes before the Philadelphia native approached the stage and slapped the comedian.

The Fresh Prince of Bel-Air alum later issued an apology on social media directly to Rock before announcing his resignation from the Academy of Motion Picture Arts and Sciences. Earlier this month, the organization confirmed that Smith was banned from all Oscars events for 10 years as punishment. The actor, for his part, said in a statement to Page Six, “I accept and respect the Academy’s decision.”

While reflecting on the incident, Glaser explained how she would have approached making a joke about Pinkett Smith if she was in the same position.

“It’s a dumb little throw away joke. I would not have known about her alopecia. I would’ve said that [I am] just joking. And if he slapped me, I would be so embarrassed and so scared because it’s an assault,” she shared with Us. “But I do think that I would apologize for hurting someone [Will] loves and actually hurting Jada in that way. Not knowing about her history of alopecia, not knowing how painful alopecia is for people who suffer with it and saying, ‘Listen, now I won’t do that again.’”

Celebs React to Will Smith Slapping Chris Rock at Oscars 2022

The FBOY Island host also recalled how her experience with stand-up comedy has affected her approach to humor. “My intent is never to offend or hurt anyone’s feelings. Now that doesn’t mean that I don’t accidentally do that sometimes,” she told Us. “The difference between me and I think a lot of comedians now is that comedians always say that they will not apologize. It’s just a joke. I acknowledge that jokes can hurt and I will apologize if I hurt someone.”

Glaser’s professional and personal life will be at the forefront of her upcoming reality series. The Ohio native credited her interest in reality TV for helping her know what she wanted her own show to look like.

“The persona I have in the public eye is already as close to a reality show character that you would see because I’m not pretending to be anything I’m not. I really am honest all the time with everything I do and that wasn’t always how I started out,” she mentioned. “I’m still a work in progress that’s trying to accept myself, but I really do know who I am now. I know my limitations and I am really comfortable being myself.”

Glaser continued: “The only reason I did this reality show was because I was at a point where I was ready to be completely honest. I wouldn’t have done it otherwise because I’m a reality show connoisseur and I want my reality as organic as possible. I don’t wanna see stuff that is manufactured. I did not set out on a course to pitch a reality show until I knew that I was ready to show every little bad part of myself and it turns out I’m not such a bad person.”

With reporting by Leanne Stanton